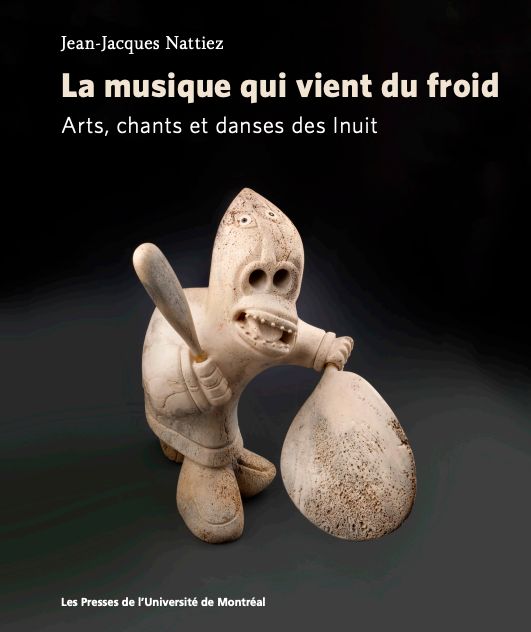 A potential cover for the book on Inuit music by University of Montreal professor Jean-Jacques Nattiez. Over 500 pages in length, it will include pictures of the over 200 carvings and prints that are part of the Tusarnitut! exhibit and his private collection. (Image courtesy of Jean-Jacques Nattiez)

Tusarnitut! Music Born of the Cold is a passion project for Montreal musicology professor and co-curator Jean-Jacques Nattiez

A new exhibit on Inuit music will open  at the Montreal Museum of Fine Arts this fall.

Tusarnitut! Music Born of the Cold brings together anthropology and art history to showcase connections between Inuit visual art and music.

Through carvings, prints, drawings and audiovisual installations, Tusarnitut! aims to explore the diversity and breadth of Inuit music.

Nattiez has been studying Inuit music since the 1970s and said Tusarnitut! focuses on music that is part of two main traditions: Inuit throat singing and drum dancing.

He said the exhibit introduces visitors to the history of the two. 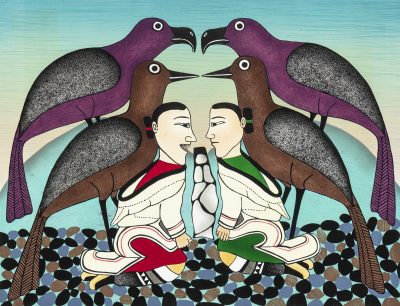 “Of course, people have heard sometimes of Inuit singing, but they don’t know of it in detail. This will be an occasion for them to know, to see and to hear a lot of examples and types [of Inuit music].”

The audiovisual installations are supported by carvings and prints “to show the public the connections in the way Inuit music is illustrated.”

A carving Nattiez holds dear that will be part of the collection is one that he purchased from an artist during a visit to Igloolik in Nunavut in 1974.

It shows an igloo within which there are Inuit women singing, and right in the middle is a drum dancer beating his drum, 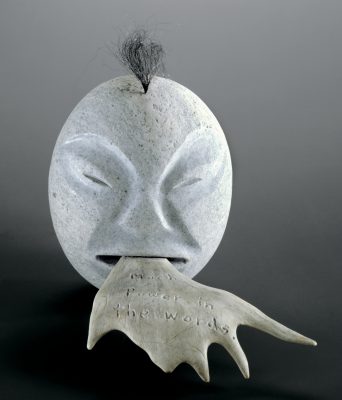 “[The carving is] demonstrating how the performance of the drum dance was done in the old times,” Nattiez said. “I particularly like this because of the quality of the carving, and because it’s a great way of demonstrating this one dance [through] Inuit art.”

While the study and collection of Inuit music, carvings and prints is a passion project that Nattiez has worked on for more than four decades, he said he hopes those visiting the exhibit “become aware of the richness and the variety of Inuit culture.”

Nattiez is also releasing a book about his collection of Inuit music this October through the University of Montreal press. Over 500 pages in length, it will include pictures of the over 200 carvings and prints that are part of the exhibit and his private collection.

Tusarnitut! Music Born of the Cold will be open to the public from November 2022 – March 2023. Those interested in attending can find more details on the museum’s website.