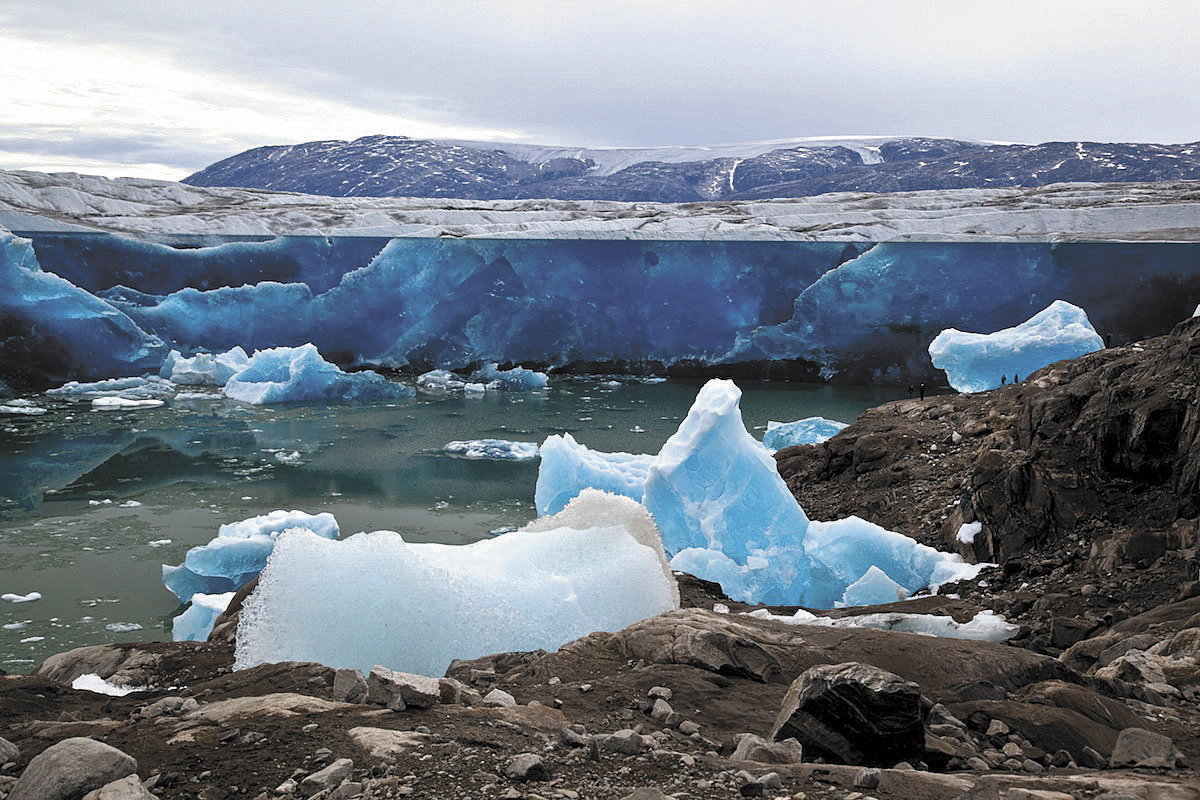 A report by the the Intergovernmental Panel on Climate Change predicts the Arctic and its peoples will experience dramatic, unstoppable change by the end of this century. (File photo)

The Canadian wing of the Inuit Circumpolar Council is calling for immediate cuts to global greenhouse gas emissions, following the release of a new United Nations panel report on the future impact of climate change on the planet’s oceans and ice-covered regions.

The report, released on Sept. 25 in Monaco, predicts the Arctic and its peoples will experience dramatic, unstoppable change by the end of this century.

Prepared by the Intergovernmental Panel on Climate Change, the report summarizes the latest scientific evidence on the impact of climate change on oceans and the cryosphere.

“The rapid changes to the ocean and the frozen parts of our planet are forcing people from coastal cities to remote Arctic communities to fundamentally alter their ways of life,” Ko Barrett, vice-chair of the IPCC, said in a statement.

The projected changes will include accelerating decreases in sea ice extent, infrastructure damage caused by melting permafrost, and a greater risk of food- and waterborne diseases.

In many areas, rising sea levels will threaten communities, and storms will increase in number and intensity.

And even if greenhouse gas emissions were “sharply reduced,” sea levels will continue rising for centuries, fed by melting glaciers, ice caps and sea ice.

That 110-centimetre sea-level increase projection is greater than one metre.

Also, the oceans are getting warmer.

That’s because they’ve absorbed 90 per cent of the excess heat generated by the planet’s climate system.

This is already causing more acidification, and a loss of the oxygen and nutrients that sea life requires, causing big changes to fish and sea-creature populations.

“Shifts in the distribution of fish populations have reduced the global catch potential. In the future, some regions, notably tropical oceans, will see further decreases, but there will be increases in others, such as the Arctic,” the IPCC said.

For the Indigenous peoples of the Arctic, the expected changes mean disruptions to hunting, fishing and gathering that will harm livelihoods and cultural identity.

And the report’s cryosphere findings are that Arctic sea ice is declining at a more rapid rate than previously projected.

“If global warming is stabilized at 1.5°C above pre-industrial levels, the Arctic ocean would only be ice-free in September—the month with the least ice—once in every hundred years. For global warming of 2°C, this would occur up to one year in three,” the report found.

The report says this could affect global trade and economies linked to traditional shipping corridors, and poses risks to Arctic marine ecosystems and coastal communities.

“Even if global warming is limited to well below 2 C, around 25 per cent of the near-surface (three-to-four-metre depth) permafrost will thaw by 2100. If greenhouse gas emissions continue to increase strongly, there is a potential that around 70 per cent near-surface permafrost could be lost,” the report said.

And this already means Indigenous peoples are adjusting their travelling and hunting activities, and adapting in other ways, depending on funding, capacity and institutional support.

For the Canadian wing of the Inuit Circumpolar Council, the report vindicates what Inuit have said for years.

“This report proves what Inuit have been saying for decades. Warming oceans and air mean reduced ice coverage, rising sea levels, contributing to flooding in low lying areas, and the erosion of our shorelines resulting in massive relocations of infrastructure and people,” Ell-Kanayuk said.

Ell-Kanayuk also pointed out that the impacts on Inuit are compounded by non-climate factors like social inequities.

So ICC-Canada wants the world’s governments to do more to reduce greenhouse gas emissions, especially at the next UN conference on climate change, COP25, which is scheduled for Santiago, Chile, this December.

Paul Crowley, who is vice-president of the World Wildlife Fund-Canada’s Arctic program, said the IPCC report unfortunately confirms the warnings that environmental activists have issued for years.

“It’s the whole package that’s worrisome. It’s the whole thing. It’s the layers of impact. One of them may be manageable, but when you add on more, it becomes unmanageable and harder to understand,” he said.

But at the same time, the climate crisis creates an opportunity for the peoples of the Arctic to act as watchdogs.

“It’s the opportunity to be the eyes and ears of the Arctic for the world and to understand, through guardians programs for, say, the new national marine conservation area at Tallurutiup Imanga and potentially for the protected area of Tuvaijuittuq. There’s an opportunity there to set up a conservation economy,” Crowley said.

Intergovernmental Panel on ... by NunatsiaqNews on Scribd