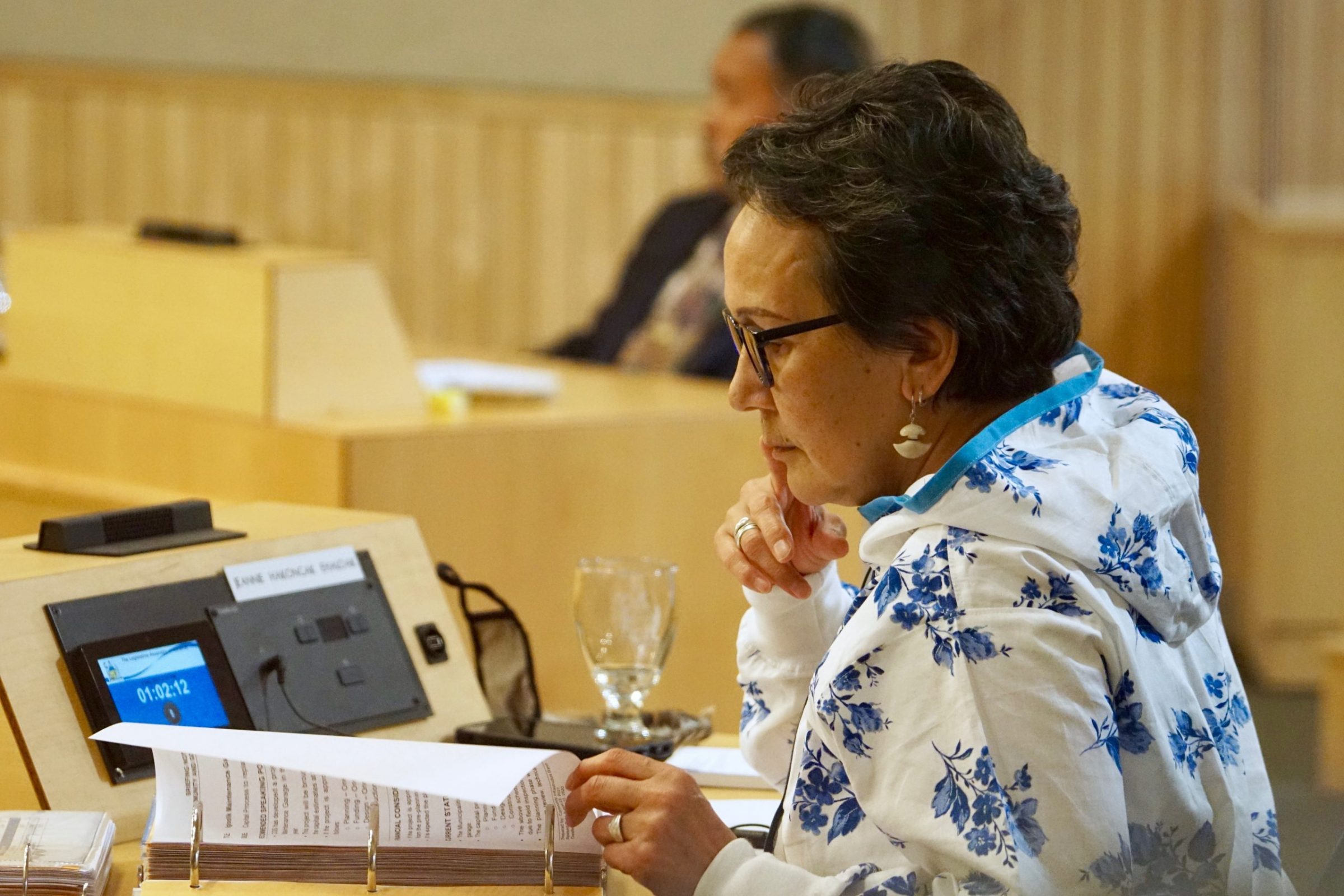 Jeannie Ehaloak, Nunavut’s minsiter of community and government services, spearheaded Bill 55, which MLAs passed during the recent sitting of the legislative assembly. (Photo by Mélanie Ritchot)

Inuit organizations say they will take the Nunavut government to court over changes to a property-tax law recently passed in the legislature.

The amendments to Bill 55, passed on Sept. 16, change how the territory’s mines are taxed. Nunavut Tunngavik Inc. says that it worries that the changes could leave Inuit organizations, who own surface and subsurface mineral rights across a big chunk of the territory, on the hook in the event that a mining company goes bankrupt.

A joint statement from NTI and the territory’s three regional organizations described the bill’s passage as “an astonishing and inexplicable act,” and expressed their  “disappointment and disapproval in the strongest terms.” 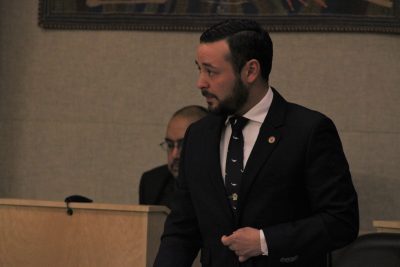 Iqaluit-Manirajak MLA Adam Arreak-Lightstone said he’s “grown frustrated with the tone of accusation” from Inuit organizations regarding Bill 55, which was passed into law last week’s sitting of the legislative assembly. (Photo by David Venn)

Iqaluit-Manirajak MLA Adam Arreak Lightstone told the legislature during its fall sitting —  before it was dissolved and elections began — that NTI’s concerns were misplaced.

He said Inuit organizations are “very capable” of writing lease agreements that ensure mining companies are responsible for their taxes.

“I for one have grown frustrated with the tone of accusation that we hear from certain organizations when their demands are not met immediately and completely met,” Lightstone said.

Lightstone said that he was proud of the members and the work they put into the bill.

“I’m a voting beneficiary, as are most of the members of this house,” he said. “I’m fulfilling my responsibilities in good faith on behalf of all my constituents and the territory as a whole.”

But Jeannie Ehaloak, Nunavut’s minister of community and government services, said that the government consulted Inuit organizations about the changes over a period of several years.