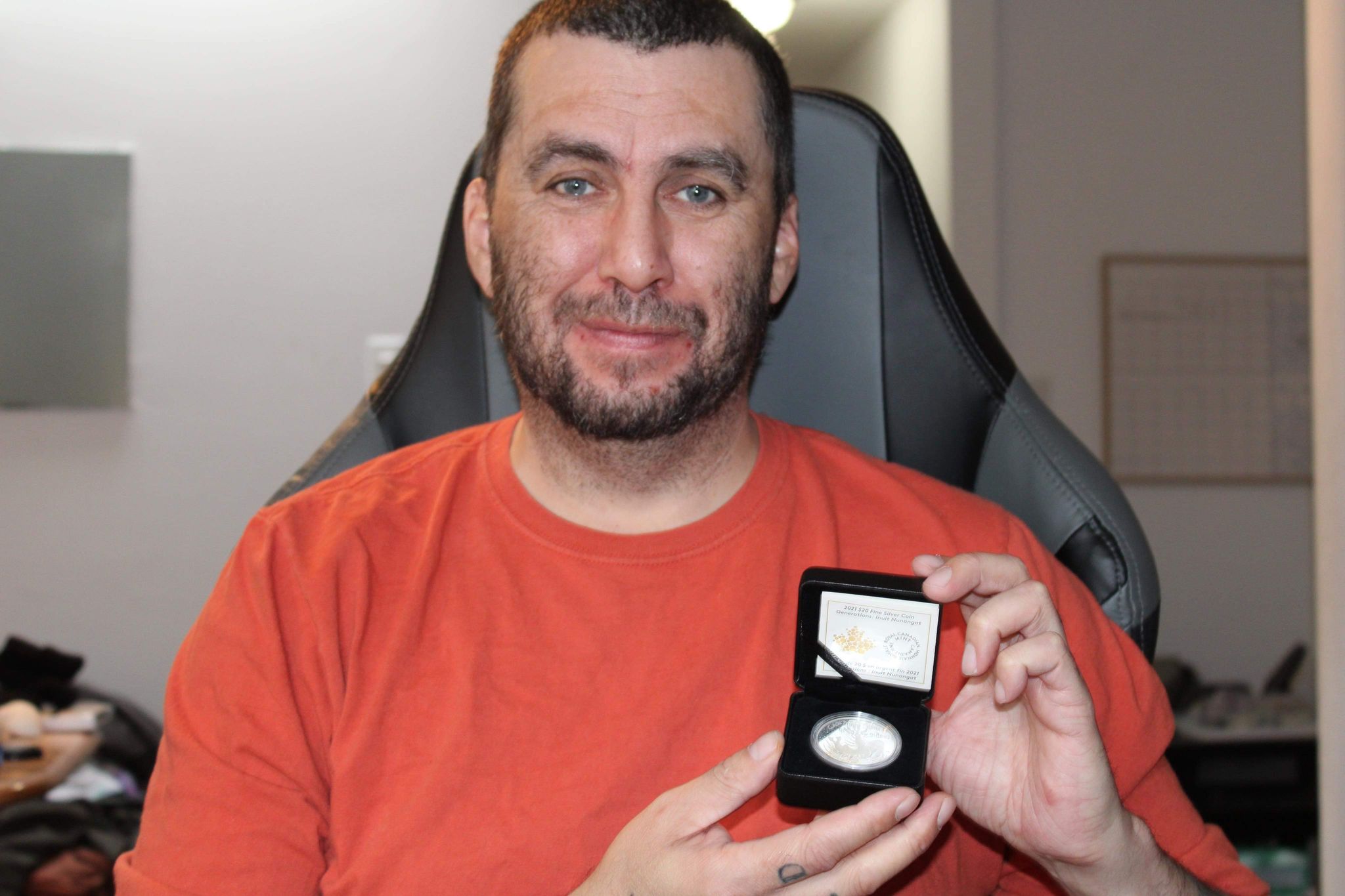 Jason Sikoak says he is in shock that his design was chosen to adorn a new silver coin from the Royal Canadian Mint. (Photo courtesy of Jason Sikoak)

Jason Sikoak thought at first the email from the Royal Canadian Mint was spam.

But indeed, representatives from the mint had reached out to invite him to participate in a contest to design a silver coin.

So he entered the contest, and won.

Just over a week ago, the mint released Sikoak’s silver coin.

It weighs one ounce, and is titled “Inuit Nunangat.” The coin depicts a sea goddess from Inuit storytelling legend who goes by many names, including Nuliajuk.

The coin is part of the mint’s generations series, which celebrates passing down knowledge and storytelling from Canada’s Indigenous peoples.

Sikoak, 48, said he decided to depict Nuliajuk because of how important and well-known the story is across Inuit Nunangat.

“I wanted to share that with the world,” Sikoak said.

There are multiple versions of the story of Nuliajuk, but a brief version retold by Sikoak describes her as a woman who married a man who turned out to be the raven god.

The woman held onto the boat with her hand. To ensure she fell entirely into the water, the father chopped off his daughter’s fingers. When she fell into the water she became a sea goddess, and her severed fingers became sea mammals.

When hunting was scarce, Sikoak said, it was said it was because Nuliajuk was trapping sea mammals in her hair, and a shaman would have to appease her by performing a ceremony and songs that would release the sea mammals for hunting. 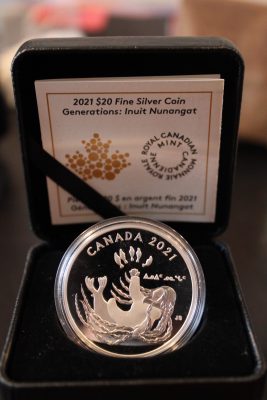 For Sikoak, the biggest challenge in making this coin was battling imposter syndrome.

Sikoak grew up in Rigolet, a fly-in community in Labrador, and a part of Nunatsiavut. He only became a full-time artist a few years ago, but has been practising his craft since he was a child. His uncle was a carver, which got Sikoak into the type of artwork he does now. While he draws most often, Sikoak has experience carving in antlers and seal skin.

On Sikoak’s coin, Nuliajuk is illustrated with seals emerging from her severed fingers. She is holding her braids as they are strewn across the bottom of the ocean.

The purpose of this coin, Sikoak said, is to recover what he has lost.

“For me, Nuliajuk is a very important story in reclaiming my heritage,” he said.

Sikoak’s next goal: finish the fourth year of his bachelor of fine arts at Concordia University and get through the pandemic.