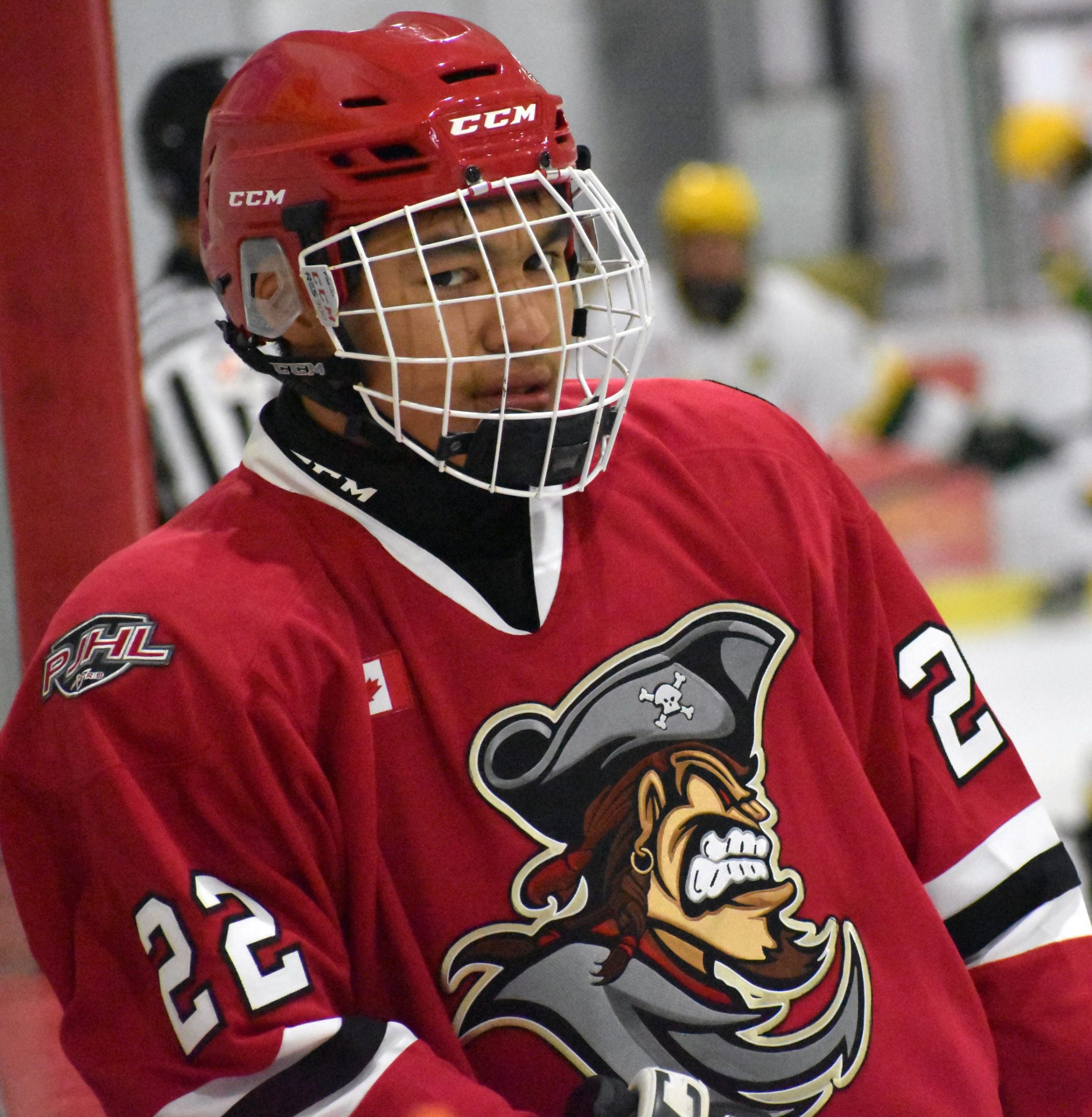 A young hockey player from Nunavik has already scored his first goal for his new junior C team in southern Ontario.

But Hosea Aculiak has bigger goals in mind for when his own career is over: He wants to return home to Inukjuak to teach the game to youngsters there.

Aculiak, 19, earned a spot last month as a forward for the Picton Pirates of the Provincial Junior Hockey League, a 64-team league in the third tier of the Ontario Hockey Association. He scored his first goal Sept. 29 in the second period of a 6-3 loss to the Napanee Raiders.

As the tradition goes, he got to keep the puck as a memento of an exciting, but surprising, moment.

“I didn’t really know what was going on because it happened very fast,” Aculiak said in an interview. “I didn’t know how to celebrate that.”

Listed on his team’s website at five foot 10 and 170 pounds, Aculiak started playing hockey as a kid in Inukjuak through the Nunavik Youth Hockey Development Program that former NHLer Joé Juneau helped launch, but which was cut in 2017.

In Picton, Aculiak is billeted with the family of a teammate he skated with in Inukjuak. He’s been living there for two months, and received financial assistance from Makivik Corp. to help with his expenses.

Life in Picton, located in the heart of Prince Edward County about 160 kilometres east of Toronto, is far removed from that in Inukjuak. The county is a popular summer vacation destination on Lake Ontario known for its sand dunes, cottages and wineries.

Aculiak said he likes living in a community where there’s lots to do. However, being away from the North means he misses one of his favourite passions: hunting.

“You can’t hunt here without your firearm licence or hunting licence, but up North you can do whatever you want,” he said.

“Since I have to work with my team right now, I can’t go for my hunting licence, so it’s kind of hard to think about it.

With the regular season underway, Aculiak said he’s getting used to taking heavier hits every game in a more physical league. As he develops as a player, he’s hoping the team has a successful run deep into the playoffs.

Currently, the Pirates sit in third place in the six-team East Tod Division with four wins and two losses.

Aculiak’s role model is Jordin Tootoo, the first Inuk to play for the National Hockey League.

As a Picton Pirate, Aculiak wears No. 22 — the same number Tootoo wore for most of his 13-year NHL career.

After his own career is over, Aculiak hopes to return to Inukjuak and coach the next generation of young hockey players, who he says already look up to him for what he has accomplished so far.

“I know there’s lots of kids in my town that want to play hockey,” he said.

“I want to start coaching the younger kids up North.”