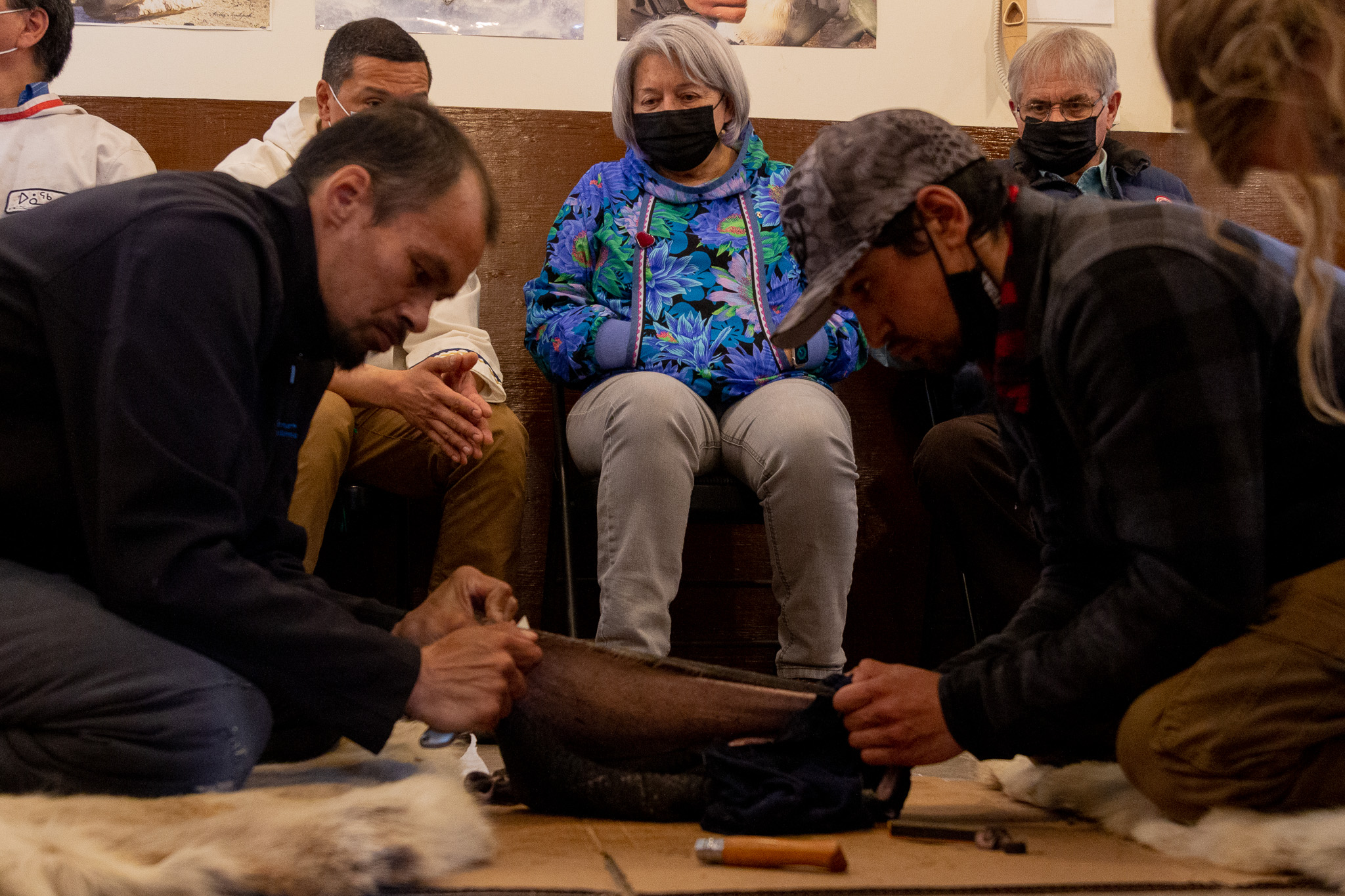 For weeks, teacher Mathoora Uthayakumar and her Grade 4 students at Innalik School in Inukjuak were getting more and more excited over Gov. Gen. Mary Simon’s upcoming visit.

And then the day before she was due to arrive, it wasn’t clear if it would even happen.

Simon was due to fly to Inukjuak from Kangiqsujuaq Wednesday afternoon, but poor weather kept her grounded in Kuujjuaq for the day, with staff and reporters on standby.

Luckily, things worked out, just a bit behind schedule. Early Thursday, Simon and her entourage boarded their charter flight to Inukjuak, and the visit went ahead without issue.

“I’m really happy that my students get to see an Inuk as governor general for the first time,” Uthayakumar said.

“They’re really excited and I’m proud of that too.”

It was Day 4 of Simon’s five-day tour of the North, which included stops in Kangiqsualujjuaq, where she was born, as well as her hometown of Kuujjuaq.

Uthayakumar’s students had spent time over the past few weeks following a study unit focused on Simon’s life and career.

As a project, they put together a flag to welcome her to their school, and gave her a book of letters they wrote for her about their lives and experiences.

Simon’s visit to Inukjuak followed a similar flow as her other days in Nunavik this week: after receiving a warm welcome from the community at the airport, she held a town-hall meeting with students, met privately with elders, and discussed local issues with the mayor and town council.

Much of the focus of Thursday’s visit highlighted organizations in Inukjuak dedicated to preserving Inuit language and tradition.

Simon stopped by the Avataq Cultural Institute, an organization that publishes Inuktitut education materials and maps. She was welcomed with the lighting of a qulliq — a tradition she has brought to business at Rideau Hall — then was handed several gifts from the institute, including a family tree produced by Avataq’s genealogy department.

“This really touched me, because I am going to learn a lot about my family,” Simon said. “I don’t know what words to use, because I’m really, really grateful.”

Avataq’s interim president Jeannie Nungak highlighted that the organization aims to ensure Inuit youth in Nunavik are learning their language, something they don’t always have the opportunity to do in school.

“It’s really important for them, because they are learning English and French in Nunavik, as they are getting a lot more instruction from south materials,” Nungak said.

After Avataq, Simon and her entourage visited the Qulliq Youth Rehabilitation Centre for Girls, but that visit was closed to reporters.

Shortly after, she headed to the Unaaq Men’s Association, a 2018 Arctic Inspiration Prize-winning organization that teaches young Inuit men and boys traditional hunting and survival skills.

Simon met with some of the boys, some of whom are as young as nine years old. Elders from the association showed Simon how the centre teaches young men to make traditional dogsledding ropes from seal skin.

Assistant manager Tommy Palliser said the association was established to help resolve some of the social issues that affect men in Inukjuak. However, it has grown into an organization that gives young Inuit men the chance to become great hunters and embrace their roots.

“We’re really providing the time and space for the younger generation to learn, and also for the elders to share their knowledge and expertise to the young men,” Palliser said.

“Knowing that there’s going to be the next generation of good hunters providing to their community is something that we really, really appreciate.”

While much of the day included intimate moments at Inukjuak’s cultural centres, the visit brought the community out in droves to the airport, to the school and to a community lunch provided by the Sirivik Food Centre.

Pauloosie Kasudluak, Inukjuak’s mayor, said the visit brought the community together for the first time in a long time, as COVID-19 restrictions prevented gatherings from happening.

“This is the first time we meet with as many people in one building,” he said. “It’s very special for everybody.”

Simon’s Nunavik tour is set to conclude Friday afternoon when she flies back to Ottawa.