Investigation underway into fire that burned down Iqaluit weather station 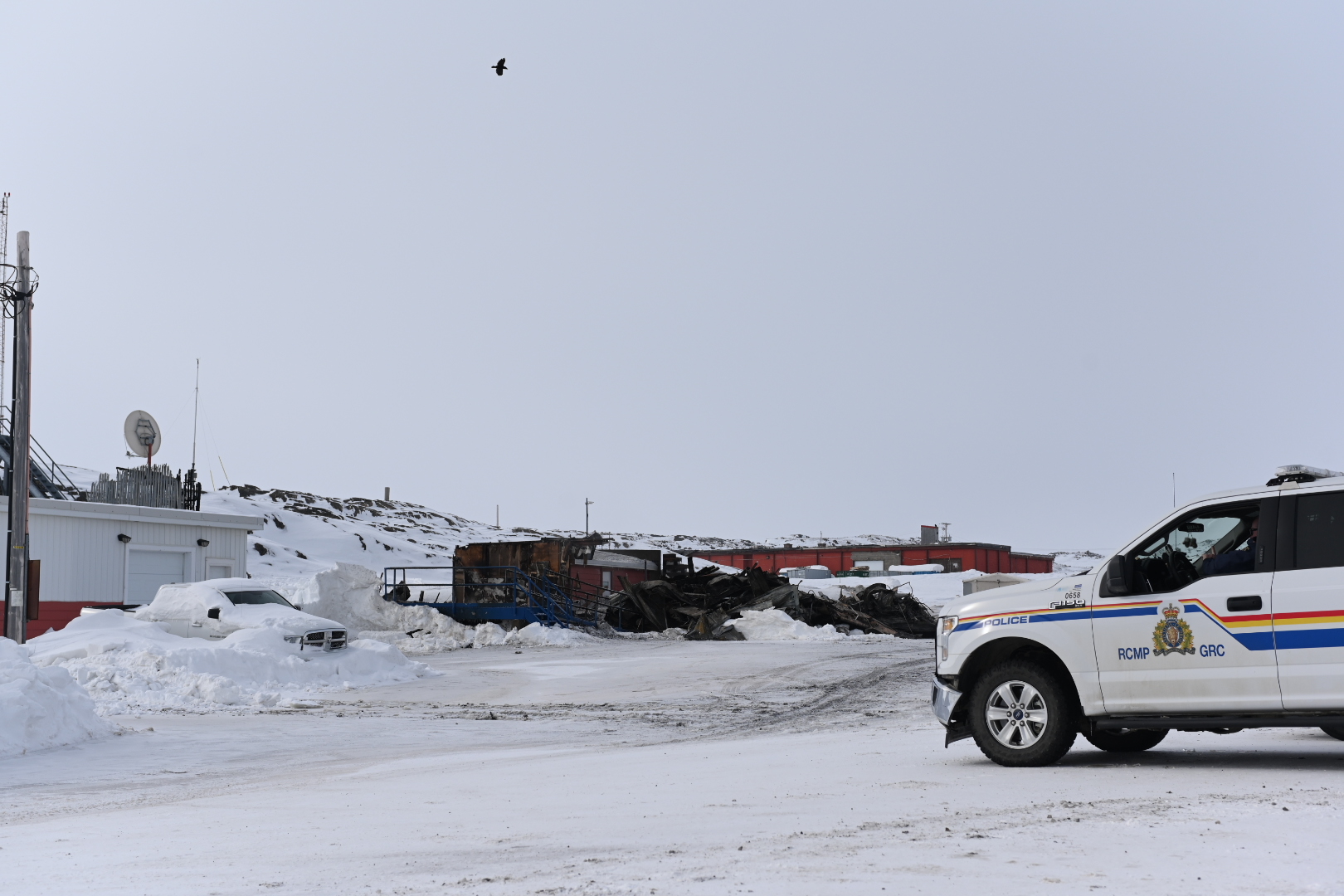 An investigation is underway into a fire that consumed an Environment and Climate Change Canada weather station office in Iqaluit yesterday, April 5. (Photo by Dustin Patar)

RCMP and Nunavut’s fire marshal are investigating the cause of a fire that burned down a weather station office in Iqaluit’s West 40 area this week.

The cause of the fire is still unknown, according to a City of Iqaluit news release. 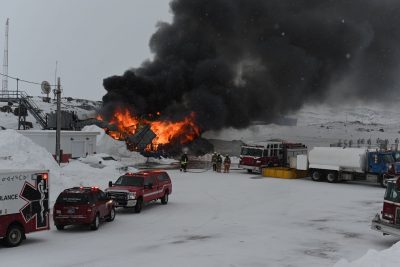 Iqaluit firefighters responded to a fire at an Environment and Climate Change Canada weather station in the West 40 area on Monday afternoon. (Photo by Dustin Patar)

Emergency crews were called to the scene Monday at around 3 p.m. after reports of smoke in the area. Upon arriving, firefighters saw flames on one side of the building, which is operated by Environment and Climate Change Canada.

More than a dozen firefighters and six fire vehicles were able to contain the blaze, preventing it from spreading to nearby buildings and vehicles, the news release states.