Iqaluit cadets return to their poppy stations for Remembrance Day 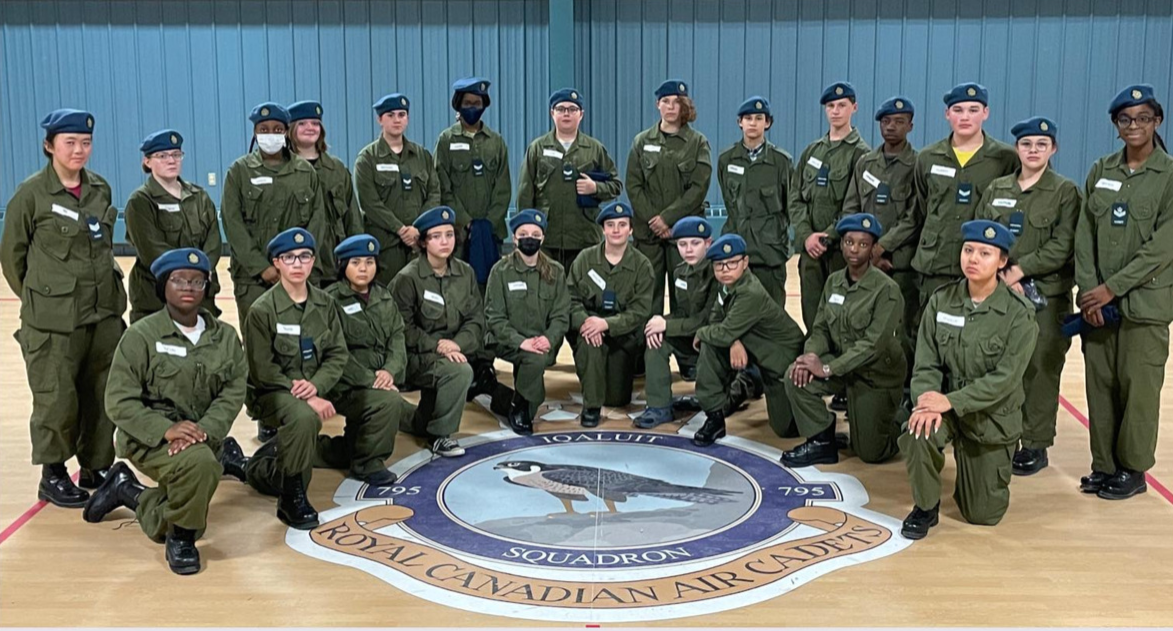 Iqaluit’s cadets are back to selling poppies for Remembrance Day, after a two-year hiatus due to the COVID-19 pandemic. 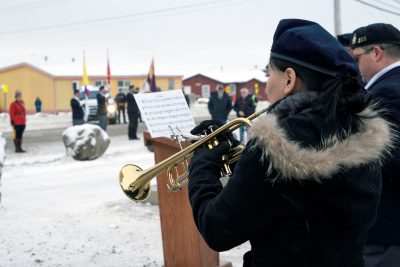 Members of the 795 Iqaluit Royal Canadian Air Cadet Squadron met at the legion hall Tuesday for one final uniform inspection before heading out to their stations.

Their uniforms are a source of pride and they wear them as a symbol of their commitment to the Canadian Cadet Organizations and its values of respect, service and citizenship, said 2nd Lt. Siobhan Moss, the cadet instructor cadre officer who leads the Iqaluit squadron.

Cadets is a voluntary and funded training program of the Canadian Armed Forces to help youth aged 12 to 18 gain skills and experience in leadership and good citizenship, and to foster respect for the contributions of the military.

Sponsored by the Iqaluit Royal Canadian Legion branch 168, members of the Iqaluit cadets meet weekly to participate in training exercises, drills and lessons under the guidance of armed forces, as well as civilian instructors and volunteers.

Cadets have been involved in Remembrance Day services in many ways over the years, as members of the colour party parading ceremonial flags into and out of the service, and serving as sentinels at the cenotaph.

Former cadet Newkinga Nowdluk-Moss returns as bugler to play The Last Post and Reveille, a role she first took on in 2010 when she was an active member of the air cadet squadron in Iqaluit.

On Friday in Iqaluit, Legion branch 168 is hosting an indoor service at the Cadet Hall at 10:30 a.m. Due to limited seating, only invited dignitaries and card-carrying Legion members will be allowed inside.