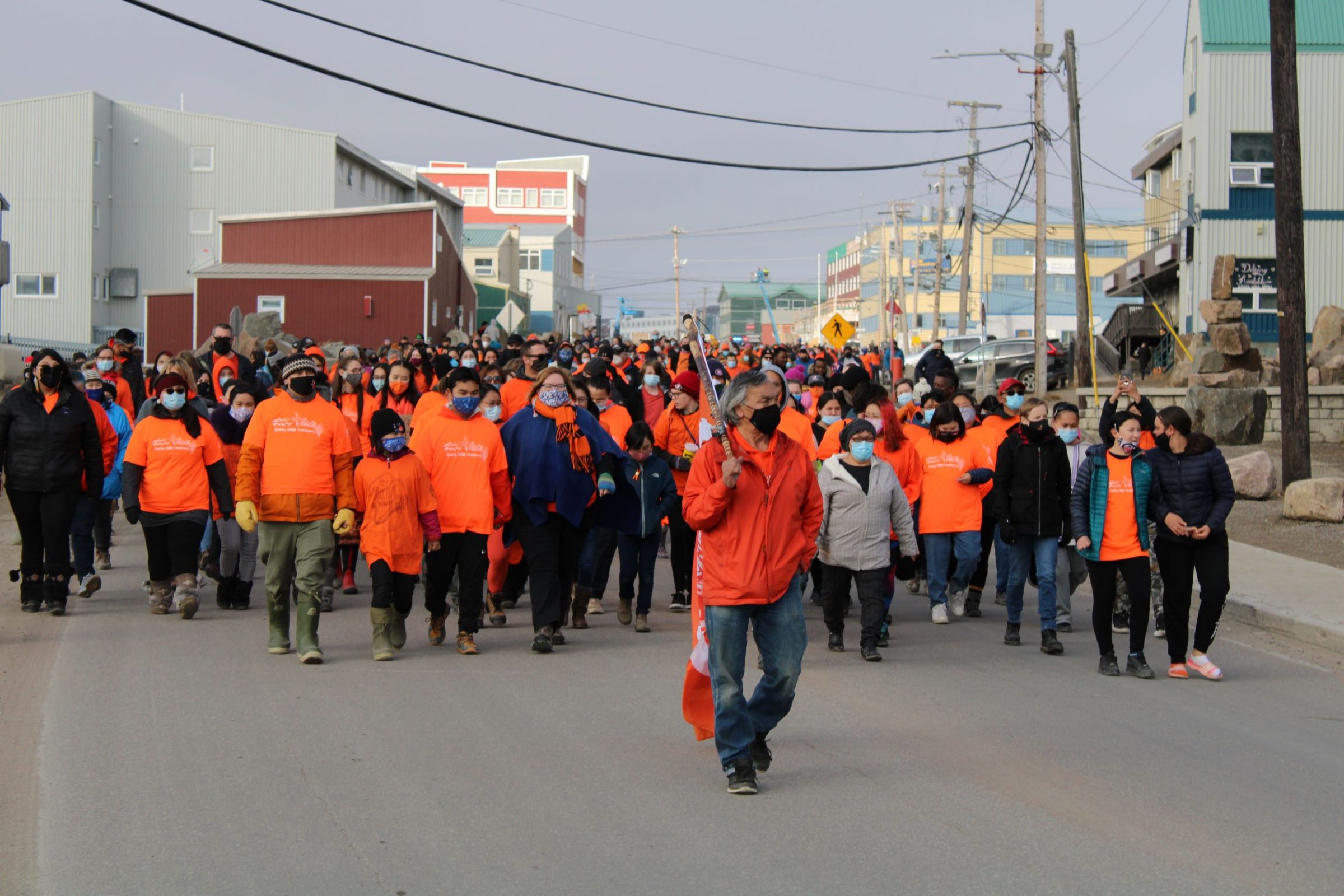 Jack Anawak, a longtime Nunavut politician and residential school survivor, leads a walk in Iqaluit to commemorate the inaugural National Day for Truth and Reconciliation on Thursday. (Photo by David Lochead)

A crowd of about 300 Iqaluit residents wearing orange shirts gathered on the streets Thursday to commemorate the inaugural National Day for Truth and Reconciliation.

Among them was veteran Nunavut politician Jack Anawak, a former member of Parliament, who stood in front of the Igluvut Building holding an orange flag.

Anawak said that finding this past summer of unmarked graves of children at the sites of former residential schools is going to have a serious impact on truth and reconciliation.

“All the [issues] we have been trying to tell the government over the last number of years, I think they will now take it seriously,” Anawak said.

A residential school survivor himself, Anawak said the government tried to take away his Inuit language and culture in that system. 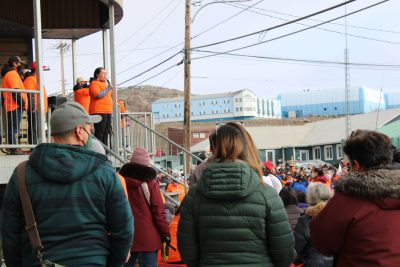 After speaking about the locating of unmarked graves and trauma of residential schools, Kotierk told the crowd to grab country food being given at the end of the walk as a way of recognizing their Inuit identities.

“We are still here, we are still proud, we still love our food and we are still Inuit,” Kotierk said as the crowd clapped for a round of applause.

After the speeches, a moment of silence was held. Then Anawak took his flag and led the crowd down Queen Elizabeth Way, with a wave of orange following him.

The crowd then walked by Northmart and filed into Iqaluit Square, where country food was given out.

Afterwards, as the sun peaked over the city, around 80 people lingered in the square to talk. 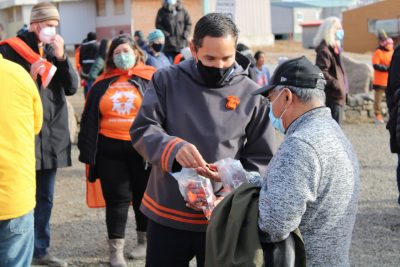 Obed said today he thinks of all the Inuit who went to residential schools and had suffered throughout the rest of their lives or never survived.

For the next steps, Obed said the United Nations Declaration on the Rights of Indigenous Peoples legislation that was passed in the previous federal government needs to be implemented.

Finally, Obed said this day is also about celebrating being Inuit and the future, as the ability to have their language, culture and land remain after the actions of residential schools is “nothing short of remarkable.”