Councillor stands by statement in interview with Nunatsiaq News 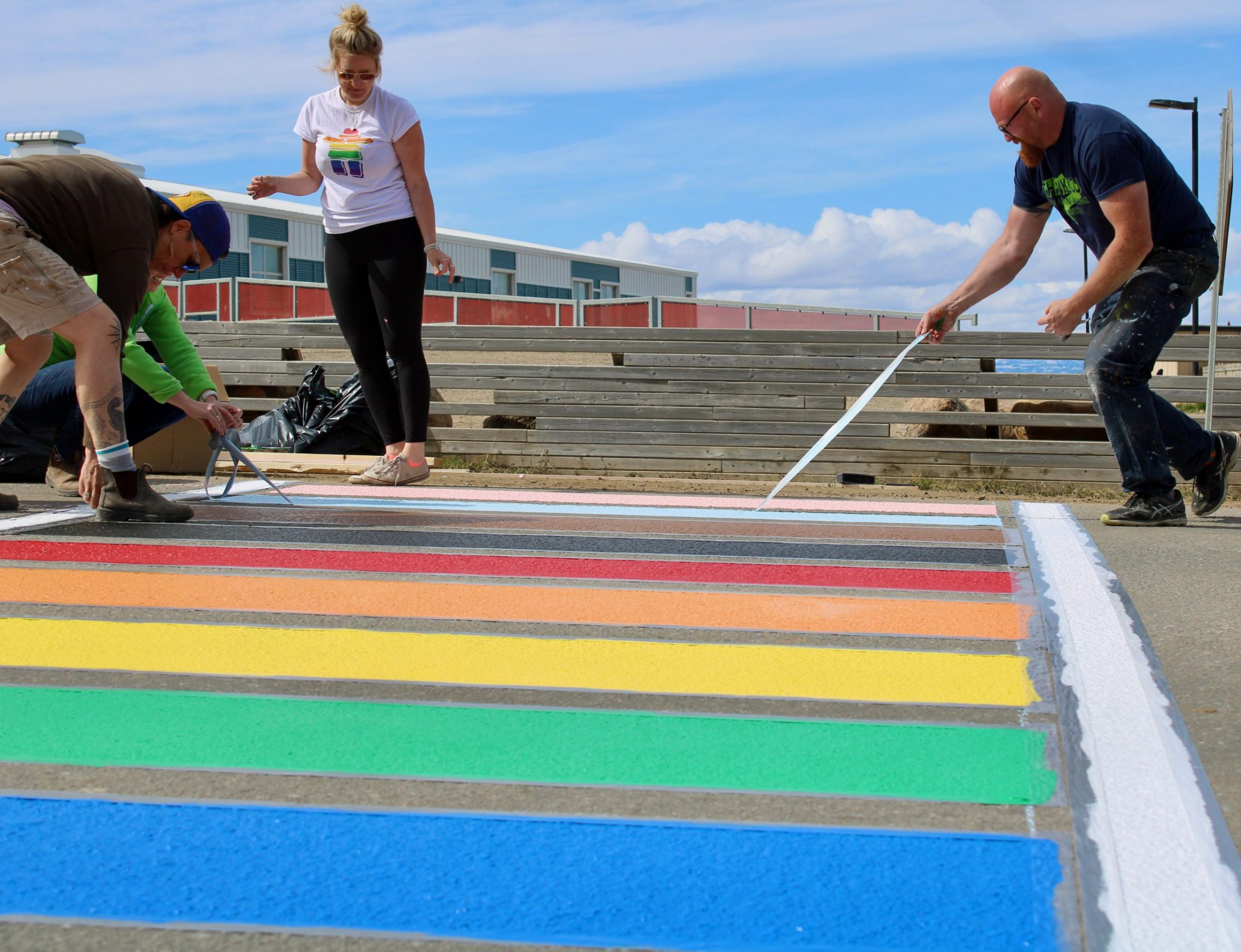 An Iqaluit city councillor is facing criticism for comments he made during Monday’s finance committee meeting about children being exposed to Pride.

An audio recording of the meeting is posted to the city’s website. During a discussion about roads, Coun. Paul Quassa can be heard raising the topic of rainbow crosswalks painted near the city’s schools.

“Not many Inuit are very happy about this idea out there,” he said in Inuktitut, through an interpreter.

“They just don’t want the kids to think like adults yet, while they are still kids.”

Quassa said during his statement that he is not against Pride, but was merely relaying concerns that Pride is a new idea to Inuit culture, and that he’d heard from Inuit members of the community concerned that children were being exposed to what it represents.

“When it is time, let them hear about these ideas,” Quassa said. “When it is their time. I am not against the Pride idea, I just wanted to say what I’ve heard from the Inuit people.”

Deputy Mayor Kyle Sheppard, who was presiding over the meeting, said there are hundreds of LGBTQ Inuit and others in the community who would disagree with Quassa’s statement.

Stevenson also responded to Quassa during the meeting, saying that Pride merely represents a pride in oneself, inclusion, and care for others.

“Those aren’t new ideas, and they are not ideas that Inuit don’t espouse,” he said.

“Inclusion and making kids feel like they are accepted for who they are, that I’ve witnessed in this society and culture and this town.”

Without naming Quassa, Coun. Kimberly Smith reached out to Nunatsiaq News on Tuesday, saying “homophobic” comments were made Monday night in council chambers, and that she plans to make a statement about what was said during Tuesday night’s regular council meeting.

It is unclear if any of Quassa’s colleagues plan to seek a formal apology from Quassa, or discuss whether his statements violated council’s code of conduct.

Quassa stood by his comments when interviewed Tuesday by Nunatsiaq News.

Asked how many people are coming to him with concerns about the issue, he said he’s received a few emails, as well as people coming up to him in person to share their thoughts.

“As a council we have to listen to our residents, who voted us in,” he said.

Quassa also stressed that his concerns are not with LGBTQ rights or Pride itself, but with the way children are educated. He described his own childhood, where it was custom to not let children listen to adult-themed conversations, no matter the topic.

“We have [Inuit] values, that’s why we negotiated Nunavut in the first place,” he said.

“And we don’t want to run like any other southern community. We act different. Our language is different. Our societal values are very different than the rest of Canada.”

This isn’t the first time an Iqaluit city councillor has brought up Pride and Inuit values.

In 2014, Coun. Simon Nattaq criticized the city’s decision to raise the Pride flag.

“People tell me it is not an Inuit custom to be gay,” Nattaq told council at the time.

The comment sparked response on both sides of the issue.