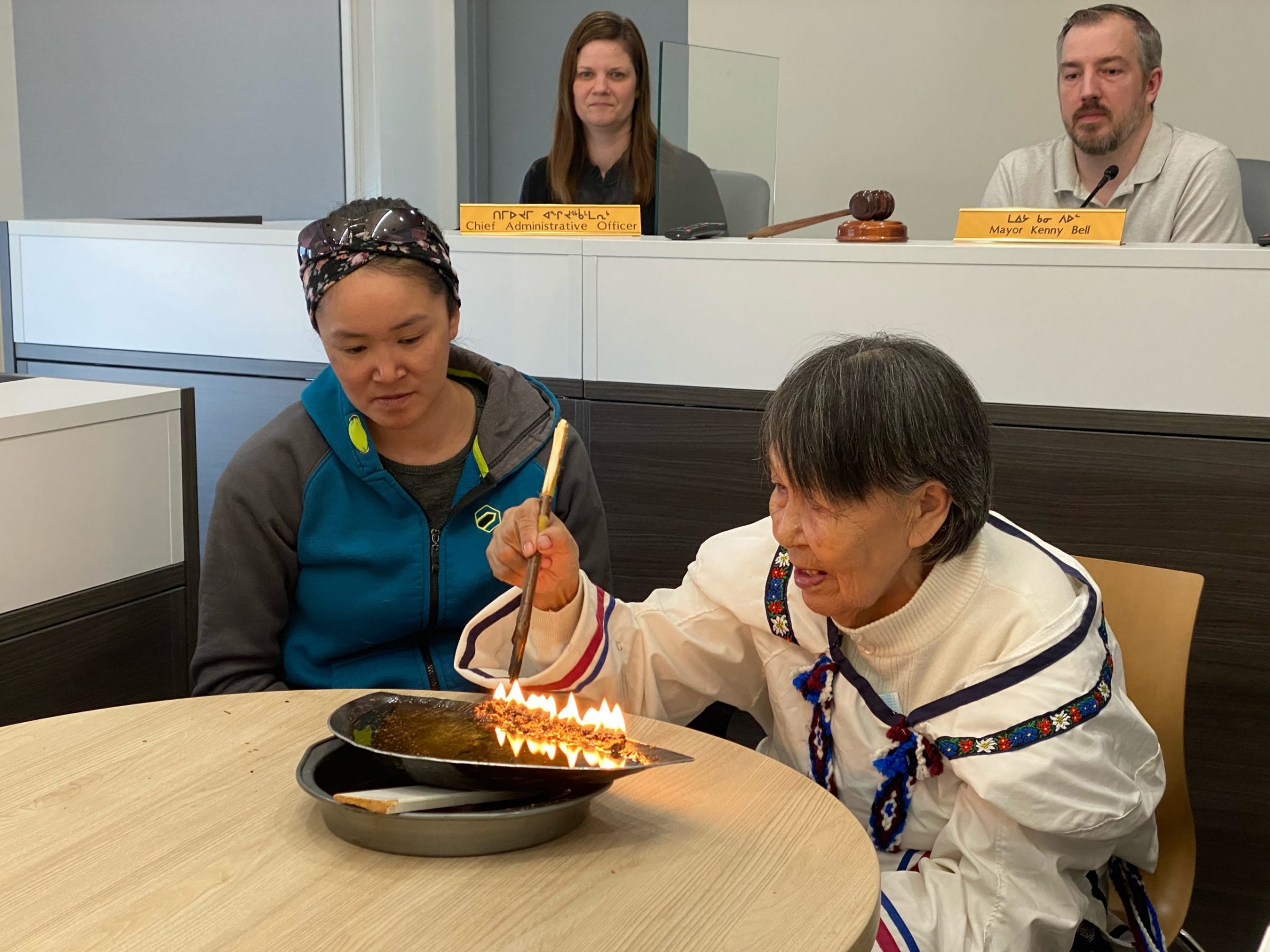 “It was beautiful,” said Mayor Kenny Bell, thanking Coun. Sheila Flaherty for bringing the idea forward. “I think we are going to do that every year for now on, at the start of a new year.”

The new building is located across the street from Caribou Cabs and around the corner from the site of the old Navigator Inn.

The public is not able to attend council meetings in person at this time due to COVID-19 restrictions. City hall is open during regular business hours for people to do city businesses in person, such as paying bills, picking up business licences and applying for permits.

Amy Elgersma, the city’s chief administrative officer, said the goal of the new space is to create an improved and healthy work environment.

City hall’s old space in the Arnaitok complex will continue to house a number of city departments once extensive renovations are complete.

With files from Dustin Patar

Correction: This article was updated from a previous version to indicate when city hall is open to the public.