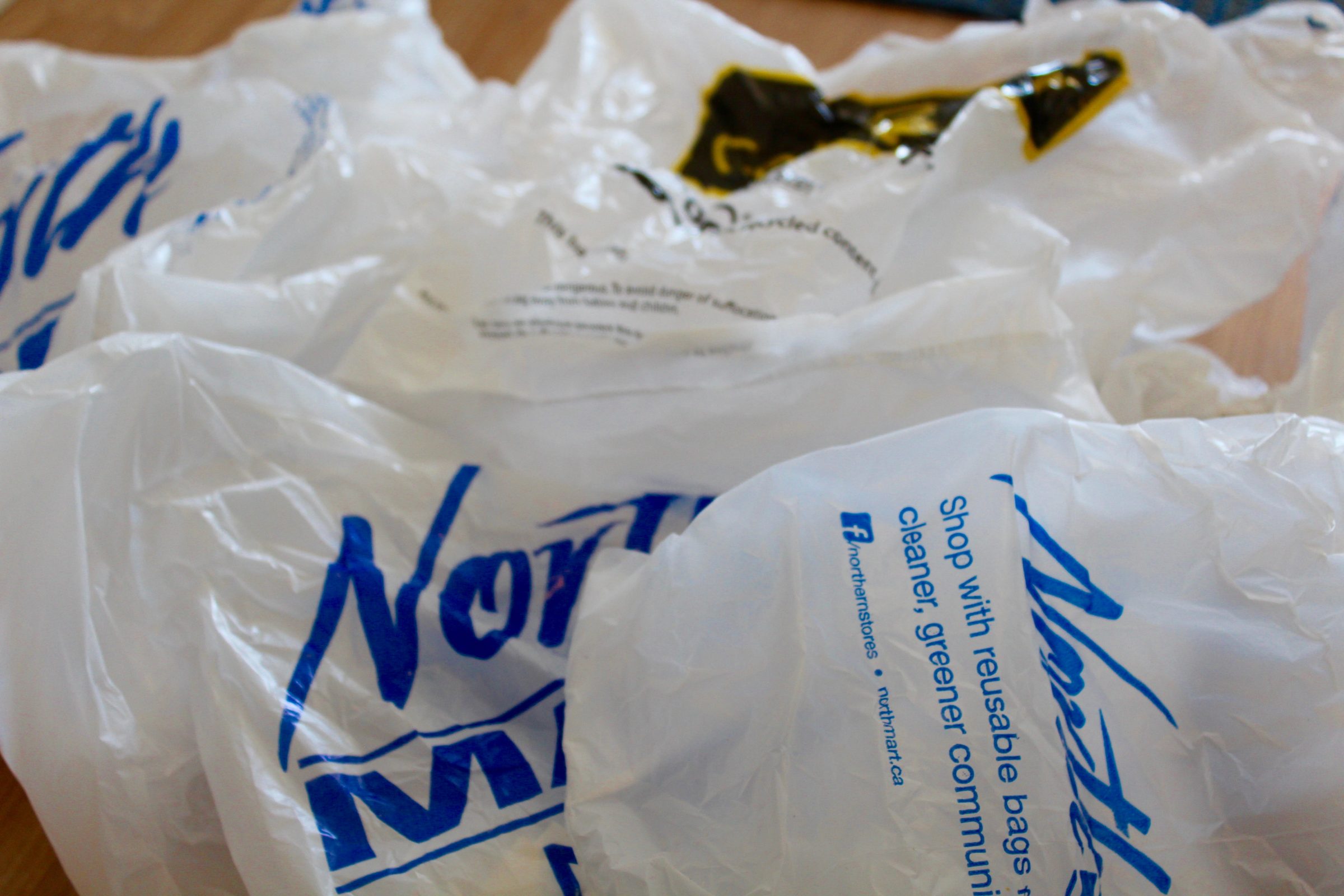 A draft bylaw to ban single-use plastic bags will make its way to Iqaluit city council chambers for a vote, although there is no timeline yet for when it will happen. (File photo)

Single-use plastic bags may soon be a thing of the past in Iqaluit.

The city’s economic development officer, Geoff Byrne, presented a draft bylaw to city councillors Tuesday that would ban the use of such bags within the municipality. The bylaw will need to go through three readings and a vote in council in order to pass.

“I think there’s widespread support for this, I think everybody will get on board with this fairly easily. It’s not an overly costly endeavour for anyone to implement,” Coun. Kyle Sheppard said during the strategic planning and economic development committee meeting.

The draft Plastic Bag Reduction Bylaw states that no business, including not-for-profits and trade shows that come to Iqaluit, will be allowed to distribute single-use plastic bags.

The ban would not extend to single-use plastic packaging for loose or bulk foods, such as those for fruits and vegetables, frozen foods, meat or fish and baked goods.

It also wouldn’t include various other single-use plastic bags that are used to wrap flowers or plants and protect bedding, and clothes after dry cleaning.

It’s meant to be a baseline bylaw the city will use when it begins banning other single-use plastic items, such as plastic plates, cups and forks, said Byrne.

There is not an exact timeline of when the bylaw would be enforced, but some council members want it to happen as soon as possible.

Deputy mayor Solomon Awa used mask-wearing as an example of how quickly people can adjust to a new rule.

Byrne, who presented the draft bylaw, said businesses will need time to adjust, as most of their shipments of bags come in through sealift.

The pandemic also altered the way many people do business, Byrne pointed out.

“At the beginning of the pandemic, we weren’t allowed to use reusable bags,” he said. “So at the time, it wouldn’t have been a sound business decision for any of these organizations to order these bags to have when they weren’t actually able to distribute them.”

Mayor Kenny Bell said council passed the original motion to create this bylaw around two years ago, and the city has gone through a consultation process since then, so he believes Iqaluit’s business community has had ample time to adjust to the change.

“I’m not worrying about their sealift,” said Bell. “They had two years to do it.”