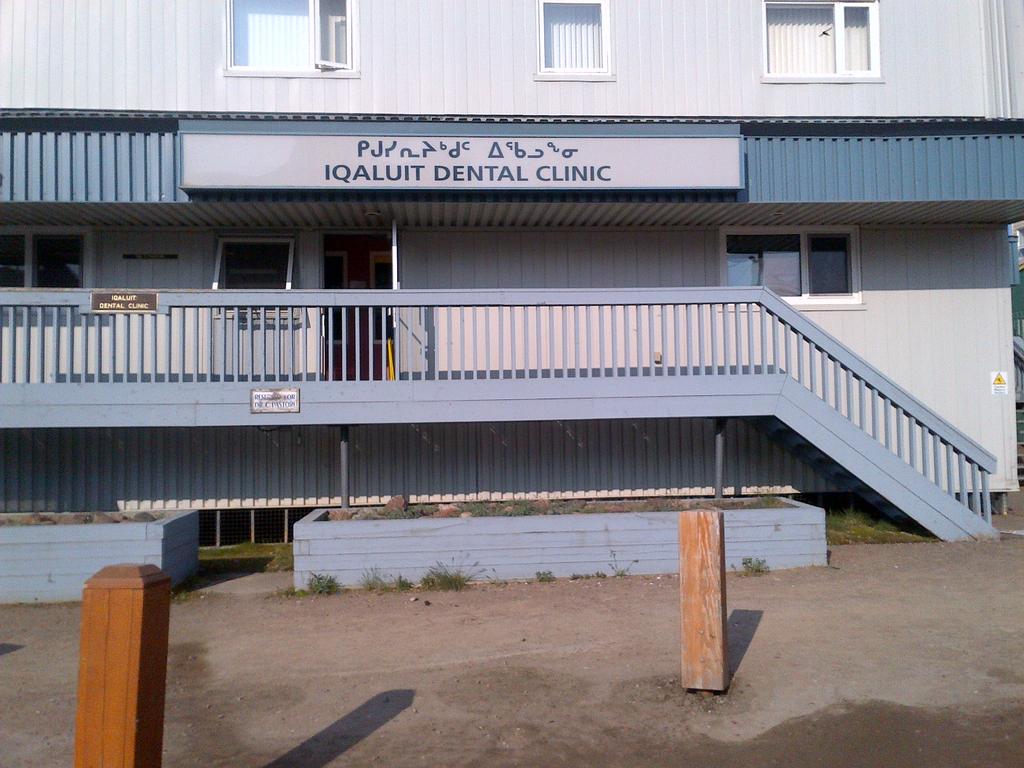 On Sept. 9, many Iqaluit residents went online to voice their outrage over a posting by visiting dentists at the Iqaluit Dental Clinic. The clinic, which is located at 621 Queen Elizabeth, has operated in Nunavut since 1987. (Photo from iqaluitdental.com)

A furor over comments made by dentists temporarily employed by the Iqaluit Dental Clinic elicited a late-evening apology, on Wednesday, Sept. 9, on the dental clinic’s Facebook page, which also appeared on the city’s public service announcements Facebook page.

The dentists, who call themselves, “the Travelling Dentists,” spoke about their work in Iqaluit in a social media post called “Our Arctic Adventure.”

The dentists said “there’s a lot of work to be done … most of the locals are irregular dental attenders, have poor oral hygiene and poor diet.”

“It’s easy to forget that we are in Canada, since the majority of the population are Inuit and speak a different language,” they said in a post that has since been deleted from Facebook.

As well, their website, thetravellingdentists.org has now been made private, but it can be looked at in a cached version,  which shows a photo of a dentist with children in Africa on its front page.

A Twitter post from Kaani Naulaq of Iqaluit, who was critical of the dentists’ comments, was picked up and widely circulated by many:

You are guests. You could at least do a little research to learn a little about where you are going and the people that will be hosting you, on their lands. The history of #healthcare in the North is essential learning https://t.co/LGSAICABKz

“We have recently been made aware of a post that was written by new locum dentists in our clinic,” said an online apology from the Iqaluit Dental Clinic, posted at about 11 p.m.

“This post was offending and out of place. We saw this message through social media at the same time as everyone and we absolutely do not condone its content. We have the utmost respect for the Iqaluit community which we have been serving all those years and which we love and cherish. All appropriate sanctions and measures have been taken. Thank you and have a good night. The Iqaluit Dental Clinic.”

The clinic, which has operated in Iqaluit since 1987,  is now owned by Dr. Marc Mahfouz and Dr. Sammy Hachem, who live in Yellowknife and Whitehorse, respectively, and own dental clinics in those cities.

After reading their statement, Kaani Naulaq said early on Thursday, Sept. 10, that she would have liked to see more transparency and for the apology to be more specific about what sanctions and measures would be taken by the clinic.

“Why were these people hired? Why are they still here? If that’s the way they perceive our community, I wouldn’t let them near my mouth,” she said. “They need to be taught a lesson. Stop going after the money instead go for the educational purposes. Teach themselves about where they are going.”

Iqaluit Mayor Kenny Bell said he spoke to Mahfouz on the afternoon of Thursday, Sept. 10.

Nunatsiaq News has been unable to reach Mahfouz for comment.