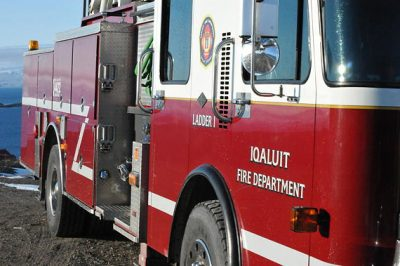 After a fire earlier this week, the Iqaluit dump will remain closed at least through the weekend, the city announced Friday. (File photo)

Iqaluit’s dump will remain closed over the weekend as firefighters continue to work to prevent another flare-up following a fire there Wednesday night.

The initial fire, focused on a hot spot about 4.5 metres by 4.5 metres in size, was extinguished after several hours.

However, the city’s fire response team is taking “risk mitigation steps” to prevent another one if any leftover embers remain active, said communications manager Aleksey Cameron in a news release late Friday afternoon.

A decision on when the dump can reopen could come Monday. In the meantime, Cameron said, the road to the deep sea port will also remain closed for public safety reasons.

So far, no cause of the fire has been announced.

However, in the release Cameron urged residents to separate old batteries from their household waste and drop them off instead at the landfill entrance, and to not dispose of lit cigarette butts near the dump.