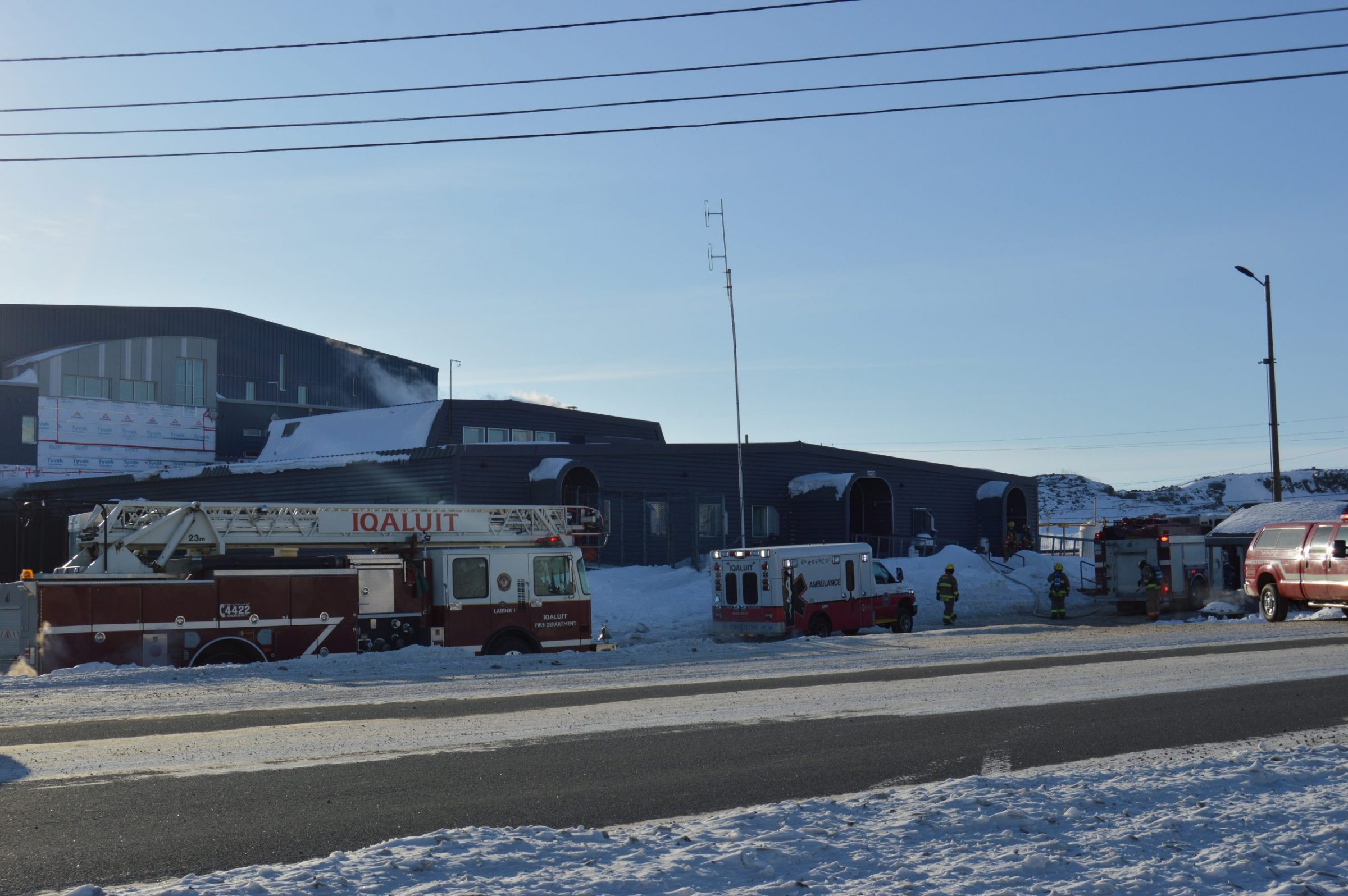 Firefighters respond to the Baffin Correctional Centre on March 18, after smoke was seen billowing from the correctional facility. (Photo by David Venn)

Police are investigating what the Nunavut government called an “ongoing emergency” at Baffin Correctional Centre after staff discovered a fire at the jail in Iqaluit Thursday afternoon.

City of Iqaluit firefighters were called to the jail just north of the city’s airport at 3 p.m., as smoke billowed from the building.

Inmates were evacuated safely and no injuries were reported, the Department of Justice said in a news release issued Thursday night. No cause for the fire was given. The fire was put out and RCMP were on site, starting an investigation, the release states.

At least two fire trucks and an ambulance were at the scene in the afternoon, as well as two school buses that appeared to have been brought in to accommodate inmates.

At 4:30 p.m., a handful of people were seen being escorted out of the facility and onto one of the waiting school buses. Some of them were wearing T-shirts. The temperature in the late afternoon was around -24 C with the wind chill making it feel like -36 C.

Two roads in the area were closed for a brief period.