“I think people care about the purchases they make” 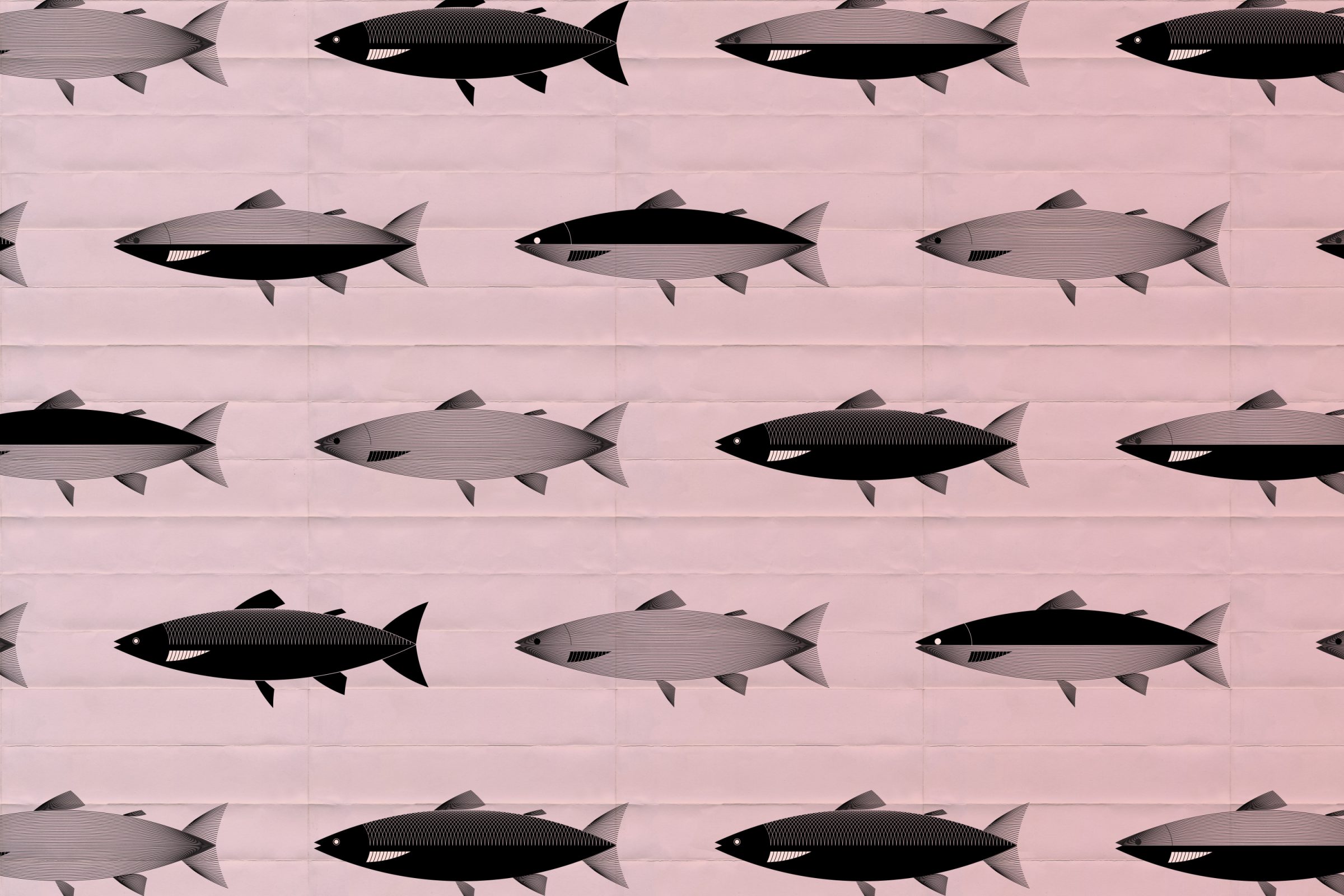 This Arctic char pattern is featured on hoodies, mugs and T-shirts sold by Iqaluit graphic designer Vish Purgass, with some of the profits going to Iqaluit’s food bank. (Image courtesy of Vish Purgass)

An Iqaluit-based graphic designer is combining fashion with purpose this holiday season.

Inspired by the Inuktitut meaning of Iqaluit, “place of many fish,” Vish Purgass designed an Arctic char pattern and had it printed on hoodies, T-shirts and mugs. Those items are available through an online store he recently launched called Places and Faces.

A portion of the proceeds from each item sold will go to the Niqinik Nuatsivik Food Bank in Iqaluit.

Purgass said he has not yet decided exactly what percentage he will donate. He said it depends on the success of the project.

Purgass said he has been designing since 1995 and has always liked experimenting with screen printing.

“I sort of sketch my own drawings and do my own T-shirts. I used to screen-print in a basement by the ocean in Nova Scotia and try to sell my T-shirts,” he said.

The products are made in Canada.

Purgass said he hopes to eventually expand Places and Faces to support other charities and initiatives in other parts of the world.

But right now, he is focused on raising money for the local food bank.

“Just bringing more value to people. Food is a passion of mine. One of the UN’s sustainable development goals is zero hunger, so it made sense to sort of connect that and create a profit-for-purpose business.”

Purgass said the project has already received lots of interest. Currently, people can order products on his website.

“I think there’s something there. I think people care about the purchases they make,” he said.