“We need to start thinking about some longer-term, more sustainable solutions for animal care in the North” 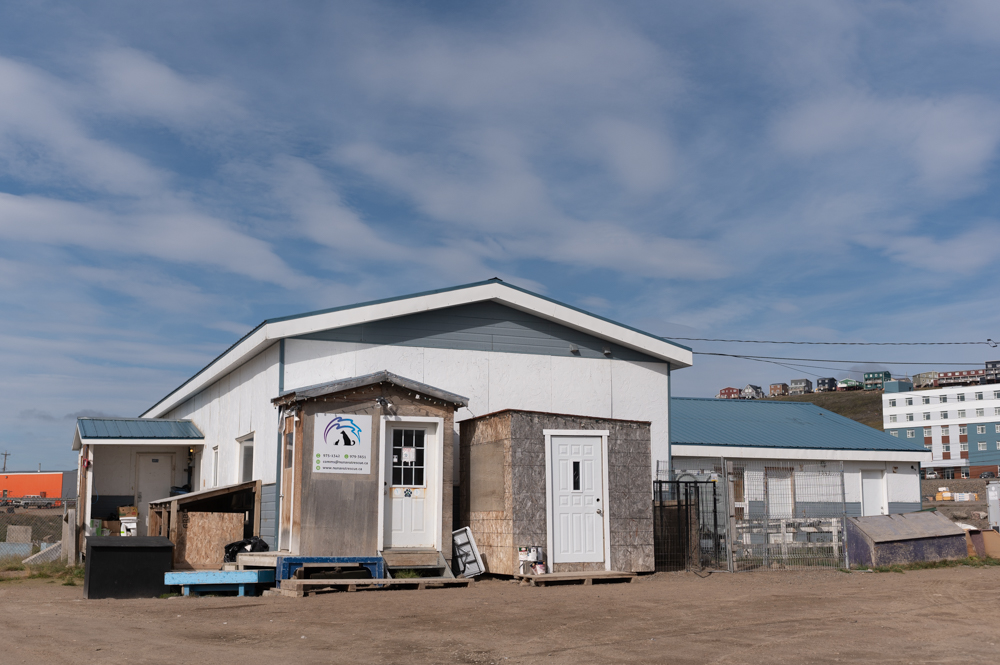 The Iqaluit Humane Society’s city-owned shelter is set to be demolished next year, prompting the organization to launch a major fundraising drive to pay for a new facility. (File photo) 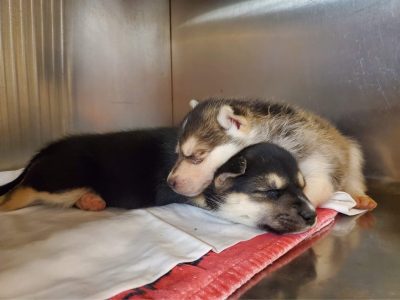 Two puppies nap together in a kennel at the Iqaluit Humane Society shelter. (Photo courtesy of IHS)

The Iqaluit Humane Society city-owned shelter sits quietly tucked away off Federal Road on Ulu Lane. But walk through the shelter’s front doors and you’ll set off a chorus of howls and yelps from its excited occupants.

The building, which has been occupied by the volunteer-run organization for over a decade, is now set to be demolished in 2021. The Workers’ Safety and Compensation Commission condemned part of the facility earlier this year for safety reasons.

But the Iqaluit Humane Society hopes to turn that circumstance into an opportunity to rebuild the animal rescue service and broaden its mandate to include wellness and rehabilitation.

“It’s a very short time-line to construct anything in the Arctic,” admits Janelle Kennedy, president of the IHS board of directors.

“We’re not looking for marble countertops or chandeliers. We’re looking to build something that’s functional. “

Kennedy said the IHS takes in anywhere between 350 and 600 animals a year, mostly dogs and cats, from Iqaluit and around the Baffin region. The organization operates on between $80,000 and $100,000 a year that comes from private donations and grants.

That money goes to pay for supplies—pet food, kennels, and spay and neuter clinics in other communities. The organization also employs three full-time and five part-time staff, who help care for the animals and help to ship them to southern animal rescues if needed.

Currently, the IHS is caring for 23 dogs and two cats.

As the organization looks ahead to its future, Kennedy said they hope to expand their reach to be able to work with different community groups and help other Nunavut regions co-ordinate their own local animal rescue services.

The society has launched a Go Fund Me campaign seeking $1 million in donations.

The organization has also applied for an Arctic Inspiration Prize to help the IHS build wellness activities into its day-to-day operations. Kennedy said the organization would like to work more closely with inmates at the correctional centres in the city and train staff and animals to do therapeutic visits and suicide prevention with different groups.

“And we need to start thinking about some longer-term, more sustainable solutions for animal care in the North.”

During a meeting last August, Iqaluit city council passed a motion for the city to work with the humane society to develop a lease agreement.

That’s because the IHS has been operating on city land without a lease for as long as it has worked at the Ulu Lane facility.

That dates back to when the city took over the building in the late 2000s, which was then the city’s dog pound. As the IHS acquired the building, Kennedy said the organization slowly took over functions of the pound, for example, taking in dogs that city bylaw officers picked up.

The city told Nunatsiaq News that it’s looking for an appropriate piece of land for the organization to lease in 2021.

“Together, the City and the IHS advocate for the safety and well-being of dogs, and the City will continue to have an integral role in reuniting lost dogs,” the city said in a Nov. 2 email.

“The city is also looking for a new pound location and to update the animal act in order to reduce the need for IHS services.”

Kennedy said the city is a critical partner for the IHS moving forward.

“[The move] is no one’s fault. It’s just something we have to overcome and we have to keep a positive outlook,” she said. “Maybe this is [the] situation we need to push us to do something spectacular.