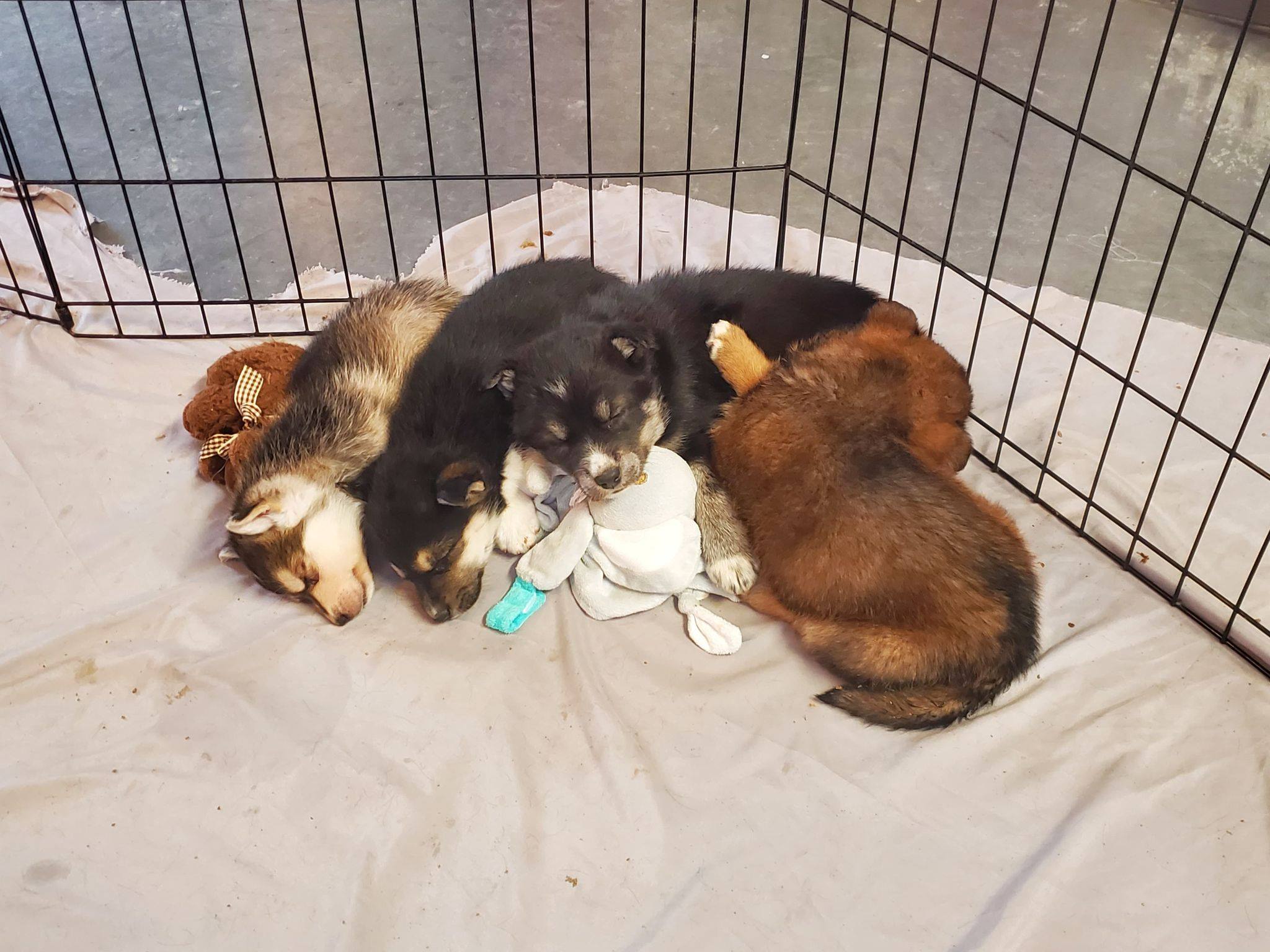 Puppies huddle together in an enclosure at the Iqaluit Humane Society’s shelter, which is set to be demolished in 2021. The IHS received a $250,000 donation towards the construction of a new facility. (Photo courtesy of IHS)

The Iqaluit Humane Society is now halfway to its fundraising goal, thanks in large part to a major donation by a Toronto-based foundation.

The humane society’s Ulu Lane shelter has been partly condemned and is set to be demolished next year, prompting the organization to look for a new parcel of land and $1 million to pay for a new facility.

In response to IHS’s fundraising campaign, the Eric S. Margolis Family Foundation made a donation of $250,000 to the humane society of earlier this month, bringing the society’s fundraising total to almost $500,000.

Retired Toronto journalist Eric Margolis and his wife Dana founded the foundation in 2011 “out of our love for animals,” he said.

The foundation has provided funding to animal rescue groups across the country ever since — the Iqaluit Humane Society among them — but it’s never given such a large amount before.

“We focus on small organizations that actually get in there to rescue these animals,” he said.

Margolis said he’s never been to Nunavut before but was struck reading about the lack of infrastructure across the territory. He said he was moved by the society’s efforts to relocate in such a short amount of time, along with the society’s plans to expand its mandate and do more community outreach.

“We’re proud to help the group,” he said.

The Iqaluit Humane Society takes in anywhere between 350 and 600 animals a year, mostly dogs and cats, from Iqaluit and around the Baffin region.

The organization operates on between $80,000 and $100,000 a year that comes from private donations and grants. That money goes to pay for supplies — pet food, kennels, and spay and neuter clinics in other communities — as well as some part-time staffers.

The society has said it hopes to expand its reach to be able to work with different community groups and help other Nunavut regions co-ordinate their own local animal rescue services.

The humane society hopes to rebuild in 2021.

“We are stunned, humbled and down a few boxes of tissues,” the IHS posted to its Facebook page last week, in response to the $250,000 donation.

“We cannot thank them enough for the continued support and this unbelievable act of generosity towards our shelter.”