With its current building set to soon be demolished, non-profit organization says it’s still looking for a new home 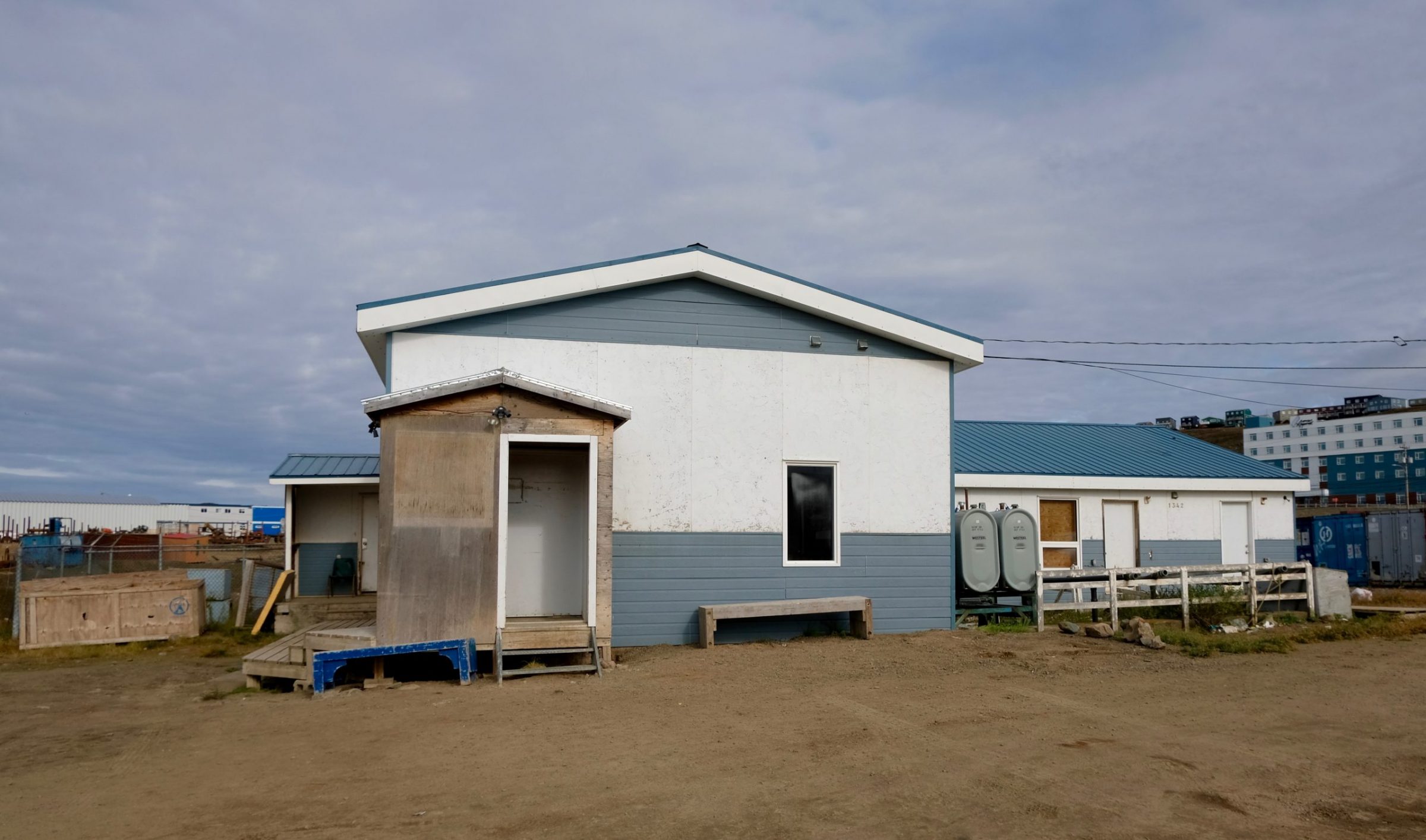 All signage has been removed from Building 1342, formerly the Iqaluit Humane Society. (Photo by Mélanie Ritchot)

The organization that gives homes to lost dogs now finds itself without a home of its own.

The Iqaluit Humane Society shut its doors at 1342 Ulu Lane on Thursday. The City of Iqaluit, which owns the property, has set the building to be demolished and the humane society does not have another location in which to move.

“It is with great sadness and heavy hearts that we are announcing the closure of the Iqaluit Humane Society location until further notice,” the humane society stated on its Facebook page late Wednesday night.

Last week, the city gave the humane society a one-month extension on its lease, pushing the deadline to Oct. 1.

The humane society stated it had to move out now because the incoming winter weather made closing the shelter in a month “impossible” and people were available to help now.

An Aug. 25 letter from the city to the humane society states that “the council also wants to ensure that the transition goes smoothly and that there will be no harassment, bullying or intimidation towards staff. Any sign of unwanted behavior will result in the immediate termination of the lease.”

Nunatsiaq News made several attempts to seek comment from the humane society this week after learning about the pending end of its lease. Its representatives said they were unavailable but may speak later in the week.

“We told them at that time we wouldn’t allow them to be rude to our staff anymore and it didn’t stop,” Bell said.

While the humane society said it is still operating as a non-profit organization, it can no longer accept animals since it does not have a permanent location. The humane society accepted animals to shelter them, give them new homes and provide medical services.

The city will continue to use the city-owned shelter to temporarily house impounded dogs, mostly in an outdoor sheltered area, Amy Elgersma, the chief administrative officer for the city, said in a statement. Elgersma added the purpose of keeping the shelter open is to reunite dogs with their owners and that the city will extend the amount of time it holds impounded dogs.

Elgersma said the shelter’s eventual destruction is because the building is in “disrepair and would require investments in the facility” for a longer term lease.

Bell said the city will operate and keep the shelter open as long as necessary.

With loose dogs being a longstanding issue in Iqaluit, Bell said there will be a vote at the next council meeting to offer free dog licences, to help ensure that dogs get returned to their owners instead of going to a shelter.

The humane society said its goal remains to secure a new location for an animal shelter.

Currently, the humane society has a trailer the same size as the 1342 Ulu Lane shelter but no location for the trailer to be placed. With $500,000 of construction funds in a trust fund, the humane society said it intends to raise the remaining amount of money necessary to have its own building.

Last year, the humane society started a fundraising campaign to raise $1 million for a new facility. In the same year the Eric S. Margolis Family Foundation made a donation of $250,000.