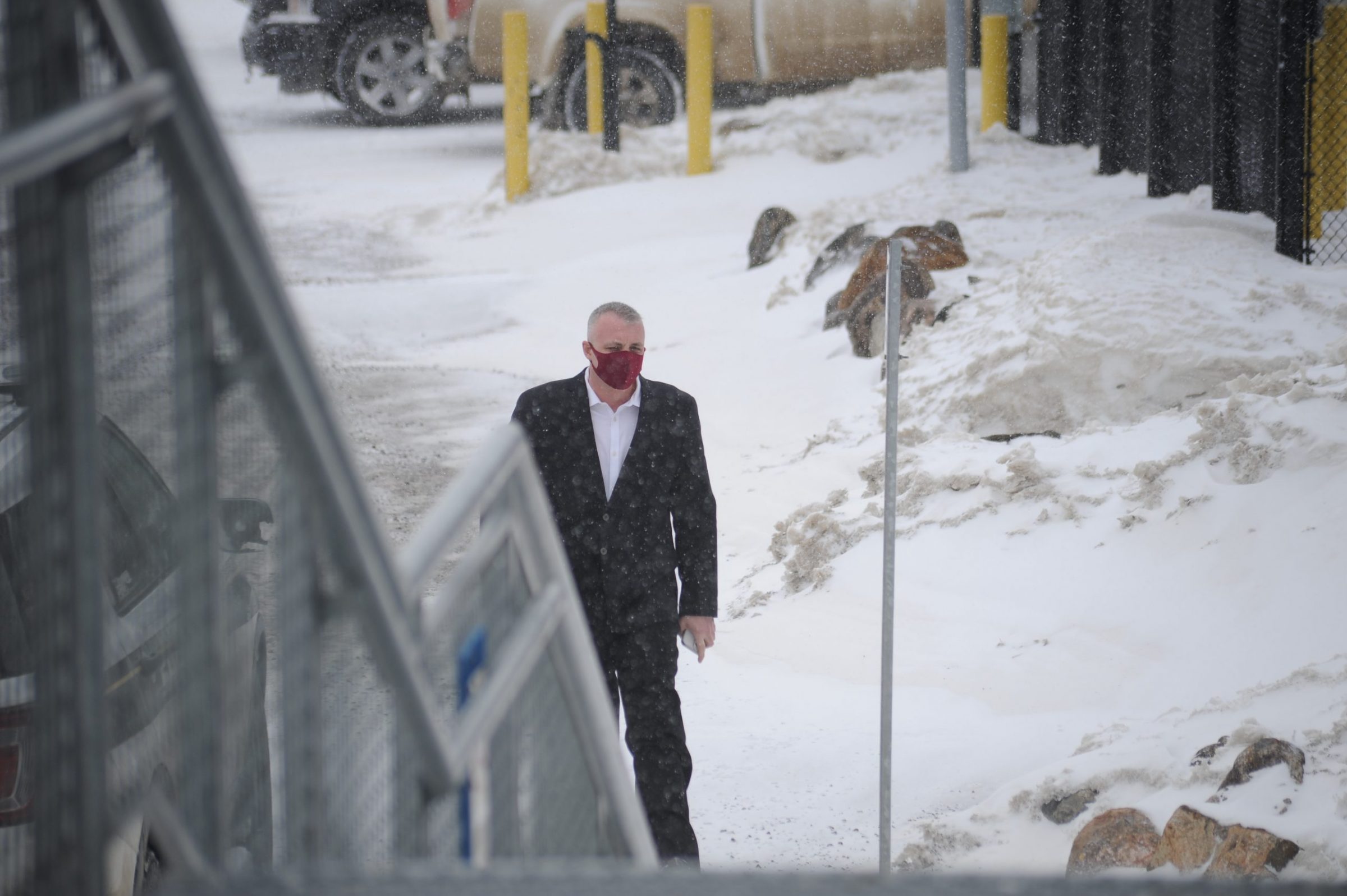 A Nunavut judge has acquitted Daniel Hodgson in the 2017 death of Bradley Winsor.

Justice Susan Charlesworth delivered her verdict Wednesday afternoon from the Iqaluit courthouse. She found Hodgson not guilty of second-degree murder, the charge he stood trial for, as well as not guilty of a lesser charge of manslaughter.

Charlesworth determined that Hodgson, 41, did indeed cause the death of Winsor, 23, by putting the man in a chokehold in the early hours of May 19, 2017, at a house party in Apex.

That’s where a group of Iqaluit residents gathered to have drinks together after celebrating the birthday of a friend at the city’s bars.

Multiple party-goers testified at the trial that Winsor was drunk and high on cocaine that night, when he got into multiple altercations with the party guests. Because Winsor was a heavyset man, one guest asked Hodgson — also a man of large stature — to intervene.

Charlesworth found that it was reasonable for Hodgson to believe that Winsor was a threat to guests, when he ignored requests to leave the party.

“For murder, the Crown must prove that Mr. Hodgson intended to kill, or intended to cause bodily harm that he knew was likely to kill,” Charlesworth said in her verdict. “On all of the evidence, I cannot find such intent.

“This was a party that suddenly took an unpleasant turn. Mr. Hodgson was asked to intervene, and he did what he could to control Mr. Winsor,” she said.

“The chokehold lasted a fairly short period of time and everyone was surprised that Mr. Winsor was not responsive after.”

Charlesworth noted that Hodgson came to the party with an injured hand, so that it was not unreasonable for him to use a chokehold as a means to restrain Winsor.

She also noted Hodgson’s attempt to fly to Ottawa the morning of Winsor’s death does not suggest his death was intentional.

Hodgson appeared in court by videoconference on Wednesday in a white shirt and black jacket. He showed no emotion as Charlesworth read her verdict, staring straight ahead.

Hodgson, an Iqaluit business owner, has been out on bail since 2017.

Charlesworth also took a moment to address the family of Bradley Winsor.

“No matter what decision I make, I cannot turn back the clock and relieve the hurt from the loss of a young man, who I’m sure was loved,” she said. “I’m sorry for that loss.”

Nunatsiaq News followed the proceedings by videoconference where they were livestreamed from the Iqaluit courthouse over the last two weeks of April.