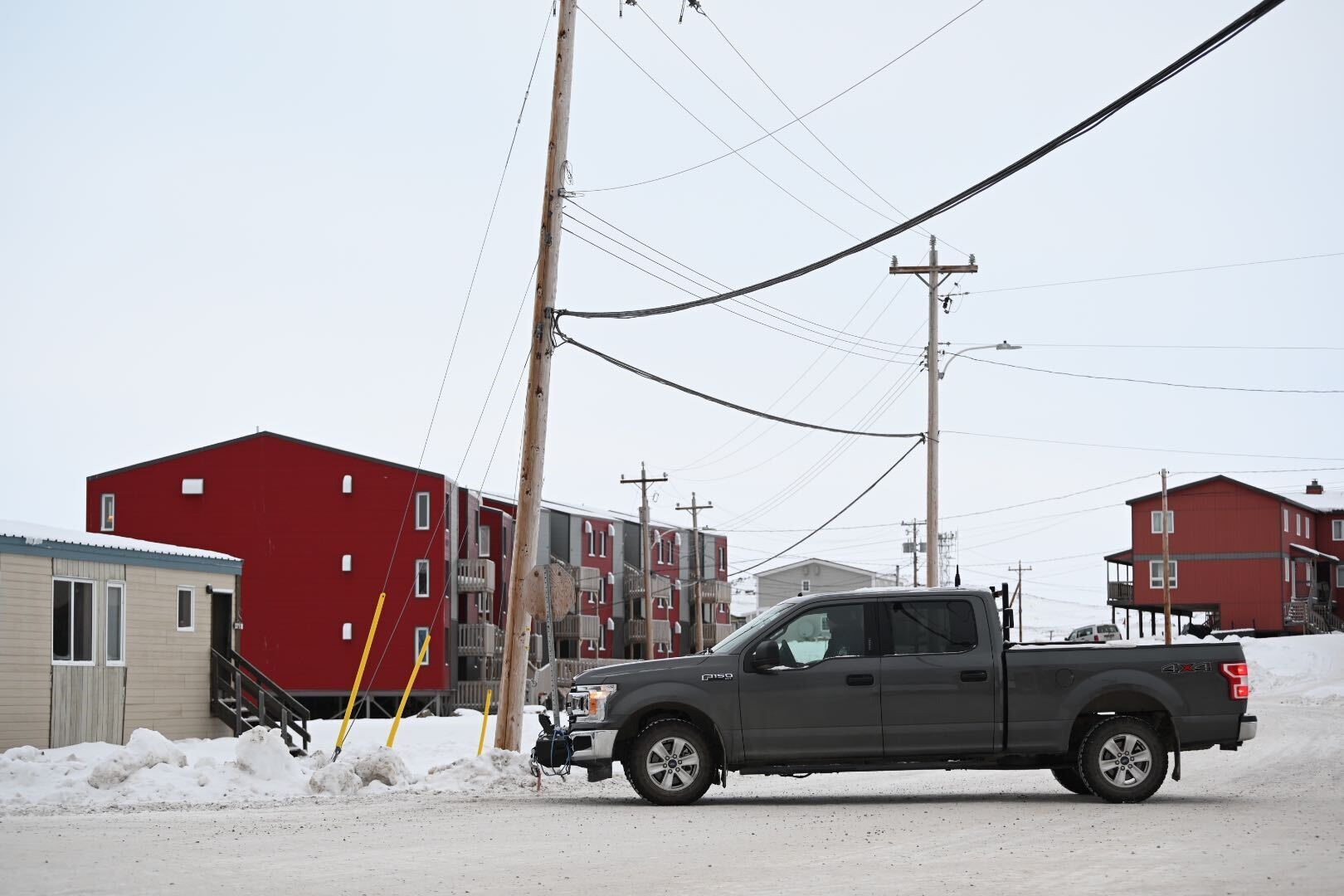 An unmarked police truck blocks off Imiqtarviminiq Street on the morning of Nov. 13, during a standoff that led to the arrest of 31-year-old Russell Muckpah. (Photo by Dustin Patar)

The Iqaluit man arrested last Friday, after a 10-hour standoff with police, has been charged with unlawful confinement, an RCMP spokesperson said on Tuesday, Nov. 17.

That’s in addition to charges of assault, possession of a weapon and failure to comply with release orders. Those other charges were announced by the RCMP following the man’s arrest. The man, 31-year-old Russell Muckpah, may face more charges, pending an investigation, the spokesperson said.

On Nov. 13, shortly after 7 a.m., police were called to disturbance at a home in the 4100 area of Imiqtarviminiq Street. A man was threatening occupants of the residence with a knife, police said a news release.

The Nunavut RCMP critical incident team, including a containment team and crisis negotiators, brought the incident to a peaceful resolution just before 6 p.m.

Muckpah was remanded back into custody after he appeared before the court on Saturday, Nov. 14. His bail hearing is scheduled for Dec. 1.