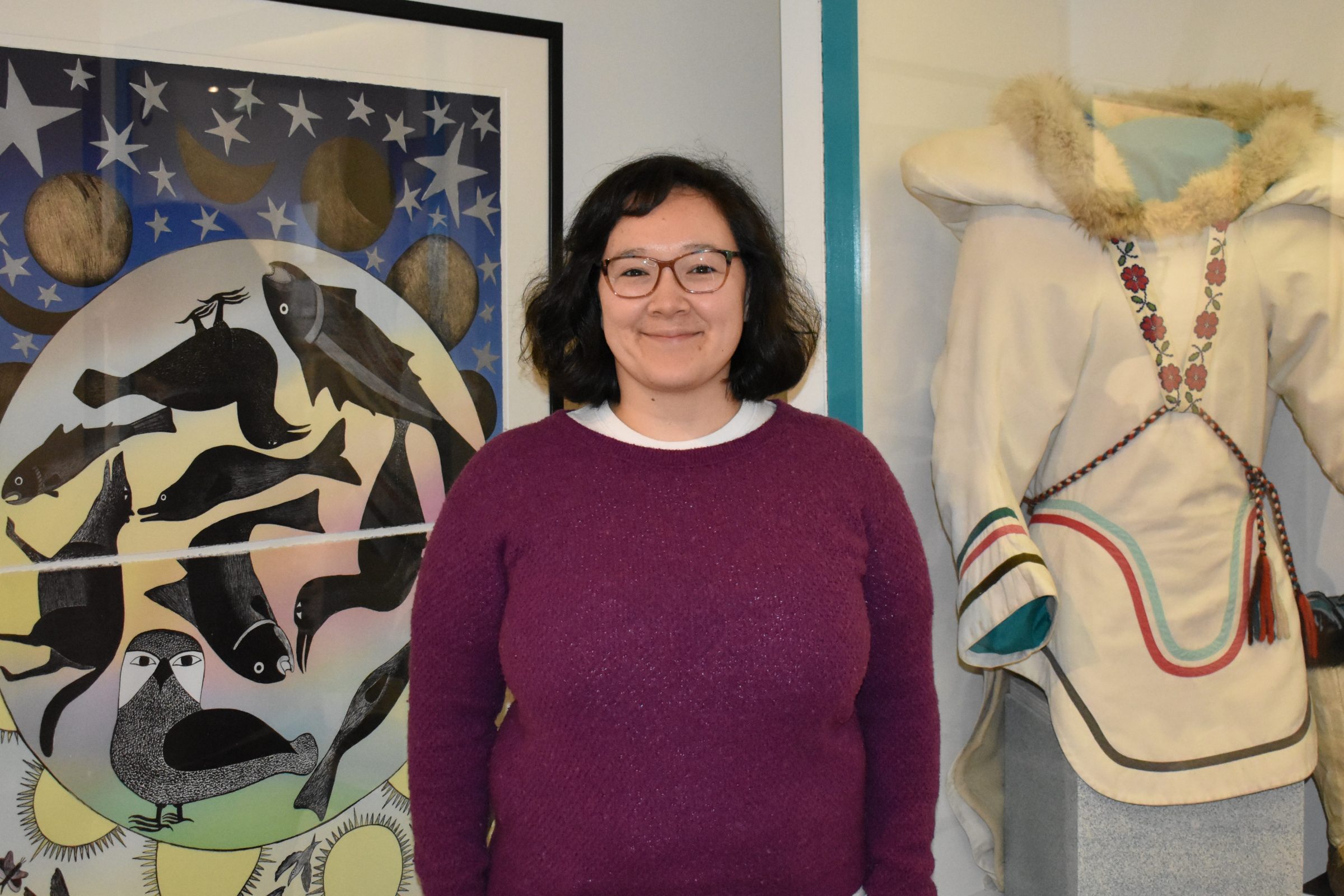 Jessica Kotierk is the new curator at Iqaluit’s Nunatta Sunakkutaangit Museum. She plans to make room for Inuit filmmakers and digitize the whole art collection. (Photo by Courtney Edgar)

The new Inuk curator at Iqaluit’s Nunatta Sunakkutaangit Museum has a vision for the Inuit art collection housed in Nunavut’s capital. It involves making greater use of technology and putting a spotlight on Inuit film.

“I love film, so I am hoping that can be a broad subject that could be put in that space,” said 32-year-old Jessica Kotierk.

“There’s so much that Nunavut has created and there aren’t many places to see it.… I can do something where film can be showcased and people can come in and see what’s been made here—what people have been making but get shown outside of Nunavut.”

As the museum’s curator, Kotierk will manage how art is stored and showcased. She will also be in charge of planning how to digitize the collection and will get to choose the subjects of the temporary gallery.

She would like to screen short films in the temporary gallery, and is also interested in exhibiting information about Inuit filmmakers.

“That’s the fun problem-solving I have,” Kotierk said. “I have to think of how we can make something so that people can come in and enjoy.”

Another problem Kotierk is excited to solve is getting the art pieces currently in storage, for lack of space, out to the public.

For Kotierk, hiring an Inuk for the position is an obvious “no-brainer.”

She hopes her role as curator will help inspire youth to follow their dreams too.

“The more variety of positions Inuit have, the more young Inuit can see that they can do anything and be in the administration of organizations like this,” Kotierk said.

And it would be hard to find someone more qualified for the job.

Kotierk took film studies at York University after high school and then collections management and conservation at Fleming College in Ontario.

“After that I was kind of strict with myself and I only worked on projects that had to do with Inuit art or archeology,” Kotierk said.

She did an internship in the National Museum of Denmark in Copenhagen where she worked on an exhibit featuring Igloolik parkas and sealskin clothing.

As well, Kotierk worked at the McMichael Art Gallery in Toronto where she digitized Cape Dorset prints.

She has also worked with Inuit art in Bern, Switzerland and Inuit archeology at the Avataq Cultural Centre in Montreal.

Her most recent job before this was at the Nunavut Film Development Corporation.

“I like to organize objects and learn more about them, so this is a great position for me,” Kotierk said.

“And I think that if anybody takes their interests and what they are good at, then they can do that in their work.”