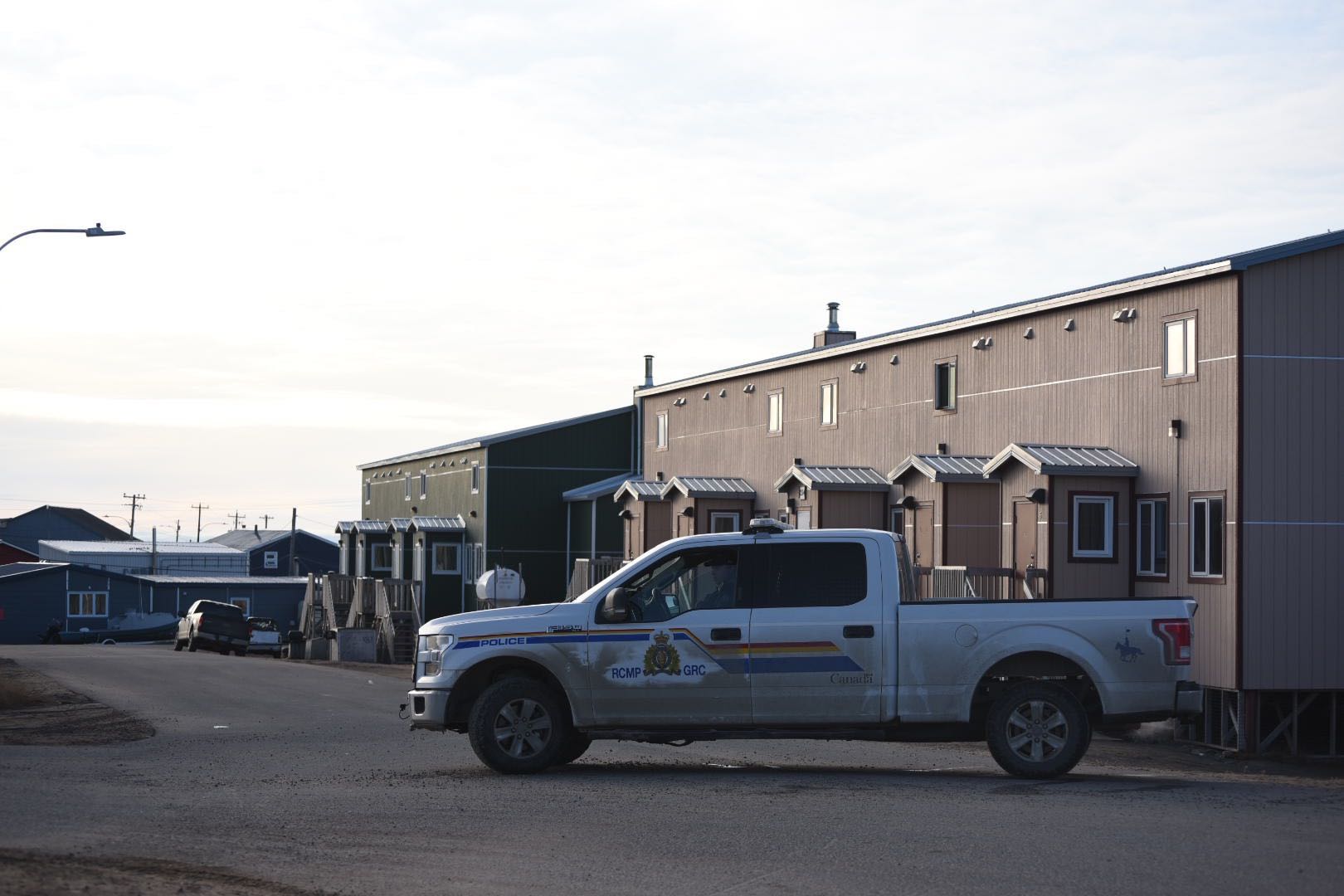 Iqaluit RCMP have arrested a 24-year-old man in connection with the Oct. 2 standoff in the city’s 200s block. (Photo by Dustin Patar)

Iqaluit police have arrested Oolayou Shoo, 24, in connection with a standoff that occurred at a residence in the city’s 200s block on Tuesday, Oct. 2.

Police say they responded to an early morning domestic violence-related call to find Shoo and two children barricaded inside the residence.

When they arrived, police immediately engaged in dialogue with Shoo, who refused to surrender, a press release said.

Shoo pointed a firearm through a window and demanded that police leave the area, the release said.

The RCMP’s critical response team was also dispatched to the scene.

Police, along with the municipal enforcement, secured the block of the 200s where the incident was taking place and told residents to avoid the area.

After 10 hours, crisis negotiators were able to negotiate a peaceful resolution, police said.

Both children inside the residence were taken to safety and Shoo was arrested when he tried to leave the scene on an all-terrain vehicle, the release said.

The RCMP thanked City of Iqaluit bylaw officers for their assistance.

Shoo was scheduled to appear in court in Iqaluit on Oct. 3.