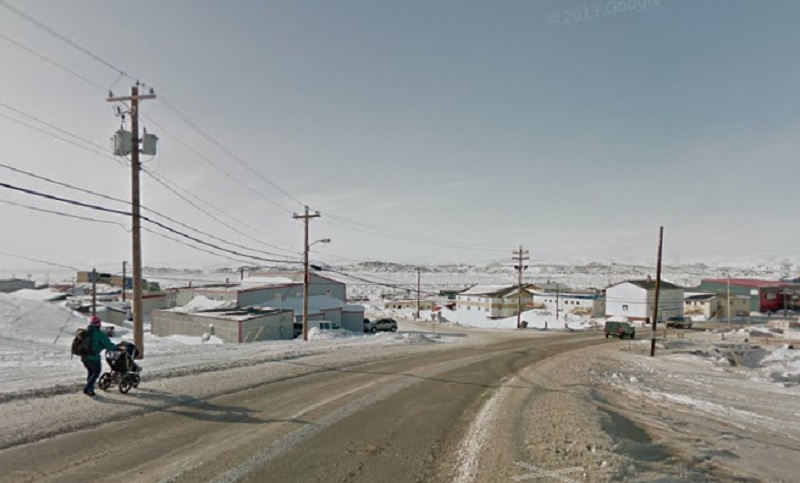 The Iqaluit RCMP said they received a complaint on Saturday, Sept. 26, about a lone man walking by DJ Specialties store while pointing a firearm down the hill. The police continue to look for that individual. (Google maps image)

The Iqaluit police say they are looking for a man alleged to have pointed a rifle in public this past weekend.

Iqaluit RCMP said they received a complaint on Saturday, Sept. 26, about a lone man walking by DJ Specialties store holding a firearm, reportedly pointing it down the hill.

The suspect, seen carrying a long-barrelled rifle, was described as wearing dark pants and a camouflage jacket, the RCMP said in a news release on Monday, Sept. 28.

But that description led police to intervene with the wrong suspect—another man who fit that same description.

During the police investigation, officers found another man walking through the 200-block neighbourhood with a rifle slung over his shoulder.

A number of officers intercepted the man in what they described as a “high-risk arrest.”

Iqaluit city councillor Janet Brewster said her son was the individual mistakenly arrested that afternoon, who had the “misfortune of walking out of our home at the wrong time” on his way out hunting.

I can’t even begin to describe how terrifying it was to see these people point their guns at my child.

There has to be a better way than this. Not everyone can remain calm in this situation, and this is why people die.

Pointing guns at people shouldn’t be the go to.

“The individual was released with no charges and police have been in contact with the family,” the RCMP said about the mistaken arrest.

Brewster said the officer she spoke to after the incident suggested anyone carrying a rifle in public should have it in a case.