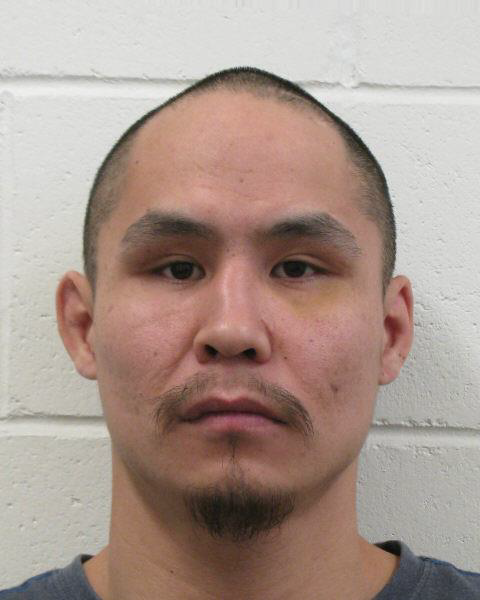 Iqaluit RCMP have taken Iola Lucassie, 32, into custody after issuing a warrant for his arrest on Oct. 22. (Photo courtesy of Iqaluit RCMP)

Iqaluit RCMP say they have found Iola Lucassie, 32, who was wanted by the police.

The police located Lucassie inside a residence in the city on Thursday, Oct. 31, and executed an arrest warrant, according to a news release.

Lucassie was charged with assault causing bodily harm in relation to an incident that occurred at a residence in the city on Oct. 6, the police had said in an earlier news release.

Lucassie appeared before a justice of the peace on Friday, Nov. 1, for a bail hearing and remains in custody, police said.

Iqaluit RCMP initially sent out a news release on Oct. 22 saying they had not been able to locate Lucassie and had obtained a warrant for his arrest.

The police had also asked members of the public not to approach Lucassie and to call the RCMP immediately if he was seen.

His next scheduled court appearance in Iqaluit is on Nov. 19.