Access to shooting range closed until pumping project is complete 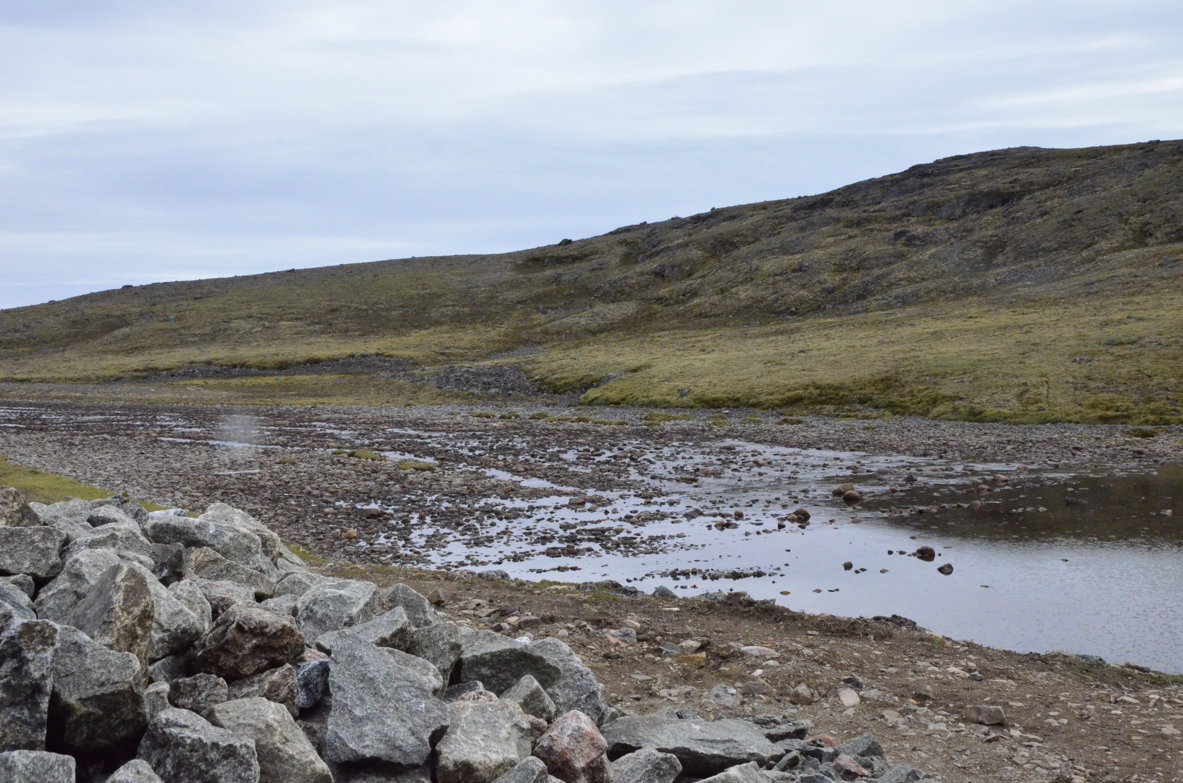 Now that the emergency pumping of water into the Lake Geraldine water reservoir has begun, Iqaluit municipal officials are reminding residents to stay out of a restricted area north of the Road to Nowhere bridge.

“There are heavy equipment and vehicles working in these areas which pose a risk to vehicles and pedestrians,” the city said in a public service announcement.

“In addition, the construction site and access trail to Unnamed Lake must remain clear of vehicles and pedestrians to avoid any disruptions to the work that could result in pumping delays,” the city said. 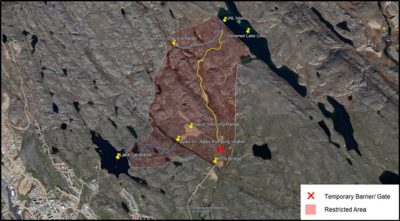 The municipality of Iqaluit says residents should stay out of the restricted area marked with a reddish shade on this map. (Click to enlarge.)

That includes access to Iqaluit’s shooting range, which will remain closed until pumping activities are complete.

Water began flowing into Lake Geraldine on Sunday, Aug. 25, and the city hopes emergency pumping efforts will fill the reservoir by Oct. 15.

Meanwhile, work continues on the project, which is diverting water from Unamed Lake into the Apex River, and from there into Lake Geraldine.

Unnamed Lake is located northeast of Lake Geraldine, about three kilometres from a pumping station site on the Apex River off the Road to Nowhere.

Earlier this summer, the Nunavut Water Board granted an emergency amendment to the City of Iqaluit’s water licence to allow that project to go ahead.

Record low precipitation this year has produced startling reductions in water flow in the bodies of water around Iqaluit.

Lake Geraldine is fed by run-off water in the spring, summer and early fall.

After the ice forms, Lake Geraldine cannot be replenished. This sparked fears that the reservoir would run out of water before the end of the winter.

The water board is allowing the city, under the emergency amendment, to withdraw up to 700,000 cubic metres, equal to 700 million litres, from Unnamed Lake.

At the same time, Unnamed Lake may become a future source of water for the city, after further study.

Access to Iqaluit’s shooting range will remain suspended until pumping activities are complete, the city said.

Meanwhile, in a separate process, the Nunavut Water Board is still looking at a long-term water licence amendment that the city applied for early this year.

Under the current version of its water licence, the city is allowed to take only 1.1 million cubic metres of water each year from the reservoir.