Heavy precipitation may lead to fat berries and caribou, and lots of mosquitos 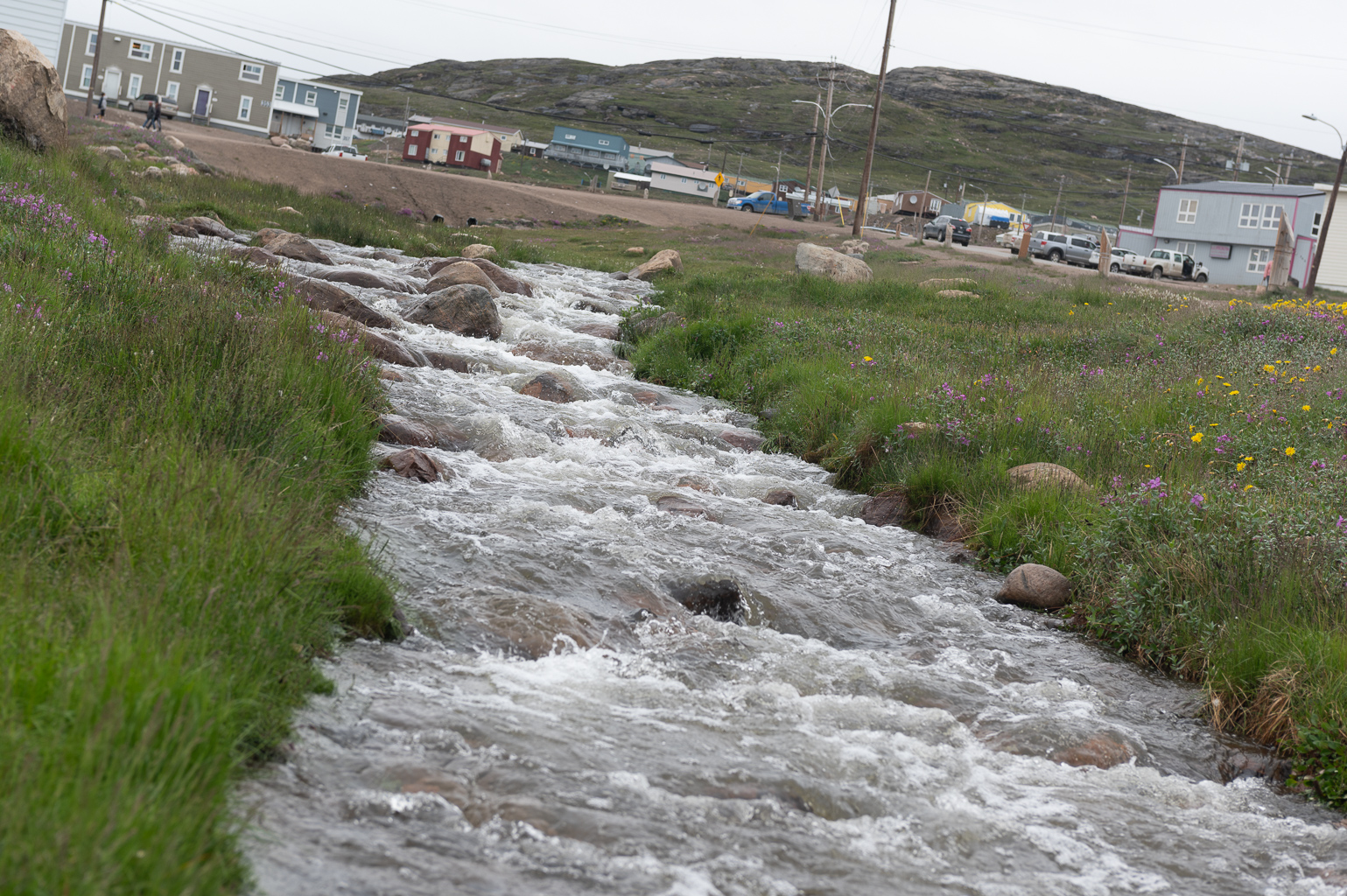 It rained 40.9 millimetres yesterday in Iqaluit, which is the wettest July 21 that Environment Canada has on record for the city.

The previous record for the day was when it rained 29 millimetres in 1976, according to David Phillips, a climatologist with Environment Canada, who’s based in Toronto.

It’s also the wettest July week on record. The rain started on Friday and is expected to clear up at the end of the week, on Friday. So far it’s rained over 60 millimetres this week. The average rainfall for July is 51 millimetres.

It’s “interesting weather,” he said, which is coming from a system that’s hanging over Davis Strait by Quebec. It’s pumping a “cargo of moist air to Baffin Island.”

The system is moving fairly slow, Phillips said, which is why it’s expected to linger until Friday.

Environment Canada records stretch back to 1946.

Looking back over the years is the best way to understand if weather is normal or not, said Solomon Awa, an Iqaluit resident who’s knowledgeable about the environment.

“Because they had so much rain in the summer, the river flowed so strong they couldn’t get across the river,” he said.

Ninety years later, he said it’s happening again. “People think it’s weird,” Awa said, “but it’s not weird because I heard about it before.”

He loved the weather yesterday. “It was awesome! I was dancing in the rain.

The amount of rain Iqaluit’s getting this week may mean bigger berries. “They’re getting juice from the ground,” Awa said.

Caribou, Arctic hare and other herbivores on southern Baffin Island may also end up fatter because the food they eat will grow better. “Instead of eating dry stuff, they’ll be eating green stuff,” Awa said.

Of course, the “temporary bad side” to the rain is that it may also mean more bugs, Awa said. “The little worms grow in the water. They come out and turn into mosquitos.”

But Awa warns that you can’t just look at one week of weather and think you’ll know how plants and bugs will grow. You also have to look at the amount of snow that fell last winter—and that wasn’t very much. If berries and herbivores don’t grow fat this August, it could be because the ground was so dry because of a short, dry winter.

“It’s hard to predict precipitation,” he said, “But that’s what models show.”