Online effort spurred by comedian’s quip about the North 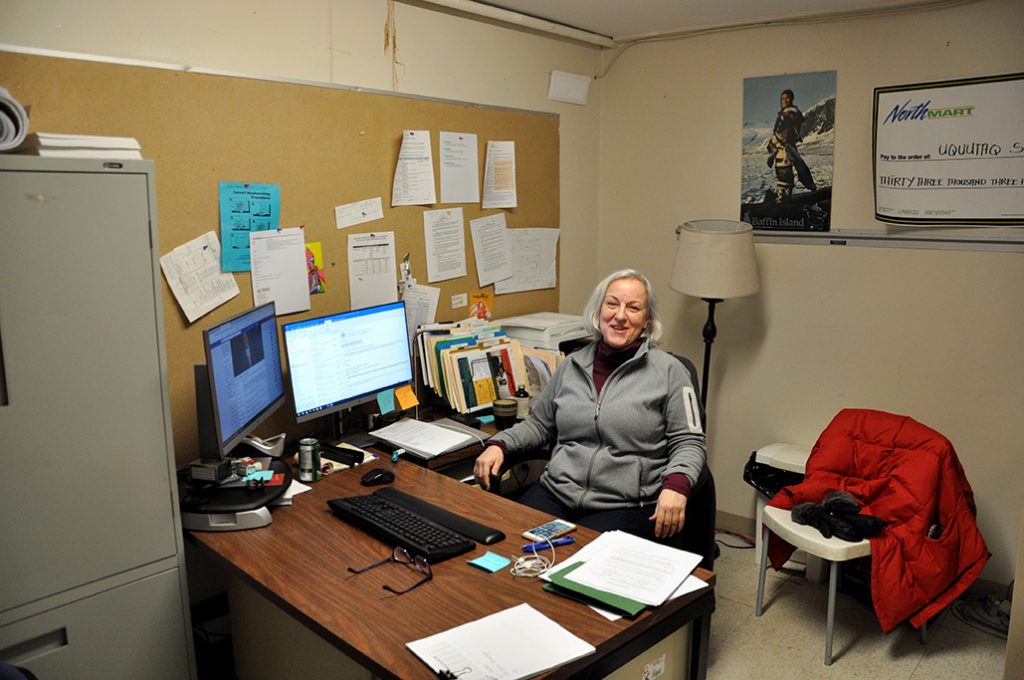 Trevor Noah, a South African comedian and the host of the satirical American news program The Daily Show, has a message for the people of the Arctic.

“With global warming exposing your lands and vast natural resources, many people are calling you the new Africa. And as the original Africa, my friends and I wanted to get together to give you a few tips on what to expect when the white people come,” Noah said on the Daily Show on Jan. 5.

Now, the Uquutaq Society in Iqaluit wants Noah to bring his comedy to the North and help raise money and awareness of the city’s housing crisis.

Laurel McCorriston, the society’s executive director, said it was a moment of inspiration that led her to contact Noah with the request.

“I basically said, white people are already here and so are Africans, so you should come and see, and we may as well raise some money for the Uquutaaq Society,” McCorriston told Nunatsiaq News.

“It’s a way to engage people in a way that is fun. I’d like to raise awareness to broader society about what’s going on in the North,” said McCorriston.

Noah’s international speaking tour comes to Ontario this fall, and that’s when McCorriston is hoping Noah will make time to fly north.

“Someone has already offered him a buddy pass to fly up here. Someone else offered to be his chauffeur, with little South African flags in the windows,” McCorriston said.

In the Daily Show skit, Noah and other Africans offered some advice for those in the Arctic.

“When white people say they’re going to stay for a few days, they actually mean 250 years.”

“White people might ask to borrow your natural resources, like all your gold. Please remember to put your names on it because white people, they don’t give shit back.”

“Most importantly, please get vaccinated, because with white people come many diseases. Cholera, smallpox, restless leg syndrome, tuberculosis and now, back by popular demand, measles!”

McCorriston said she appreciates Noah’s political analysis through humour because it has a social justice bent.

“It cuts through our fear and unwillingness to discuss race issues,” she said.

So far, more than 600 people have joined the page.

And local support for McCorriston’s efforts is growing.

Exploitation of the North began in the 1500s with the search for the Northwest Passage, Lightstone wrote in his letter. Phases of exploitation include whaling, fur trade, Christian missionaries and, today, mineral exploitation, Lightstone added.

“Our community has banded together to cover airfare, accommodations and some caribou mikku, our biltong,” Lightstone wrote, referring to a form of dried meat from South Africa.

The African and Caribbean Association of Nunavut has also thrown its support behind McCorriston.

So too have many Iqaluit residents.

Noah’s visit would be an incredible opportunity to raise awareness of Nunavut’s long-standing housing crisis and homelessness, McCorriston said.

The new buildings will house 60 clients and bring much-needed relief to the city’s only men’s shelter, which is regularly over capacity.

“The work here is tough, so I’d like to have some fun with it,” McCorriston said of her campaign to bring Noah north.

So far, Noah hasn’t accepted the invitation. Noah’s publicist did not respond to a media request from Nunatsiaq News by deadline.

But McCorriston is hoping other Iqalungmiut will help entice him by joining her Facebook page, posting videos to it and by contacting Noah’s speaking tour team. You can find more information on McCorriston’s Bring Trevor to Iqaluit Facebook page.

“I can’t do this on my own and a lot of people want him to come here. So I need lots of people on my team,” McCorriston said