City will be responsible for road closures, paramedic response 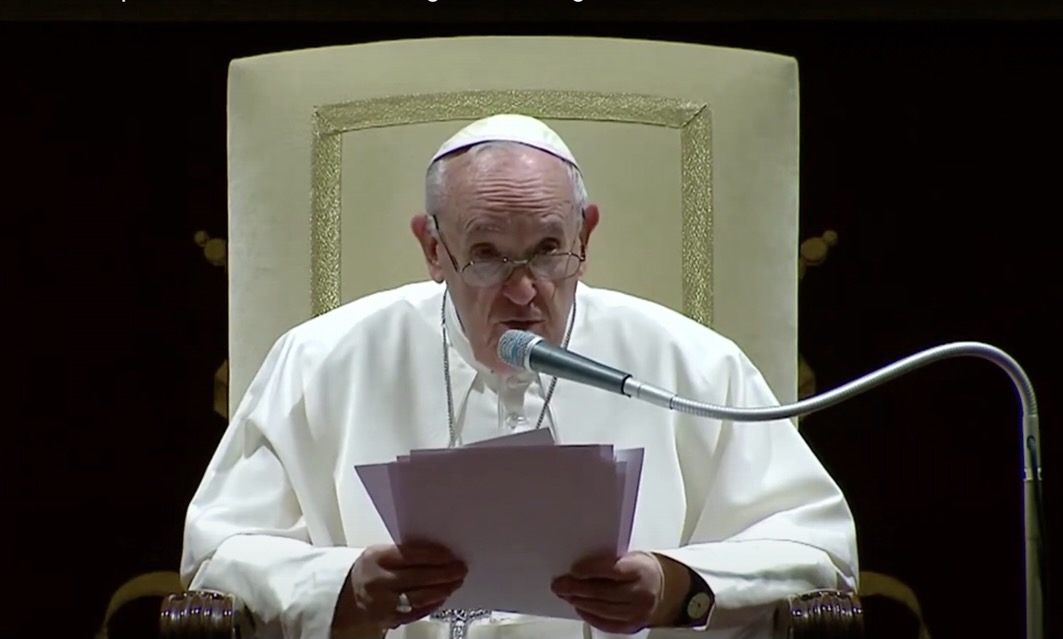 Pope Francis apologizes at the Vatican in April for the role the Catholic Church played in residential school system abuses. He’s coming to Canada next week to make another apology, on Canadian soil. (Screenshot from Salt and Light Media)

Iqaluit has started to plan for the arrival of Pope Francis when he visits the Nunavut capital in July.

Coun. Joanasie Akumalik said as far as he knew, no one from the Vatican had yet reached out to the city.

“I think our residents, I think they’re kind of waiting on what our status would be on the visit,” Akumalik said.

Mayor Kenny Bell later clarified during the meeting, after receiving a text from Amy Elgersma, the city’s chief administrative officer, that someone from the Vatican had reached out to city staff earlier that day.

Bell said the Vatican told Elgersma the city will need to help with road closures and the fire department will have to provide a designated ambulance and paramedics for the Pope.

“We are ready and willing to help where we can … I’m very happy that he’s chosen our city to be one of the sites that he’s apologizing at,” Bell said.

“We want to make sure that we’re part of the team as well, but I didn’t know until just now.”

The Pope’s trip to Canada follows meetings he had with delegates of Inuit, Métis and First Nations at the Vatican in late March. At those meetings, he apologized for the role the church played in abuses against children  in Canada’s residential school system.

Coun. Romeyn Stevenson, who works for the Qikiqtani Inuit Association, said his organization and Nunavut Tunngavik Inc. have already been involved in initial meetings to plan the Pope’s visit.

Stevenson said the city should have been invited to these initial meetings.

“This is going to be a really overwhelming event … The city’s part of it is probably going to be small, but it will be logistical,” he said.

Coun. Simon Nattaq said he wants to see a mental health worker on site during the visit to offer support for survivors and their families.

Bell said he met with an Ottawa RCMP member regarding the service’s presence in the city during the event. He also said members of the Pope’s team are in town to do more site visits.

Bell said he would not be in town for the Pope’s arrival, but Deputy Mayor Solomon Awa would welcome him in his place.

More details on the city’s involvement with the visit will be discussed at the next council meeting, Bell said.

That meeting is scheduled for June 14, according to the City of Iqaluit website.