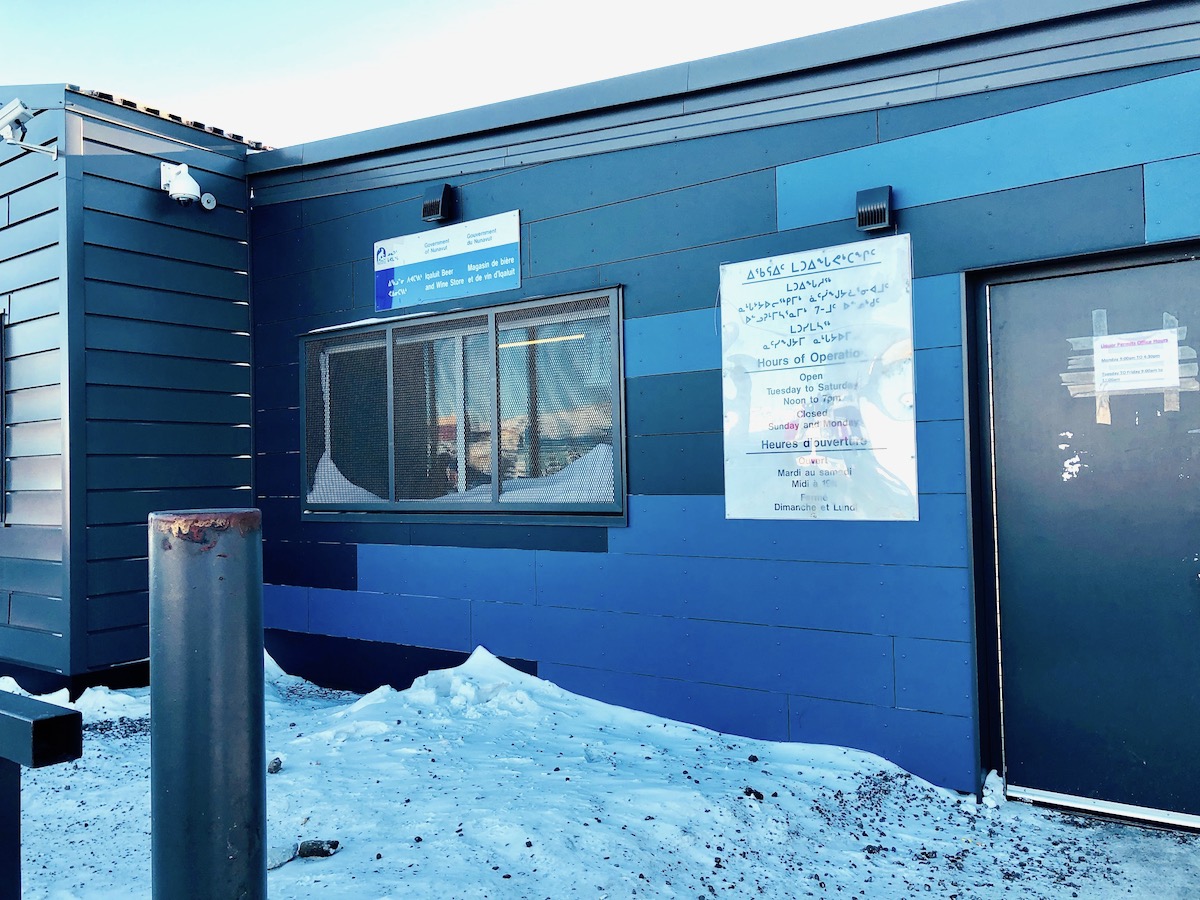 Iqaluit’s beer and wine store accounts for two-thirds of the Nunavut Liquor and Cannabis Commission’s total sales for 2018-19. (File photo)

The Nunavut Liquor and Cannabis Commission collected a total of $16.1 million in revenues for 2018-19, according to its most recent annual report.

Iqaluit’s beer and wine store, which opened in 2017 as a three-year pilot project, accounted for 67 per cent of those sales.

And $10.39 million in beer was sold in the territory last year, 94 per cent of which was domestic beer.

There were also several changes made to the store’s operations in 2018, including changes to the daily limits for customers. Originally, customers were allowed to purchase up to 12 bottles or cans of beer and two bottles of wine each day.

“The GN and NULC are aware of these communities’ interest but—as of March 2019—had not made plans to open additional stores given the Iqaluit store is just halfway through its pilot,” the report states.

Nunavut’s first brewery, the Nunavut Brewing Company, opened in Iqaluit in 2018. To support the new brewery, the commission changed its pricing scheme so customers are charged less for NuBrew products.

“By reducing general mark-ups on small breweries and by recognizing the local advantage of delivering directly to the warehouse, the NULC charges mark-ups and fees of $1.60/litre less on NuBrew beer than on other beer (about $18.16 less per 24 pack). This helps the brewery take home more from their sales,” the report states.

The commission returned $4.5 million in profits to the Government of Nunavut, the report states.

Inuit employment within the Nunavut Liquor and Cannabis Commission was at 79 per cent in March, with 19 Inuit employees out of 24 total, the report states.

The federal government legalized cannabis in Canada in Oct. 2018.

As of spring 2019, Nunavummiut aged 19 and up can buy cannabis online only through two agents of the commission: Canopy Growth Corp. and AgMedica Bioscience Inc., according to the report.

But cannabis sales have been far lower than originally anticipated for the five and a half month’s worth of sales in 2018-19, totalling 6.6 kilograms, the report states. The commission earned about $27,000 in markups from those sales.

“With persistent supply challenges across the country, it has been a challenge to attract agents to dedicate their resources in Nunavut’s relatively small market. These challenges were amplified by Nunavut’s online-only model which required agents to have their own sales portal, and by Nunavut’s language laws,” the report states.

Nunavut’s Department of Finance is responsible for regulating privately owned retail sales in the territory.

“Even when retail stores are up and running in Nunavut, the NULC plans to continue with our current online model to ensure that all Nunavummiut of legal age have access to legally sourced cannabis,” the report states.

As part of the Iqaluit beer and wine store pilot project, the GN monitors impacts on the community through the Department of Finance’s Beer and Wine Store Monitoring Working Group.

The Department of Family Services did, however, indicate it had “heard anecdotal reports from shelters that there is an increase in drinking among their clients.”

The RCMP reported a “marginal rise in alcohol-related police files since 2017 but that the increase does not reflect a significant change.”

Last year, the commission spent $519,000, or 11 per cent of its revenue, on social responsibility campaigns, the report notes.

The commission also conducted a survey at the Iqaluit store in 2018, which was completed by 787 people.

While the report only offers a snapshot of the survey’s results, it notes that 43 per cent of people felt the store had a positive impact on them, while 41 per cent said it had a negative impact.