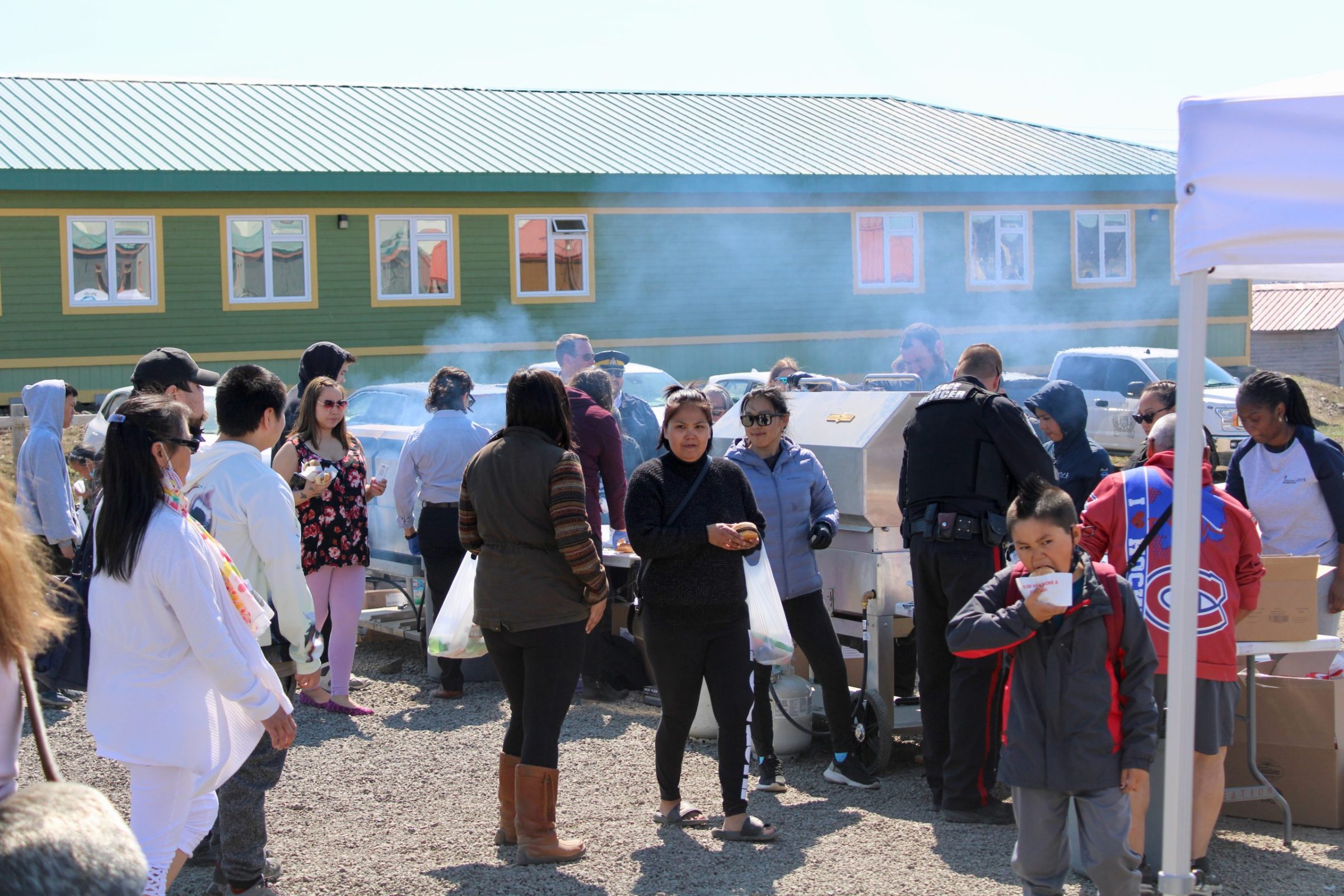 Iqalummiut line up for burgers and hot dogs at the city’s barbecue, one of the events held for National Indigenous Peoples Day. (Photo by David Lochead)

The summer solstice brought with it clear skies and temperatures around 12 C, warm enough that people wore T-shirts without a jacket or sweater.

The event was the first of several held by the City of Iqaluit to commemorate National Indigenous Peoples Day on Tuesday. The day is meant to celebrate and recognize Indigenous culture and heritage in Canada.

Patrick Audlaluk, who was attending the barbecue, noted the celebration also falls on the day of the summer solstice, the official start of summer and the day with the longest period of daylight.

“I like the idea,” Audlaluk said of having the two events on the same day.

Outside of the barbecue, the city offered a bouncing castle at the Arctic Winter Games arena, a public skate at Arnaitok arena and a public swim at the Aquatic Centre.

The city also announced that country food pop-up stations would be roving through the city every hour starting at 1 p.m.

Outside of city’s events, the Embrace Life Council, a Nunavut suicide prevention and mental health organization, offered tea and bannock across from the Arctic Ventures grocery store.

Especially for Inuit, tea and bannock is a way to be welcoming, Elisapee Johnston, a member of Embrace Life Council, said.

The day is a chance to celebrate and appreciate Indigenous peoples, Johnston said.

“There’s Thanksgiving, but this is our [version],” she said.