Iqaluit thrift store has a home for one more month 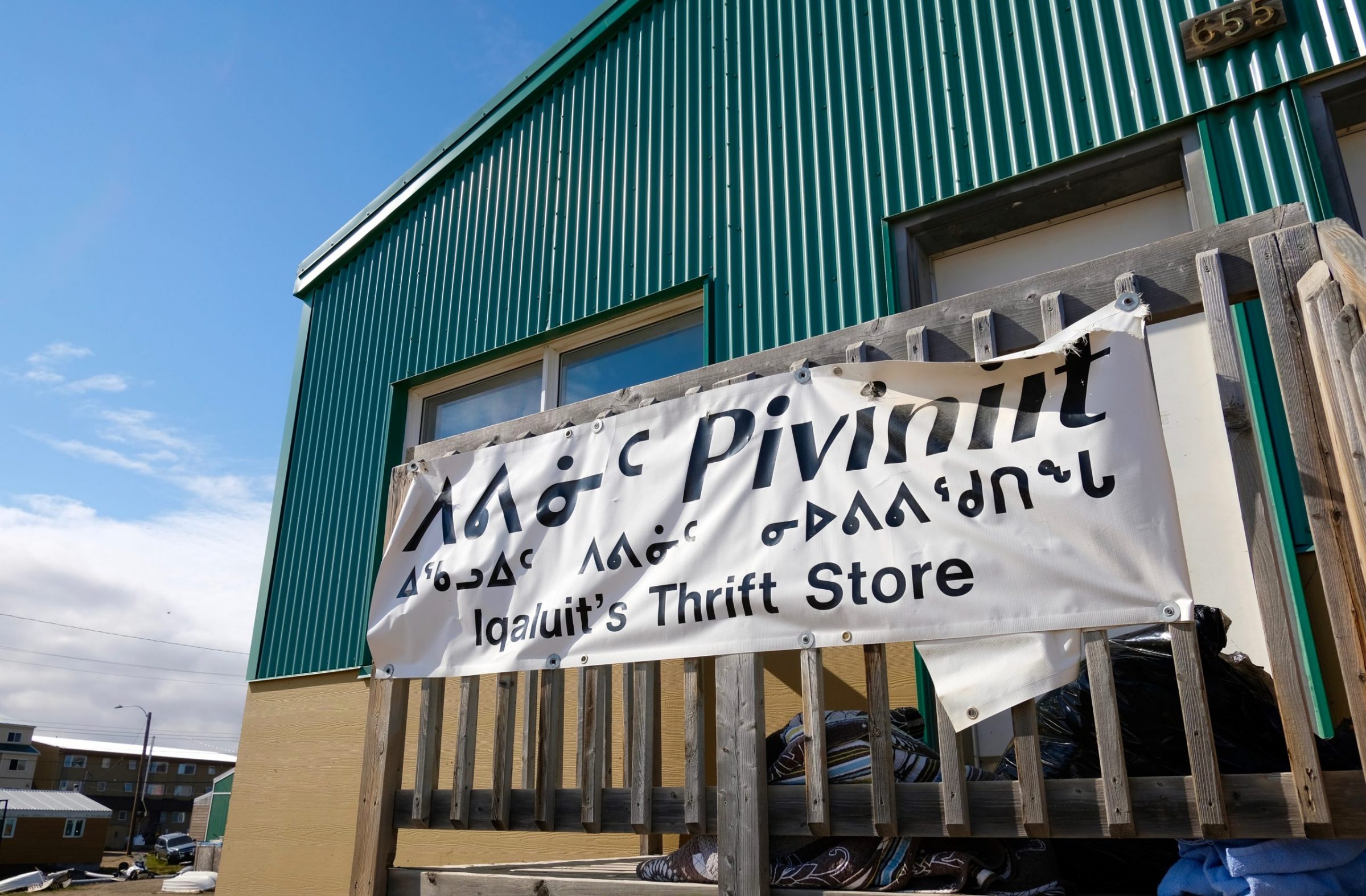 The current location of the Piviniit Thrift Store in Building 655. Piviniit is aiming to find a new location by mid-October. (Photo by Mélanie Ritchot)

Iqaluit’s Piviniit Thrift Store will be keeping its doors open for one more month at its current location.

“Having the extra month makes a world of difference to us at this point,” said Anika Bychok, a board member and the volunteer coordinator at Piviniit.

Piviniit’s lease at Building 655 was expected to end Sept. 15. Now Bychok said the landlords of the building, Qajuqturvik Community Food Centre, have agreed to extend the lease to Oct. 16.

Piviniit says its petition to save the thrift store received around 800 signatures.

While Qajuqturvik had previously said that a petition would not affect its decision to evict the thrift store, Bychok said that the petition, along with seeking a legal opinion, may have helped in Piviniit’s negotiations for a month’s extension.

“I think the petition shows that we have a lot of support in the community, so that’s why I like to think it played a role, but I don’t know for sure,” Bychok said.

Rachel Blais, the executive director of the Qajuqturvik, said her organization has no comment on the extension.

Piviniit is optimistic about finding a new location in October. Bychok said she wants the lease to be secured before giving more information but is feeling hopeful about the new location Piviniit is pursuing.

“If it does [work out] it will give us more space than we currently have so that would be very nice,” Bychok said.

In mid-July Qajuqturvik served Piviniit an eviction notice for the space the thrift store sublets in Qajuqturvik’s building. Piviniit was given until Sept. 15 to vacate. The reason for the eviction was for Qajuqturvik to expand its services to meet increased demand from COVID-19 and to introduce new programming, Blais told Nunatsiaq News in July. For an example, Blais said in July’s interview that Qajuqturvik was seeing days where 200 people would come for a free community meal when in pre-pandemic days the number of people was closer to between 80 to 100 people.

Bychok said the responses to Piviniit’s month-long extension has been positive online and she is waiting to see the reaction in-person when the store opens again on Thursday.

“It’ll be interesting to see what people say this Thursday night when we are open next.”