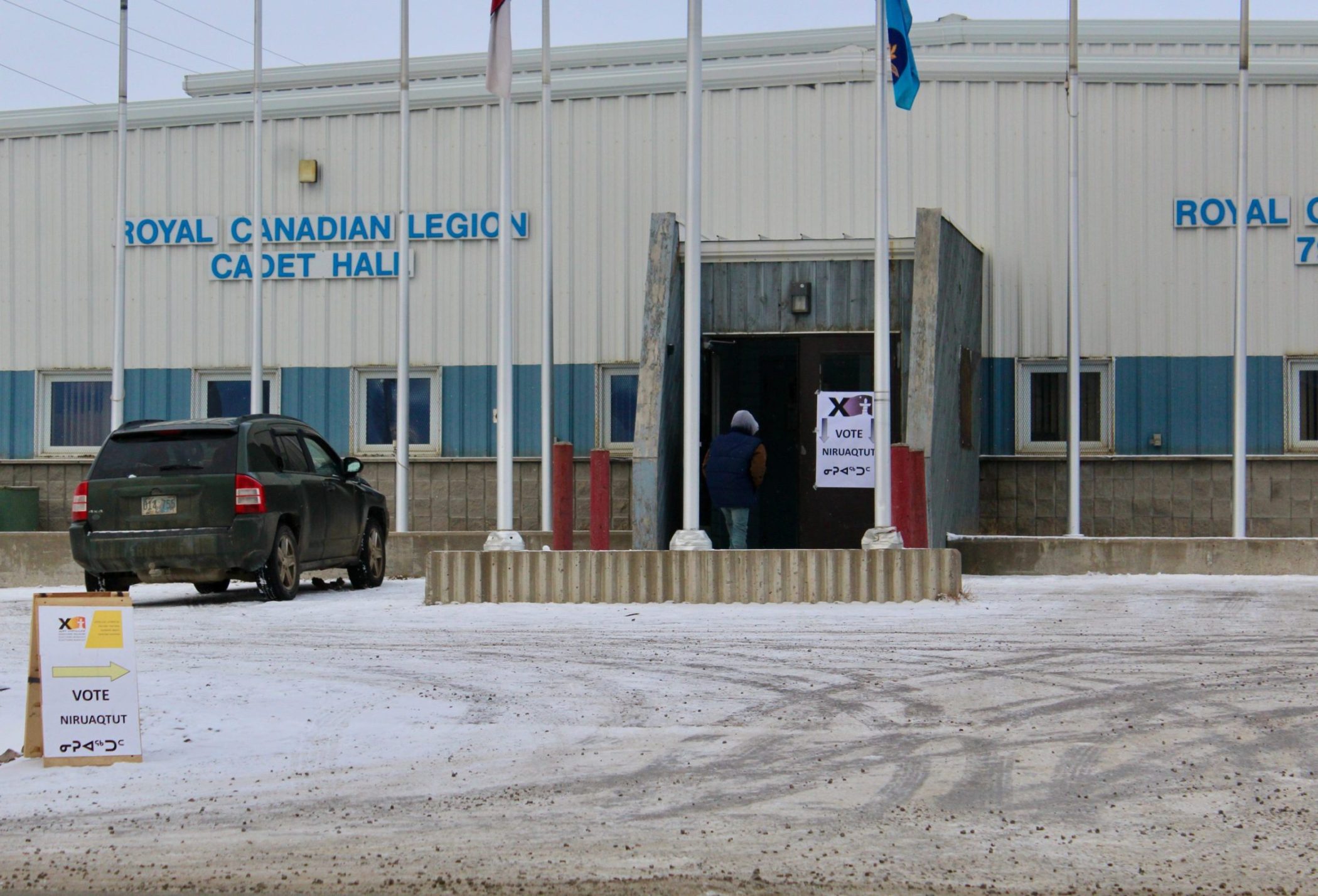 The Cadet Hall in Iqaluit opens its doors for a plebiscite on Monday to consider whether Iqaluit’s brewery should be allowed to sell beer for consumption off its premises. The maximum amount allowed per day would be 12 cans of beer. Currently, off-site alcohol sales from an establishment with a brewery pub license is not allowed under Nunavut law. For that to change, at least 60 per cent of voters would have to vote yes. Polls close at 7 p.m. (Photo by David Lochead)