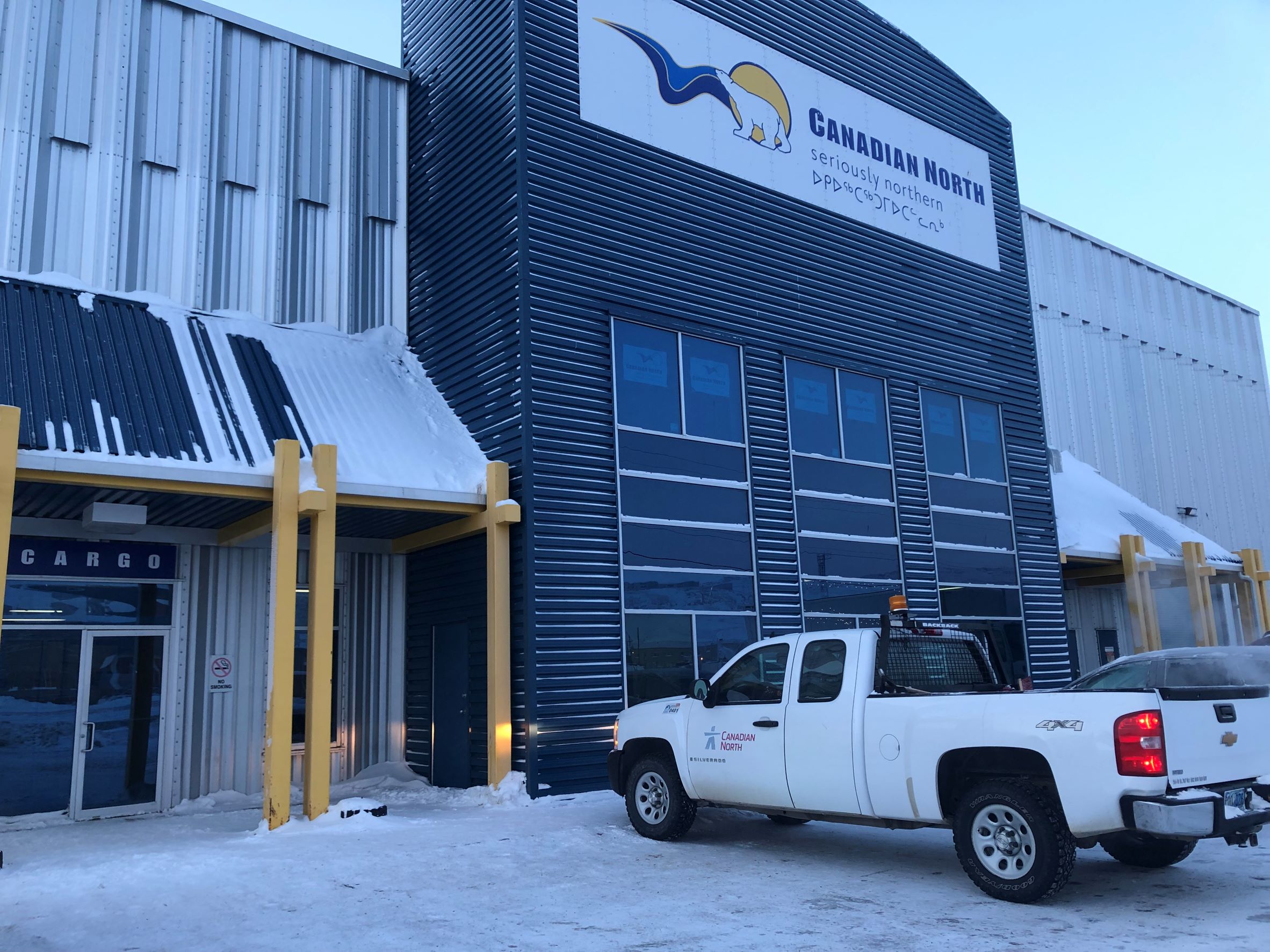 Iqaluit’s Amazon hub, located in the old Canadian North cargo facility, is shut until Thursday due to a small flood. (Photo by David Lochead)

The Amazon hub in Iqaluit is closed due to a small flood in the facility caused by a mechanical failure, says Canadian North.

Kevin Kablutsiak, a spokesperson for the airline which has a partnership with Amazon, said in an email that the flood occurred around 7 p.m. Monday. Amazon’s hub is located in Canadian North’s old cargo building, just north of Iqaluit’s airport terminal.

Ten packages were damaged by water. Their owners will be contacted by a Canadian North employee, Kablutsiak said.

The Amazon hub will re-open on Thursday, he said.

The city’s fire department responded to a fire alarm from the Amazon Hub Monday evening, but there was no fire in the facility, said assistant fire chief Steve Mcgan.

The Amazon hub was established in late 2020 to help speed up the delivery of packages from the online retailer. Amazon ships an estimated 200,000 parcels per year to Iqaluit.