“With competition, better services and prices will come for all,” says Iqaluit Mayor Kenny Bell 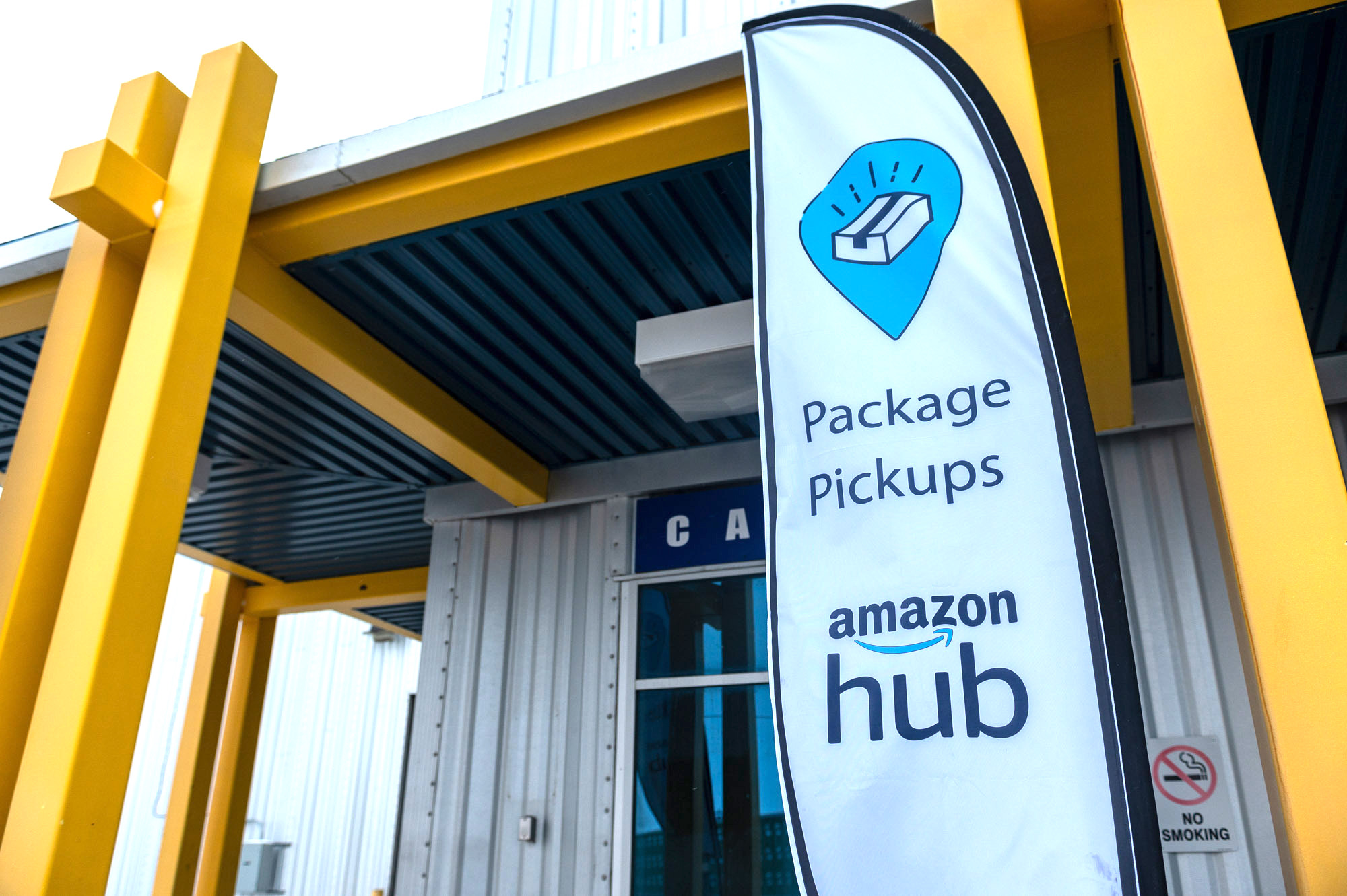 Amazon customers in Iqaluit can now pick up their orders at a special hub, located near the Iqaluit airport. Operated in collaboration with Canadian North, the hub is expected to shorten the delivery time on orders from up to 20 days to as few as three days. (Photo by Dustin Patar)

The company says the new service will allow for deliveries in days, rather than weeks, and will help customers can avoid long lineups outside of the post office.

Amazon has partnered with Canadian North to use cargo space on flights coming from Ottawa on Wednesdays and Sundays, according to Kevin Kablutsiak, the senior director of communications for the airline.

The hub, which officially opened Dec. 17, is located at the Canadian North warehouse near the Iqaluit airport.

“Of course, we should support local when possible, and I think most people already do,” he said.

“But with competition, better services and prices will come for all.”

Amazon ships an estimated 200,000 parcels per year to Iqaluit. Bell said he’s not concerned the hub will increase the amount of cardboard waste coming to the city.

“The cardboard and packing is already here,” he said. “This just makes it faster to get here and doesn’t really change capacity.”

The Iqaluit Chamber of Commerce said in a statement about the opening of the new hub that it “supports any growth in business as well as revenue diversity that will benefit Iqalummiut.”

“The chamber understands that there is a need to access goods that are prohibitively expensive or not available in our community,” said chamber president Robynn Pavia.

“However, we are strong advocates of local business and artists with our Shop Local initiative as well as the development of entrepreneurs with our Small Business week activities.”

In a news release, Adam Baker, Amazon’s vice-president for global transportation, said the company understands the need to provide deliveries to the community “quickly and at an affordable cost.”

“It’s been in operation for a little over a week, so we are seeing that parcels are actually being delivered within that three to five day time frame,” he stated.

The service is available to all Amazon Prime members at no extra cost.