Arrangements for pick-ups between midnight and 5 a.m. must be made in advance 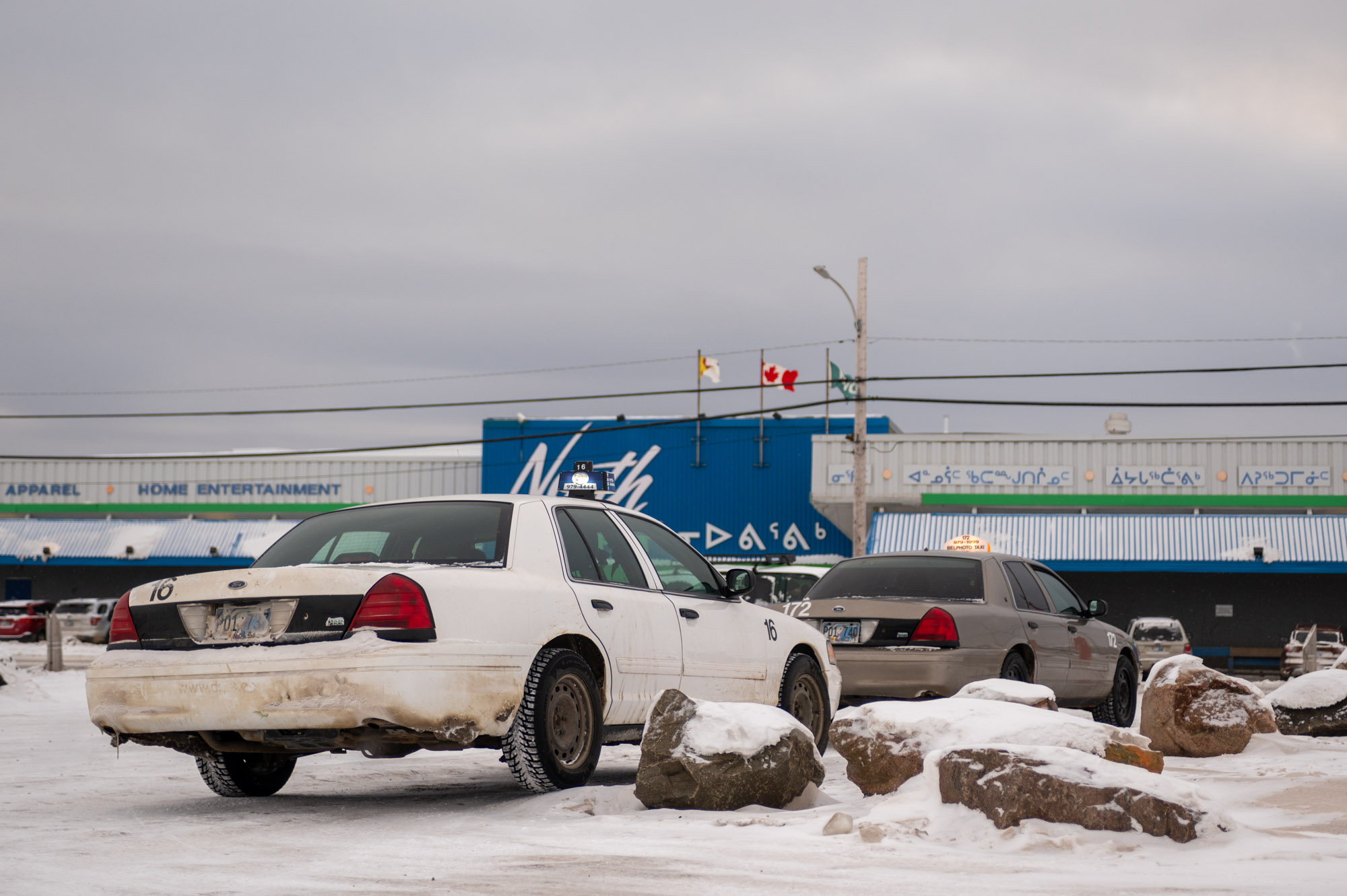 A cab in Iqaluit is seen outside of Northmart. (Photo by Dustin Patar)

Business has been “terrible” since March, said Danny Savard, one owner of Nunavut Caribou Tuktu Cabs.

The current lockdown, in effect since Nov. 18, means that bars are shut down and people aren’t supposed to be visiting. This has cut business to virtually nothing between the hours in question.

Shift workers can have their employer call the cab company’s office during the day and make arrangements to get a ride in the night, Savard said.

Full service will resume when public health restrictions are lifted, Savard said. At this point, the lockdown is supposed to end on Dec. 2.

Since the initial COVID-19-related shutdown in March, Savard said business is down by 30 to 35 per cent.

Since this current lockdown, he’s had to discount the dispatch fees he charges drivers. Otherwise, they wouldn’t be making enough money to pay them, Savard said.

Most drivers who work for the cab company own their own cars and just pay the dispatch fee. Some pay extra to rent a car from the company, Savard said.

“All the drivers are taking a hit, and the company too,” he said.

There are currently between 30 to 35 cabs operating in the daytime, and between 15 to 25 at night — about 60 drivers in total. Normally, at this time of year, there are between 90 and 100 drivers in total working.

Savard said he’s applied for the federal wage subsidy program since it began in March, and he has also applied for money from the Canadian Northern Economic Development Agency, commonly known as CanNor.

He plans to use that money to recuperate from discounting his drivers’ dispatch fees.

The company already received some money from the Government of Nunavut, which was spent on Plexiglas partitions to install in cabs. Twelve are on their way now, Savard said.

“Hopefully by January we’ll have partitions in all the taxis,” he said.

Still, Savard is asking Iqalummiut to wear a mask when they take a cab.

Anyone who needs to be picked up between midnight and 5 a.m. can call the office at 979-6528 in the daytime to arrange it.