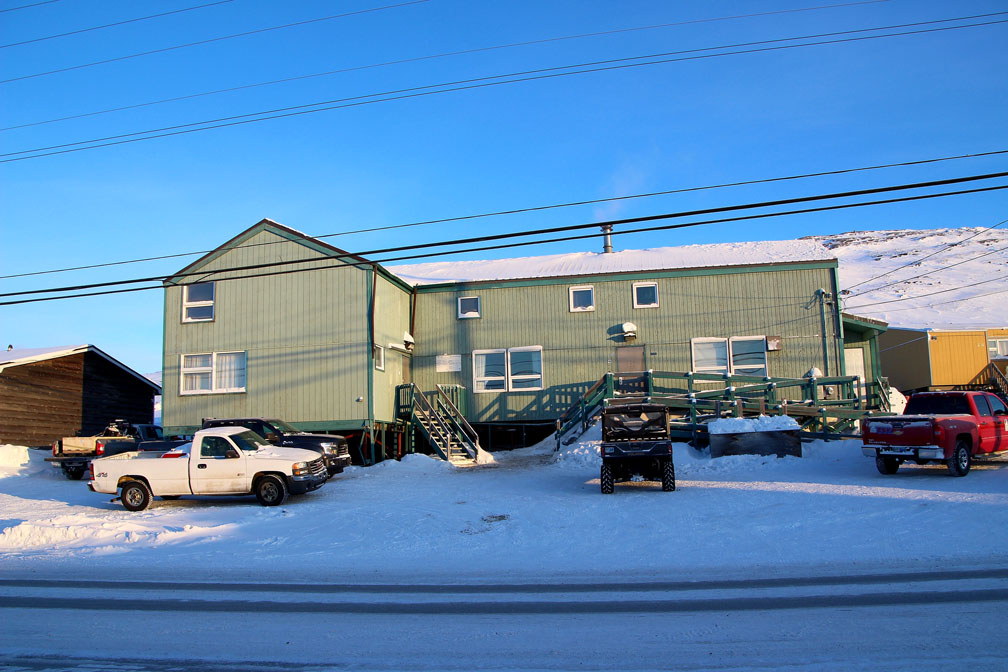 In mid-January, building 534 on the Apex Road in Iqaluit will once again open its doors as the community’s “damp” shelter. (File Photo)

Yesterday, the Uquutaq Society signed a contribution agreement with the Nunavut Department of Family Services to operate a low-barrier “damp” shelter in Iqaluit beginning in mid-January.

Unlike the men’s and women’s shelters in Iqaluit, the “damp” shelter allows entry to intoxicated people, but does not allow residents to drink on the premises.

Nearly a year ago the Qajuqturvik Food Centre started keeping its doors open at night to shelter people who had nowhere else to go, which came as a response to a new rule implemented by the Qikiqtani General Hospital that forbade homeless people from spending the night in the emergency room waiting area.

After a week of the food centre hosting overnight guests, the Department of Family Services, which worked closely with the Inukshuk Guardian Society, opened the doors of building 534 on the Apex Road in Iqaluit.

In June, after six months, the shelter closed.

Yesterday’s announcement is the direct result of the project piloted by Inukshuk Guardian Society and the Department of Family Services.

Like last year, the shelter, which can accommodate 17 individuals, will be housed in building 534 and will be open during the hours of 8 p.m. to 8 a.m.

This agreement ends with the Government of Nunavut’s fiscal year on March 31. However, the Department of Family Services is pursuing funding options to continue the operation on a permanent basis.