Child care facility will be the largest in Nunavut 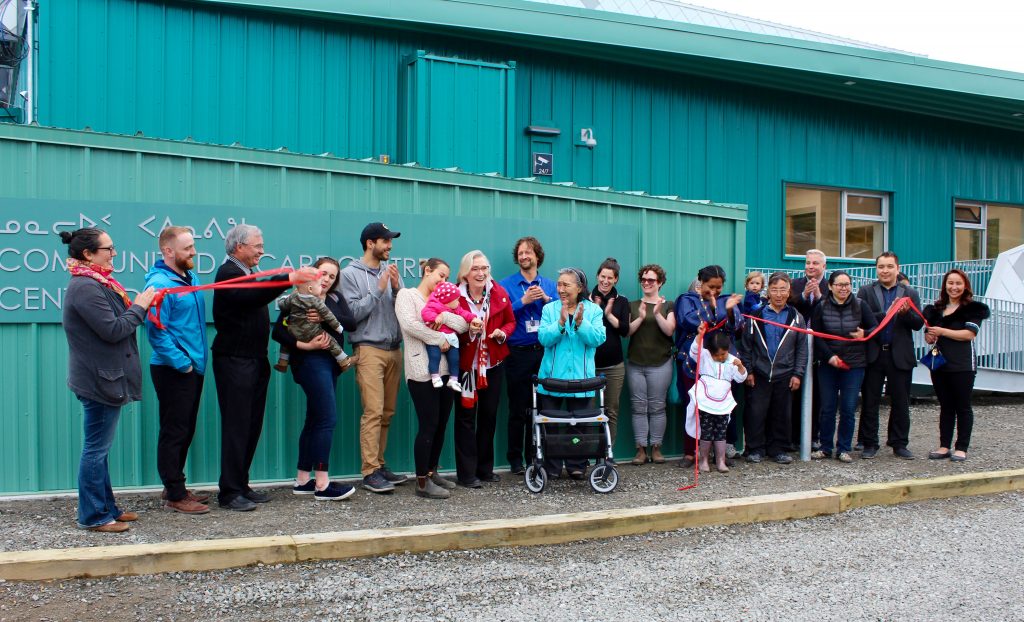 The territory’s largest daycare to date will officially open in Iqaluit in September 2019.

Carolyn Bennett, the minister of Crown-Indigenous Relations and Northern Affairs, helped mark the daycare’s completion at a ribbon-cutting ceremony in Iqaluit on Monday, July 8.

Several parents, with babies in tow, joined Bennett and local officials at the facility, which is located at the corner of Niaqunngusiariaq, or Apex Rd., and Paunna Rd., near the new Joamie Court subdivision

The design and construction of the daycare was funded by Crown-Indigenous Relations and Northern Affairs Canada.

The facility will be operated by the Tundra Buddies Day Care Society, an Iqaluit not-for-profit group.

“This is what a community does when they come together and see a need and make it happen,” Bennett said.

Bennett noted that the construction and development of the daycare has been a long process, but she is happy to see it finally open its doors.

“As you know, I used to deliver babies, so this is like three trimesters of work,” Bennett said, referring to her medical career in Toronto. 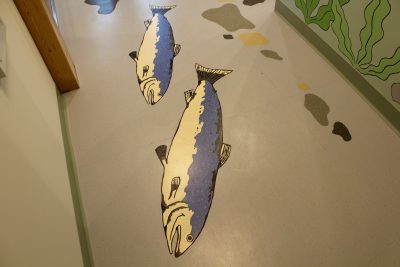 The interior of the new daycare centre features artwork by Nunavut artists. (Photo by Emma Tranter)

“This [daycare] contributes to a healthier, more sustainable community by providing more people in Iqaluit with options to pursue education, to work outside the home,” she added.

The Tundra Buddies co-president, Jackie Price, said the daycare became a reality because of the society’s board, which was formed in 2014.

“This journey started from a collaboration between passionate parents, parents that wanted to see more opportunities for their children and for all children of Iqaluit,” Price said.

“While the idea for a new daycare made a lot of sense for many parents, the biggest challenge was the lack of a suitable facility in town.”

The new daycare will accommodate approximately 60 children, from infants to five-year olds, and will employ 12 child care workers.

The facility’s interior is decorated with artwork commissioned from Nunavut artists and selected through an art integration program. Seals, polar bears, walrus, narwhal and more are painted in bright pastel colours on the floors and walls of rooms and hallways.

Kudlik Construction Ltd., an Iqaluit-based and Inuit-owned company, was awarded an $8-million contract in 2018 to build the daycare. The facility was designed by Montreal-based EVOQ Architecture Inc.