Is history repeating itself? A tale of two territories 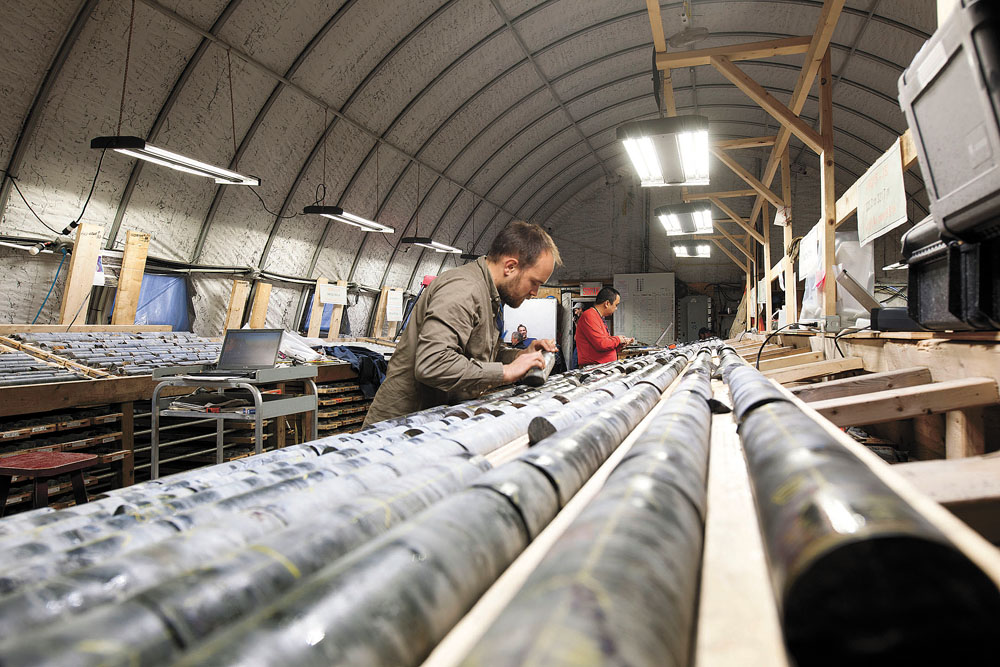 A worker at an Agnico Eagle Mines exploration camp looks at core samples produced by an exploratory drilling project. It usually takes many years of exploration work before a project can be turned into a producing mine. (FILE PHOTO)

By Terry Dobbin
N.W.T. and Nunavut Chamber of Mines

They say that history repeats itself, and that’s not a good thing if it’s negative. Some of us are afraid that’s where we are headed.

Mining in the Northwest Territories has been a tremendous success story, with four diamond mines over the past 20 years generating 58,000 person years of employment, $20 billion in spending, training of seven per cent of the total workforce, significantly reduced social assistance payments, significant IBA [impact and benefit agreement] payments, and billions paid in a pile of taxes and royalties to governments to help them look after their residents.

However, in 2007 the N.W.T. began to lose focus on keeping mineral exploration strong. Exploration is the very work that is needed to find new mines and their great benefits. Since 2007, the N.W.T. has missed out on at least $1.4 billion in lost investment.

Exploration has still not recovered and economists are now saying the N.W.T. is facing an economic crisis due to its aging mining industry. It isn’t looking good for N.W.T. residents, businesses, or public and Indigenous governments.

Thankfully, the Meadowbank mine came on stream in 2010 and started creating significant benefits for Nunavummiut. Remember, this was after 25 years of significant investment by a number of companies.

Meadowbank was followed by the Mary River iron mine with 50 years of investment, and most recently, the Hope Bay gold mine opened in 2017 after an exploration and evaluation period of 30 plus years.

Mines at Back River and Meliadine are now in the works, both with over 25 years of investment in exploration, engineering and environmental studies. Like the N.W.T. in its early diamond years, Nunavut is now celebrating mining success.

Everyone is optimistic about the tremendous mineral potential in Nunavut. There is a mine in each region and life is good and improving every day.

Nunavummiut are being trained, jobs are abundant, there are significant business opportunities, millions in royalty payments are flowing to Inuit organizations, and taxes are flowing to governments.

So what’s the problem?

Is N.W.T. history repeating itself in Nunavut? It appears so.

The problem began in one Nunavut region where explorers faced some surprises. Failure to renew an existing exploration permit forced one company to halt its plans.

One of Nunavut’s own Inuit prospectors even had to fight for renewal of his exploration permit.

They say that money is a coward and it goes where risk is low. Investors have been watching Nunavut, and they’re feeling that investment here is now riskier. They’re starting to take their money elsewhere.

It’s because exploration today is needed to find the mines that can open 20 years from now, when our existing mines are going to close.

Mines aren’t found easily, or fast. Only one in a thousand projects becomes a mine. Exploration alone takes time, then there’s environmental and engineering studies required to ensure safe and responsible development.

Only after lengthy regulatory processes and approvals can construction begin, and then finally production. It’s not for the faint-hearted.

We need healthy exploration today to find the mines that will carry on the jobs and benefits when our current mines eventually close. We can’t afford to go back to 2009 when we had no mining, no mining jobs, no mining business, and no mining taxes and royalties.

Let’s learn from the N.W.T. and quickly correct the dangerous course we are starting on. Let’s not let history repeat itself. There’s just too much at stake for the economic well-being of Nunavut and all Nunavummiut.

It’s time for our leadership to renew investor confidence in Nunavut, and keep our mining industry sustainable.

Terry Dobbin is the Nunavut general manager for the NW.T. and Nunavut Chamber of Mines.