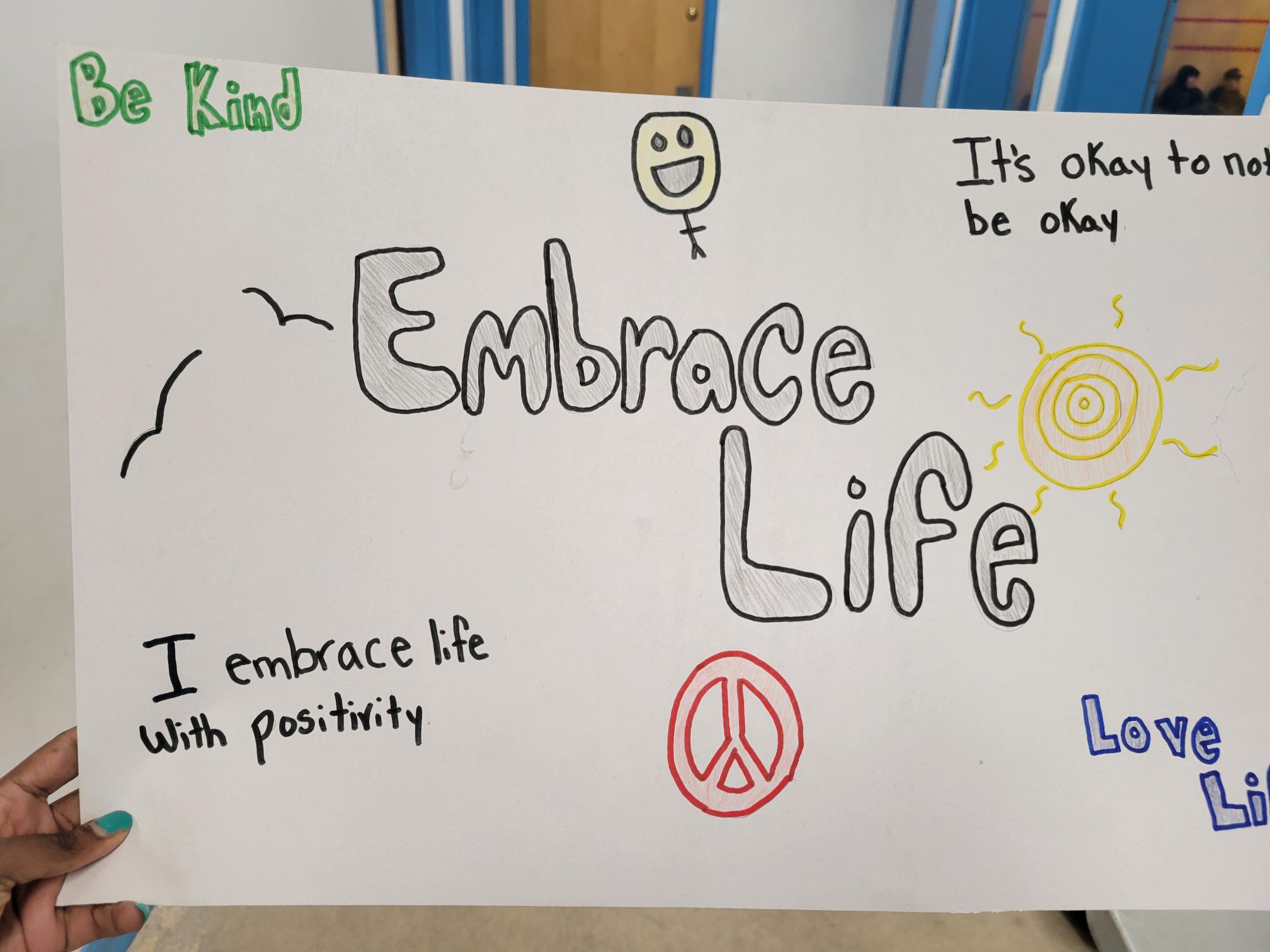 Students at Qaqqalik School in Kimmirut made posters for Embrace Life Day on Friday. (Photo courtesy of Tasha Sterling)

Students at Kimmirut’s Qaqqalik School began their day Friday by making posters and discussing suicide prevention with their teachers.

Next, they joined Nunavut social media influencer Annie Buscemi in learning about breathing exercises and Inuit Qaujimajatuqangit principles — or traditional knowledge — on how to take care of their own mental health.

Then in the afternoon, with posters in hand, close to 130 students walked from the power plant to the Northern store and back to the school for a community feast of caribou stew.

The activities were part of the school’s celebration of Embrace Life Day, a day for suicide awareness and prevention in Nunavut. The territory’s rate of death by suicide is among the highest in Canada.

“It’s important for us to continue to have a talk with our students about the importance of life and that they are valuable and they can contribute to their communities,” said vice-principal Tasha Sterling.

“We want our students to know that, and we are trying to find as many ways as possible to show them that.”

It’s a message Buscemi shared with the two groups of students she worked with — kindergarten to grade six and grades seven to 12.

Buscemi, who was born in Kimmirut and lived there until she was about five years old, is an apprentice electrician and social media personality with 27,600 followers on TikTok.

In 2021, she won the Young Inuk Woman of the Year Award from Pauktuutit Women of Canada for her videos that shared Inuit-specific reasons to stay alive.

On Friday, Buscemi taught the students small ways they can relax themselves when they start to feel overwhelmed, such as breathing exercises.

She passed around a poster and had students write or draw things that make them happy. They put down answers like friends and family, berry picking, dogs, hunting and going for walks.

“It could go up on the wall and it’ll be a nice reminder for the kids [that] they have all these reasons, beautiful reasons, to stay alive,” Buscemi said.

With the older students, she said she focused on the Inuit qaujimajatuqangit principle called “pijitsirniq,” which means understanding the value and contribution you bring to your community.

For Buscemi, it was special to stand in front of students, as she once was, and be a role model for managing mental health.

“But for them to see someone who’s kind of making it through … it can be hopeful.”

The day of activities was held a week into the new school year. 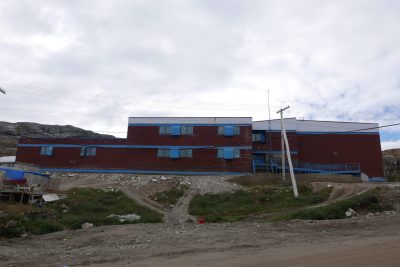 Students and teachers returned to Qaqqalik School on Sept. 1 for the start of a new year. (Photo by David Venn)

On Sept. 1, the school provided a back-to-school lunch of fruit and hotdogs and held an assembly for students to meet their new teachers.

The following day, the school hosted a community breakfast and handed out clothing as a meet-and-greet between families and teachers.

Sterling said those were just two examples of the excitement around the start of the year. Near the end of August, students welcomed teachers at the airport when they began arriving back in the community.

Both the teachers and students are looking forward to a new school year, with some students who previously dropped out returning again.

“It was a very promising first day,” Sterling said.