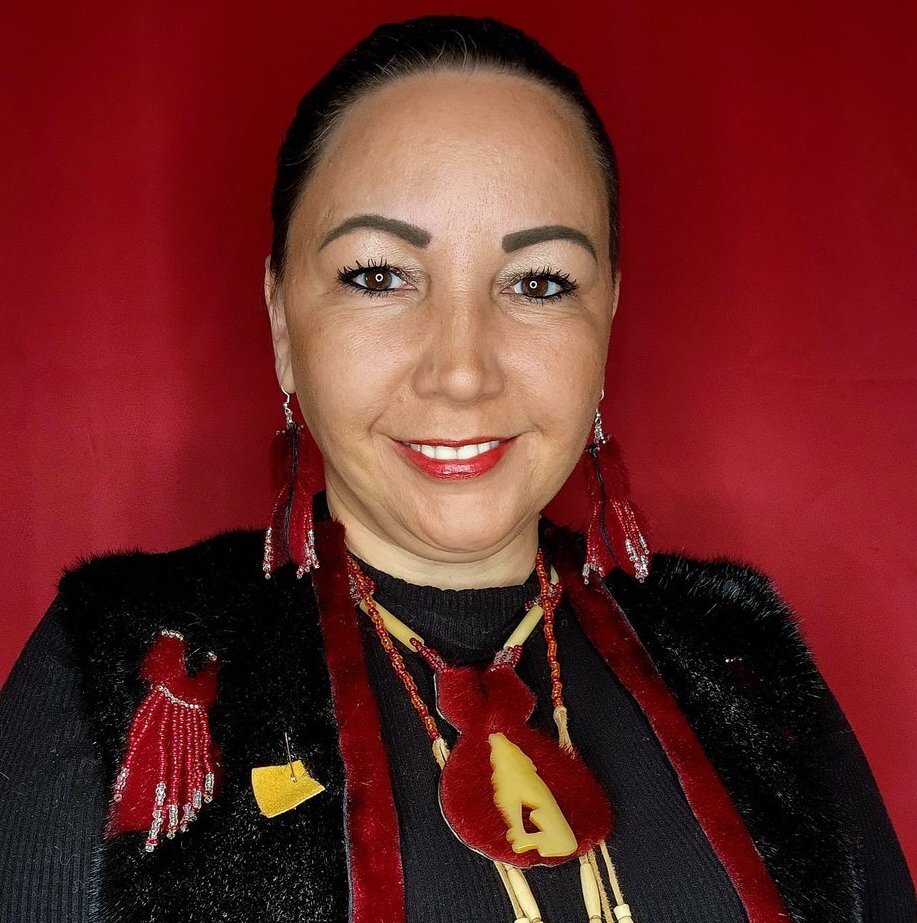 Vanessa Brousseau is using her TikTok platform to speak up about missing and murdered Indigenous women and girls, and connect with her Inuit culture. (Photo via Timminstoday.com/Local Journalism Initiative)

‘It’s not just about my sister anymore,’ says MMIWG activist

Vanessa Brousseau has decided that 2023 is her year.

Through her growing TikTok, she’s been working with multiple companies, connecting with her Inuit culture, sharing her journey as an abuse survivor and raising her voice in support of missing and murdered Indigenous women and girls. She’s labelled 2023 as “the year of me.”

The advocacy and activity in events like the red dress initiative are personal for Brousseau whose sister, Pamela Jayne Holopainen, went missing in Timmins, Ont., on Dec. 14, 2003.

Brousseau says she hasn’t been given new information about her sister’s case in a long time.

She sat down with Timmins Police and the Ontario Provincial Police when the 2017 National Inquiry into Missing and Murdered Indigenous Women and Girls happened to discuss the case. From her perspective, those conversations went nowhere.

“They won’t talk to me, they don’t want to do anything with me, they don’t update me about my sister,” she says. “I was really hoping for change and building relationships and it’s not there.”

With her son playing in the Ontario Hockey League, she has moved around in the last four years. Currently, she’s living in Welland, Ont., but is heading back to North Bay, Ont.

She says she still loves the people in Timmins and the community, but returning to the city doesn’t feel safe after everything she’d been through.

“I need to be closer to the North, and my heart’s always with Timmins,” she says. “But unfortunately I don’t feel safe living in Timmins with the police there.”

Holopainen’s case and Brousseau’s experience with it have inspired much of the work she’s doing now.

“The dream, and this is far off somewhere, would be a huge, 12-foot, sealskin dress,” says Brousseau. “Even if it’s just in my backyard, that’s what I want to see.”

Creating with sealskin has been a big part of her healing and connecting with her Inuit culture, much of which happened online during the pandemic.

“I grew up in the friendship centre in Timmins, but I didn’t have that Inuit connection,” she says. “When I moved to Ottawa, there’s a large community there, and I immediately found as many Inuit elders as I could.”

Her online shop at resilientinukcreations.ca is filled with sealskin pins, earrings and wall hangings, some with a red dress theme.

She’s also a board member for Tungasuvvingat Inuit Ottawa.

“I’m trying to get back to my people, I’m consistently trying to learn my language and learning different art forms,” she says. “I’m grasping that connection and I think that’s also helping me be stronger.”

Brousseau has been participating in events across Ontario and where she goes, she’s bringing a substantial TikTok following with her.

“I’ve been really blessed and this is just my second year of really trying,” she says.

After seeing others speaking about MMIWG she was drawn to speaking her truth.

Her experience online has opened doors and brought her to places she never expected, including making content for HGTV and the Food Network.

She’s also addressed the Senate regarding Bill C-11 — a government bill aimed at supporting artists who create online content — and its impact on Indigenous creators online in Canada, and attended the 2022 Assembly of First Nations gala.

Online, she says, there’s a real place for voices like hers online and the growing awareness of Indigenous issues and voices has been noticed.

She participated in TikTok’s accelerator program for Indigenous creators and was verified on the platform during that process.

The message though, all comes back to Indigenous women and their safety.

“It’s not just about my sister anymore,” says Bousseau. “It’s about the future. Indigenous women and Indigenous people seem to go missing lots in Timmins.”

Continuing to share her story and her sister’s story is an important part of her work and this year’s goals.

Brousseau says that seeing young people gravitate toward her TikTok and her message gives hope that real change can happen, as long as they find their voice and are supported.

“I want to be the person I needed as a little girl. I will be that for all the new little girls.”