Jonah is home for Christmas 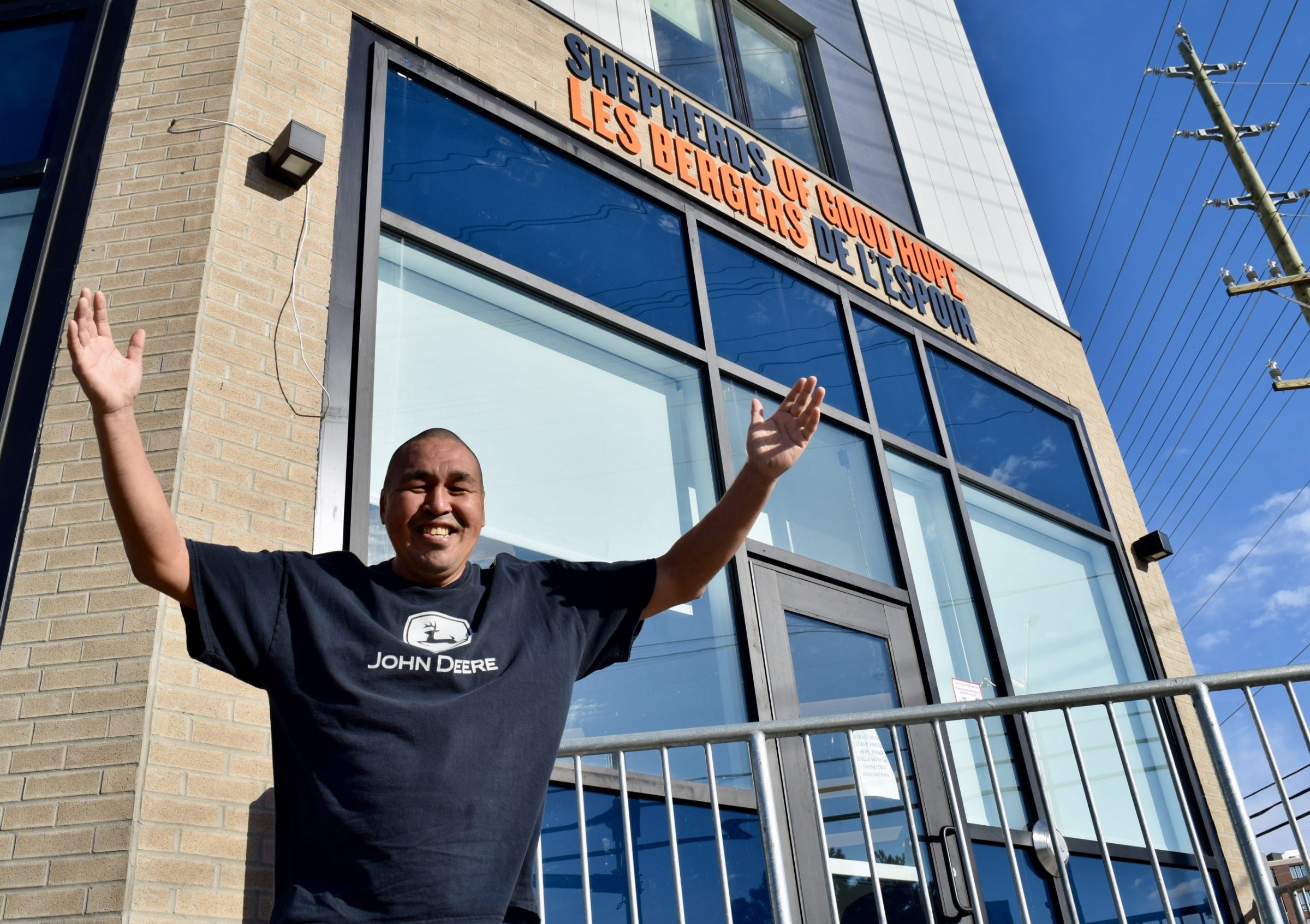 Jonah Aglak, 47, originally from Sanirajak, stands in front of the Richcraft Hope Residence in Ottawa, which provides apartments for people experiencing homelessness. (Photo by Madalyn Howitt)

When he’s not working with his hands, Jonah Aglak loves to read.

History and philosophy books are some of his favourites to flip through, he said. He loves learning new things, whether it’s the origin of words, or stories about Arctic explorers.

When he really enjoys a book, he’ll often read it again.

The avid reader is entering a new chapter in his own life. After experiencing difficulties getting permanent work, bouts of alcoholism and struggles finding affordable housing, Aglak, 47, has finally settled into a new apartment at the Richcraft Hope Residence in Ottawa.

The building is a 42-unit apartment-style residence run by the Shepherds of Good Hope, a non-profit organization that provides emergency shelter, support services and housing for vulnerable people.

Aglak has done so well at the residence that he’s the star of the Shepherds of Good Hope latest donation campaign, his story profiled on the shelter’s website and in its newsletter.

Aglak moved into the Richcraft Hope Residence in May. He said his rent is $497 per month, which includes three meals a day, cable TV on the ground floor and free WiFi.

It’s been a long journey to Richcraft for Aglak. He originally comes from Sanirajak, a community of about 1,000 people, and is the fifth of seven children.

His father was a labourer and at one point the deputy mayor of the community, while his mother was a seamstress. Both were hard workers, said Aglak, and they encouraged their son to do well in school.

At age 11, Aglak’s teacher sent him on an exchange trip to Nova Scotia, and at 15, he attended a Canada-wide science fair in Windsor, Ont.

When he finished school, Aglak followed his father’s footsteps into manual labour, performing odd jobs in Nunavut. He eventually settled down with his partner and had two daughters, Kat, 21, and Kim, 19.

When that relationship didn’t work out, however, and the cost of living in the North became too high, Aglak set off to Ottawa for the first time, in search of new opportunities.

It was when he arrived in the nation’s capital, however, that he realized he was unprepared for such a big move.

“The thing is, I didn’t know anything about Ottawa. When I got off the plane at the airport, I saw these vehicles heading one way, so I started walking in that general direction,” he said. “Four hours later I saw the apartment buildings. I was so happy.” 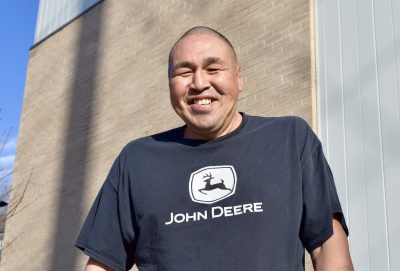 Jonah Aglak said anyone seeking housing in Ottawa should reach out to shelters. “They all have housing workers, people who help you apply for disability, help you get jobs or help with housing,” he said. (Photo by Madalyn Howitt)

After getting some help from his cousin, who also lived in Ottawa at the time, Aglak started volunteering at the Shepherds of Good Hope soup kitchen and eventually found work at the Good Day Workshop, which he calls “the best job ever,” he said.

Aglak refurbished furniture for the vulnerable sector and social housing groups. He also managed to secure some housing with help from the shelter.

Little things though, like heated floors in the apartment, were actually uncomfortable for Aglak, who found it difficult to sleep when it was too warm.

After a few years, he began to feel homesick for Nunavut, so he returned and began working as a janitor.

When the COVID-19 pandemic hit, the work dried up, and Aglak found himself back in Ottawa once again, he said.

This time, he said, he knew where to go for help, reaching out once again to his friends at the Shepherds of Good Hope.

Dean Dewar is the assistant manager at Richcraft. He first met Aglak when he moved into his apartment and noticed his friendly demeanour right away, he said.

“Jonah is well-known for being very kind. He’s like a kind giant,” Dewar said, describing Aglak as caring and soft-spoken.

Dewar said he’ll often spend part of his morning chatting with Dewar by the coffee station in the main residence kitchen and recalls a time when Aglak, concerned about the mental-health of a friend in Ottawa, asked the Richcraft staff for help getting transportation so he could check in on his friend.

“He’s always good with checking-in, asking how you are,” Dewar said. “He’s a great part of the community.”

Dewar said Aglak is also good at outlining and achieving his goals, one of which is to work again. Now that he’s comfortable at Richcraft, Aglak said he’s looking forward to a potential new job opportunity that would let him travel to a northern mine site and allow him to see his family in Nunavut more often.

For anyone who also wants to turn the page and start a new chapter in life, Aglak encourages them to ask for help.

“I’ve been to three shelters, the Salvation Army, Capital City Mission for Men and Shepherds of Good Hope. They all have housing workers, people who help you apply for disability, help you get jobs or help with housing,” he said. “Stay at the shelters.”