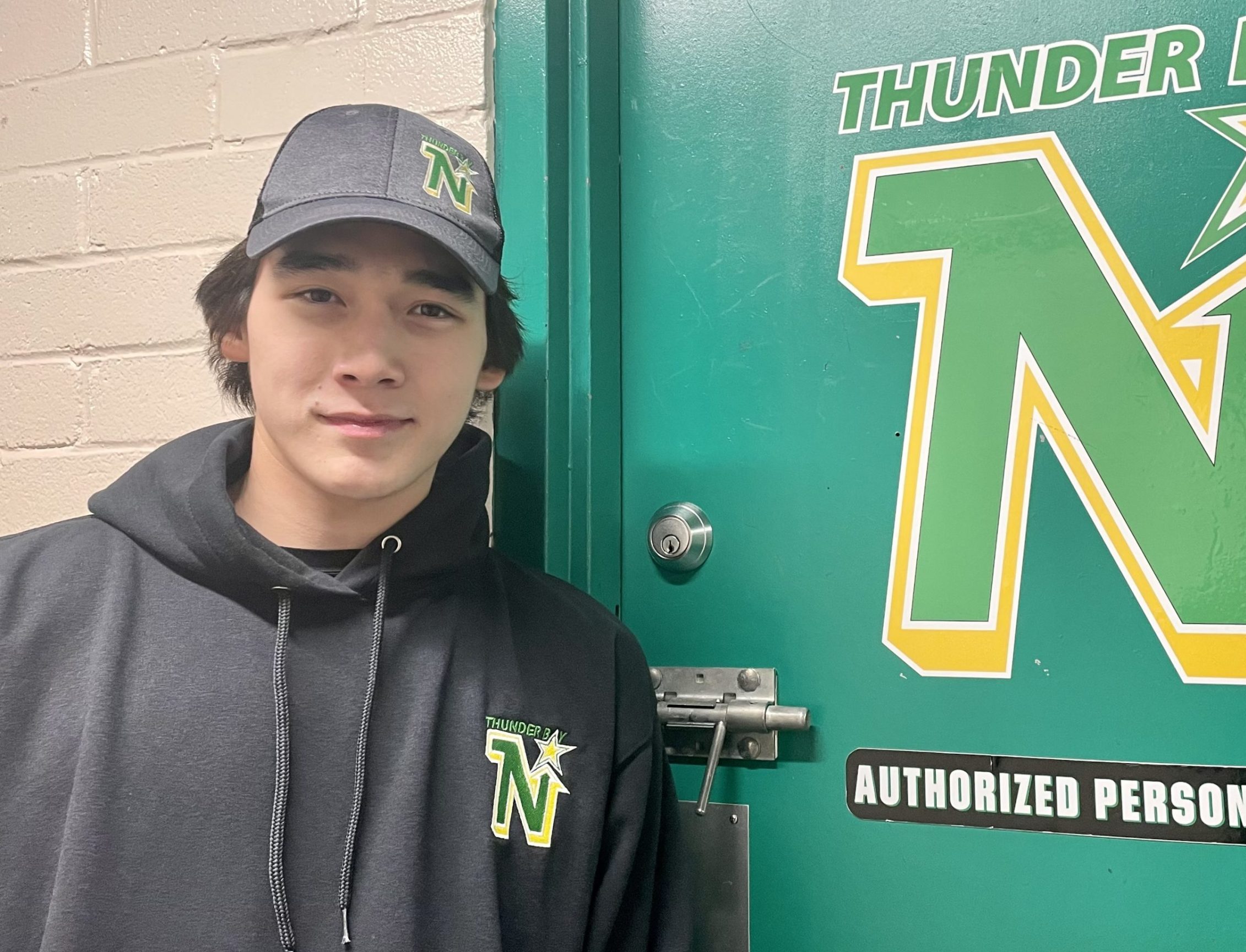 Garren Voisey says he started playing hockey as something to do with his friends after school.

The 18-year-old from Whale Cove would head out to the community’s arena with a few hockey sticks and a handful of friends.

“I’d just go to the rink after school with my buddies. Shoot around, shoot pucks, skate around, you know,” Voisey said.

“I was all about hockey growing up.”

There was no hockey league in the community of about 500 people, Voisey said.

“There’s no hockey practice. No hockey games. I would just go out after school with my friends,” he said.

Listed on the team website as being six feet tall and 179 pounds, Voisey had one goal and 10 assists in 27 games as of Jan. 25, and a mere two minutes in penalties.

Fresh into his rookie year, Voisey moved to Thunder Bay in September to join the team.

“I love it here, I’m very thankful to be part of this team. It’s awesome. It’s made me a better person,” he said.

Voisey played for Team Arviat before moving to Winnipeg when he was 13 to continue his hockey career, where he was hosted by a billet family.

From there, he continued to practise and improve his game before he joined the North Stars. Voisey scored the team’s winning goal in a game earlier this month, according to local news reports.

“The goal is always to get better. There’s a bunch of opportunities ahead of me,” he said.

Voisey expects to be with the North Stars for at least another year, and said he isn’t sure yet what comes after that.

“I’m just focusing on the moment and looking to get better each and every single day, and we’ll see what happens from here on out,” he said.

Voisey is also heading to the Arctic Winter Games next week as part of the men’s hockey team representing Nunavut.

Wood Buffalo, Alta., is the host community, but hockey will be played in Fort McMurray, about two hours south of there. It will be Voisey’s second time playing at the Games.

“It was an unbelievable experience and I think that kids in Nunavut should really try to be a part of it,” he said.

“Our team is really determined this year.”

For young Nunavummiut interested in playing sports, Voisey said his advice is to work hard.

“I think you should do what you love. There’s no replacement for working hard and trying to improve yourself and your craft,” he said.

“Just try to be better every single day, whether it’s at or work or school.”