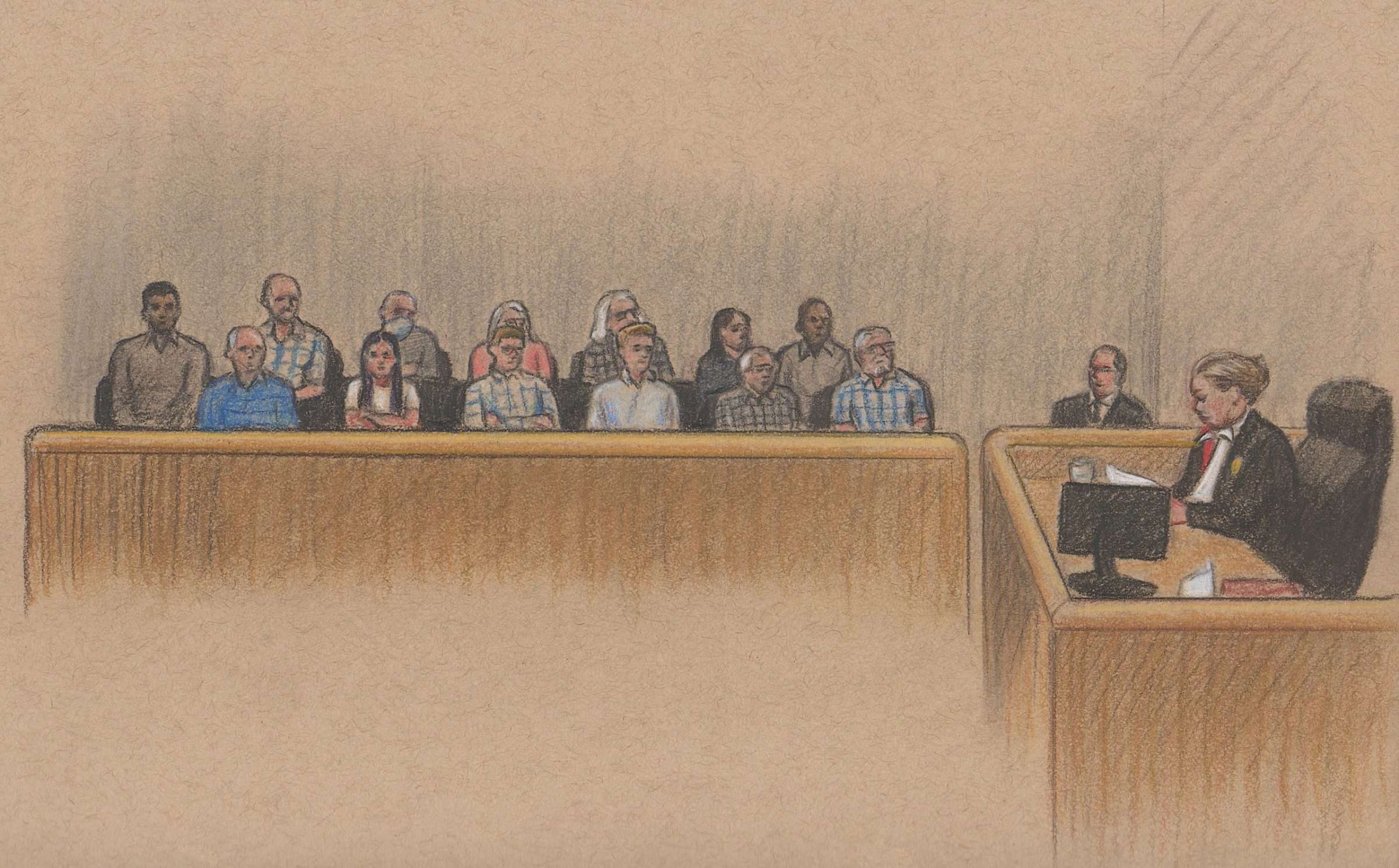 The jury in the trial of Tyler Hikoalok listens to Judge Anne London-Weinstein’s instructions Friday at the Ottawa courthouse before they begin deliberations. The jury is tasked with deciding if Hikoalok, 22, is guilty of first-degree murder in the 2018 death of Elisabeth Salm, 59, in Ottawa. (Courtroom sketch by Lauren Foster-MacLeod).

Hikoalok, 22, has pleaded not guilty to the 2018 murder of Elisabeth Salm, 59, in Ottawa. The Cambridge Bay man is accused of attacking Salm as she worked at the Christian Science Reading Room downtown on May 24 of that year. She died the following day, and Hikoalok was arrested two days after that.

On Friday, Judge Anne London-Weinstein took her time reading the detailed charge to the jury, beginning just after 10 a.m. and wrapping up at 3:10 p.m.

She said her charge and instructions to the jury were unusually long to account for the lengthy adjournment that happened partway through the trial.

The trial began Sept. 12, and the Crown closed its case Sept. 29 after calling nearly two dozen witnesses to the stand.

An adjournment was called on Oct. 11 after the defence filed a motion to delay proceedings. The trial resumed Nov. 28 and Hikoalok testified the following day.

The 12-member jury is tasked with deciding if the Crown has proven beyond a reasonable doubt that Hikoalok meant to kill Salm, or that he meant to cause her bodily harm that could kill her.

If Hikoalok is found not guilty of first-degree murder, it is still possible for the jury to find him guilty of a lesser charge of second-degree murder or manslaughter.

Before the judge discharged the jury a 13th alternate juror was dismissed, which is a part of standard trial proceedings.