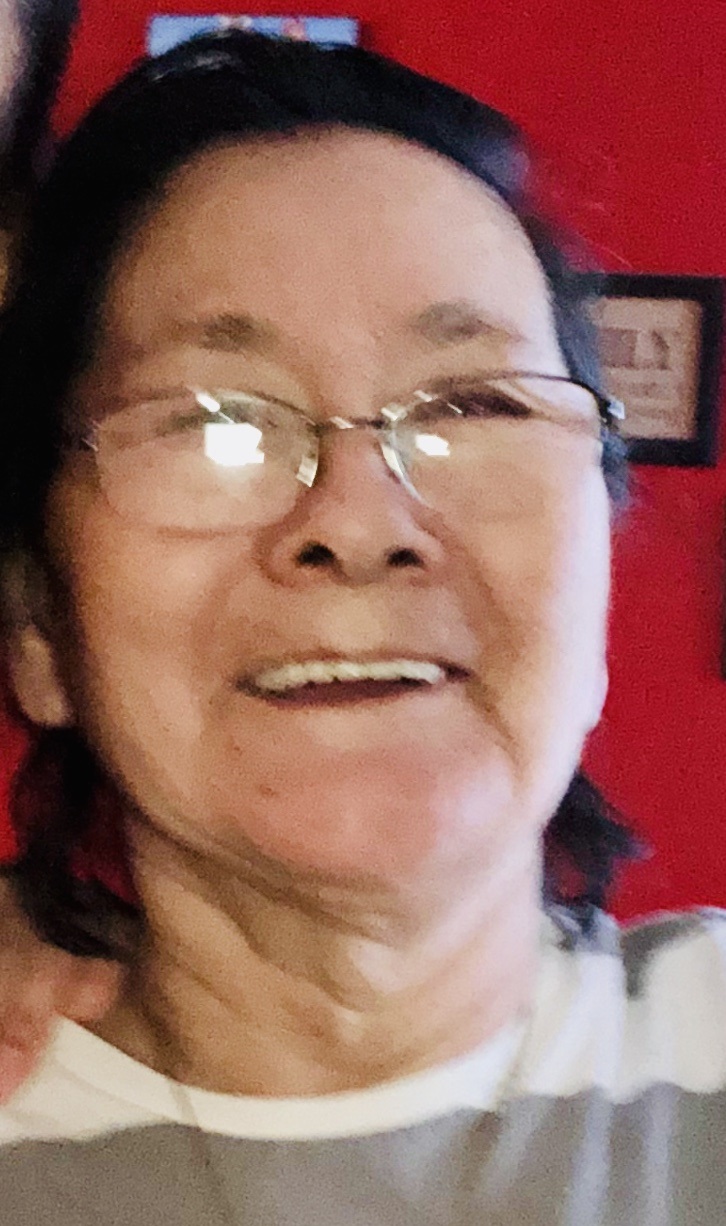 “Women do a lot for families—they keep us strong”

For Jeannie Padluq, there’s nothing better than gathering with a group of women: sewing, chatting and telling jokes.

The Kimmirut elder is well known for leading those kinds of gatherings, as a mother, grandmother and long-time teacher and seamstress.

That helped earn Padluq this year’s Wise Woman Award, an honour handed out each year by the Qulliit Nunavut Status of Women Council.

“She is a model of resilience, enthusiasm, positive energy, a great sense of humour, and tireless commitment to her family and community,” Qulliit said on June 16, when it announced Padluq’s award.

“She is welcoming, supportive, respectful, always willing to lend a hand, and a great role model for the young mothers that she works with.”

Fittingly, when reached at home by phone, Padluq is busy sewing. Her daughter-in-law helped organize the nomination that led to the award, she explained.

“I didn’t expect to win,” Padluq said in Inuktitut, translated into English by her daughter Kathy Martha Padluq.

Padluq was born and raised in Kimmirut, when the South Baffin community was still called Lake Harbour.

Padluq described a childhood spent watching and learning from her parents. “I would watch my mom dealing with seal skins,” she said. “Over the years, I’ve learned to make sealskin pants—beautiful pants—mitts, sometimes parkas and also kamiks.”

“Now that I’ve learned from watching my parents, I submit proposals [for funding to host workshops] where I teach widows and young women that may not have relatives to teach them those skills.”

Padluq also occasionally teaches sewing at the local Qaqqalik School. She serves as a local ambassador of sorts, doing demonstrations for visitors and tourists passing through Kimmirut.

“It’s important to me to share this with a younger generation because once they’ve been taught, it really lifts them,” she explained. “There’s a lot of interest for them to be able to pass on that knowledge to their own children or grandchildren one day.

“Getting together as women, it’s uplifting,” she added. “It’s a positive environment for us, especially in communities where there may not be many other resources.

“There aren’t many healing facilities in Nunavut, so this is a positive way to gather.”

The benefits are multiple, Padluq noted: sewing with animal skins makes the best-quality clothing you can wear, particularly for going out on the land in the winter months.

“It’s the best insulation you can get in the Arctic,” she said.

When she’s not at home, Padluq is out hiking, fishing or picking berries. She has a sharp sense of humour and laughs easily.

Padluq and her husband, Elijah, have six children, 10 grandchildren and three great-grandchildren.

She relates a funny example of this: as Elijah has lost more and more of his eyesight in recent years, he still drives the boat while Jeannie directs him.

“She’s always on the move,” Kathy Martha said of her mom. “She’s an outgoing person—she never stops. She opens her home to everyone.

“She loves to laugh and tell jokes. She’s a beautiful woman.”

Padluq laughs in response, but then pauses, thoughtfully.

“The role of a woman is important—in the home and in the community. Women do a lot for families—they keep us strong.”

“She is an example of a woman who has autonomy in her life and independence in her finances,” Qulliit said. “She demonstrates ambition by furthering her education and meeting her career goals. She is strong and outspoken, showing that it is OK for women to speak up and advocate for themselves.”