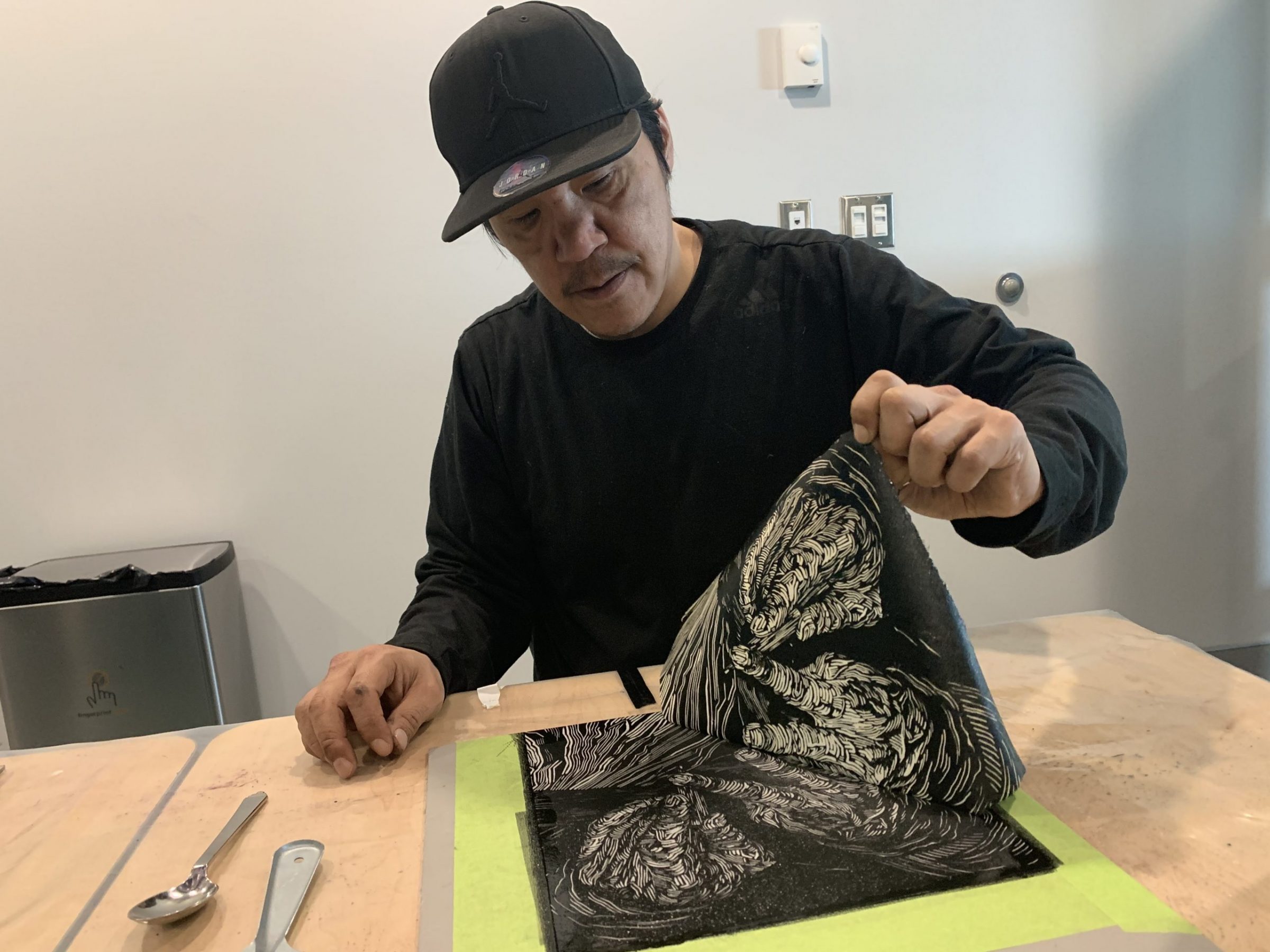 A new art exhibit in Toronto features a collaborative work by Ashoona Ashoona of Kinngait, the grandson of world-renowned artist Pitseolak Ashoona. 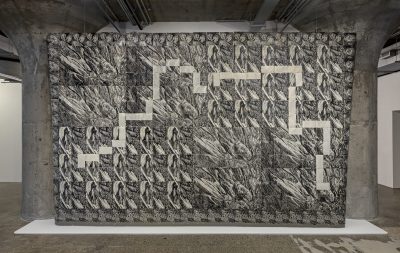 Ashoona told Nunatsiaq News that he grew up watching his grandmother draw, and was inspired to become a printmaker himself in 2012.

“Most of the time when she was drawing, she drew while sitting on her bed, that’s how I remember her,” he said from Kinngait.

Pitseolak Ashoona, who died in 1983, had 17 children. Among her grandchildren is the late artist Annie Pootoogook.

The exhibit, called Greater Toronto Art 2021, opened at the Museum of Contemporary Art Sept. 29. It features a series of prints by Ashoona and collaborator Alexa Hatanaka. The two are named among 21 “energizing” artists or art collectives with connections to Toronto.

To inspire their work, the artists were asked to consider, “What feels most urgent for you today?”

Ashoona and Hatanaka used prints of their grandmothers to create a collage that looks like snowdrifts.

Ashoona said it was important to honour his grandmother for a number of reasons. She was a great artist herself, she inspired others to become artists, and she gained significant national renown during her lifetime.

“I wanted to do a work of my grandmother because she was shortlisted for her face to be put on the $5 bill,” Ashoona said.

He said he hopes that people who see the exhibit in Toronto learn and appreciate the long history of printmaking in Kinngait and the many famous artists who have come from the south Baffin community.

That history began with the introduction of Japanese paper and printmaking techniques about 60 years ago.

Alexa Hatanaka is of Japanese descent and in 2019 was doing a residency at the Kenojuak Cultural Centre print shop, sharing space with Ashoona at the time. 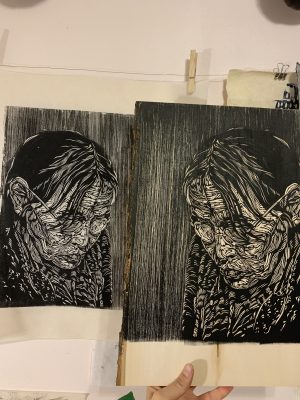 For her residency, Hatanaka said she was making prints of her grandmother’s face.

“Ashoona said his grandmother was really important to him too and he was feeling really inspired to honour her,” she said, so he approached her about doing a collaboration.

“That was really touching and such an honour to be invited into such a personal and significant creation.”

Hatanaka has been organizing youth-focused art projects in Kinngait through an organization called Embassy of Imagination since 2014.

She met Ashoona through his son, Moe Kelly, who has been involved in numerous Embassy of Imagination art projects.

In 2019, Hatanaka, Ashoona and others in Kinngait started a new collective, Kinngarni Katujjiqatigiit.

The new collective focuses on art and land programming for youth.

But this new exhibit was a chance for Hatanaka to bring her personal life into her work in Kinngait for a change.

“While I was printing portraits of my grandmother she ended up passing away, so it was a very emotional and significant time for me,” she said.

“It was really personal for both of us, just acknowledging how meaningful our ancestry is to who we are and our understanding of who we want to be.”

The work also reinforced the importance of the Japanese style of paper that Kinngait prints are known for.

Hatanaka said a Japanese business owner of a paper shop visited the community from Japan a few years ago, worried that she would have to shut down the business back in Japan.

But after meeting with local artists, the Japanese businesswoman left inspired and motivated to hand the business down to her own children, Hatanaka said.

“There’s a very reciprocal connection to Japanese culture in the art process in Kinngait, with the paper as well as the printmaking,” she said.

The exhibit runs until Jan. 9.