Kinngait man taken into custody after standoff with police 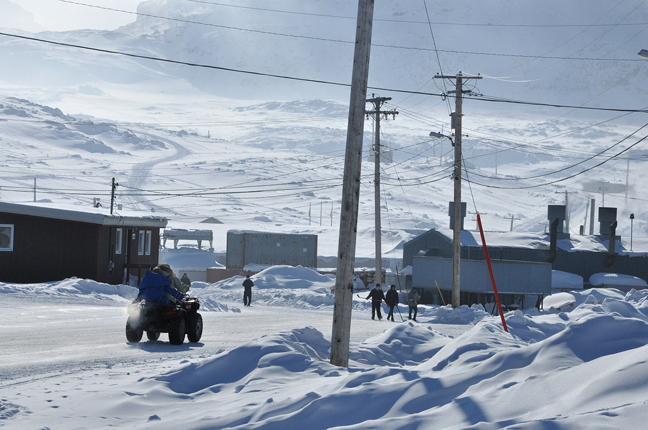 The RCMP say a Kinngait man has been taken into custody after an extended standoff with police. The RCMP said earlier today they were dealing with a possible active shooter situation in the community. (File photo)

A Kinngait man has been taken into custody after an “extended standoff” with police near the South Baffin community’s mountain and dump area.

The police arrested the man shortly after 4 p.m., the RCMP said in a news release issued at around 4:45 p.m.

“Fortunately, there are no injuries reported as a result of the situation. RCMP would like to thank the community for their cooperation, patience and understanding during this incident,” the release said.

The RCMP V Division’s containment team and crisis negotiators were flown into the community, which recently changed its name from Cape Dorset to Kinngait, to assist the local RCMP in “the dynamic incident that quickly unfolded,” the release said.

The Kinngait RCMP detachment received reports of a possible gunshot believed to be from a lone adult man, said a news release issued this morning by the RCMP shortly after 11 a.m.

The RCMP had warned residents of a possible active shooter in what they called an “unfolding dynamic situation” in the community of about 1,600.

The RCMP say the matter is still under investigation and criminal charges are expected. Anyone with information is asked to contact Cape Dorset RCMP at 867-897-0123 or Crime Stoppers at 1-800-222-8477.