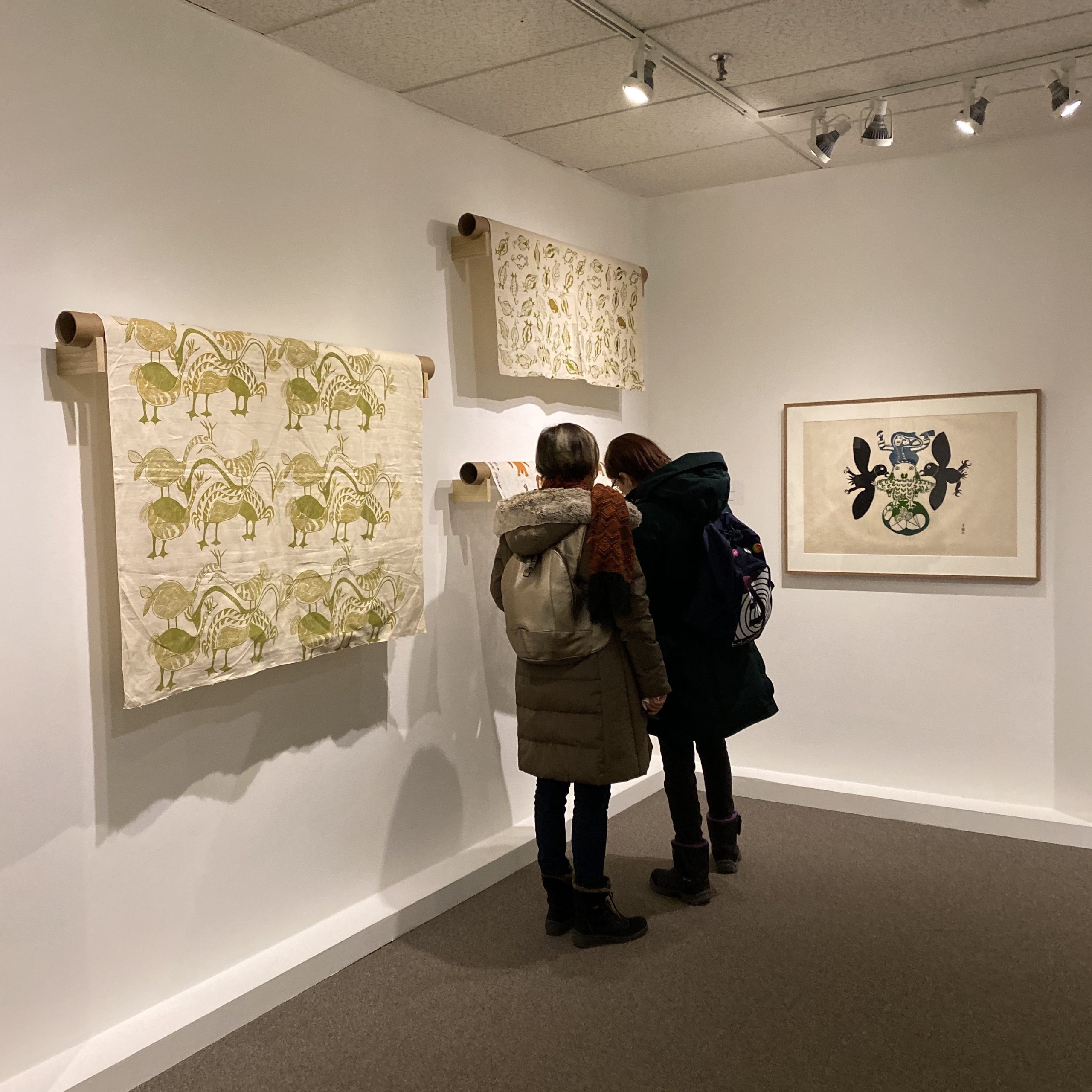 Kinngait’s forgotten textiles: Out of storage, into the spotlight

If not for a happy accident in 2016, an important piece of the cultural legacy of art and art production in Kinngait might have stayed hidden forever.

“Quite literally, a box fell on me in our storage area in the office in Toronto,” said William Huffman, marketing manager for the West Baffin Eskimo Cooperative, which includes Dorset Fine Arts in Toronto and Kinngait Studios in Nunavut.

The long-forgotten printed textiles have been incorporated into an exhibition that was launched in December 2019. They reveal the work of a group of Inuit artists and printmakers who produced the bold graphic textiles in Kinngait in the 1950s and 1960s. 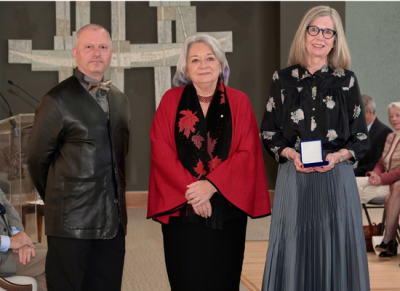 During the 1950s, the federal government invested in the production and sale of Inuit art as a way to generate economic opportunities for communities of Inuit who had been relocated.

Artists in the Kinngait studio were encouraged to experiment with new materials and printmaking techniques, which inspired many of them to develop textile designs.

By the mid-1960s, the designs were being marketed in the south by Canadian Arctic Producers. Despite garnering critical acclaim for the designs, the studio was unable to convert interest into actual sales.

Then, as now, production costs in the Arctic were high. Without stable revenue to sustain the project, the fabric printing press was shut down in 1968, Roxane Shaughnessy, senior curator, manager of collection for the Textile Museum of Canada exhibit, said in an interview.

At the time of the 2016 discovery, Huffman had no idea what he had stumbled upon. But in short order, the Kinngait Studios team pulled together more pieces of the puzzle and a picture began to form.

Along with additional boxes of fabrics containing more than 200 samples, they uncovered stenciling brushes, screens and other artifacts that had been archived years ago without any context as to the bigger story.

Recognizing the cultural importance of the Inuit artifacts, Huffman reached out to the Textile Museum of Canada to both preserve the textiles and tell the story behind the collection.

“The heavy lifting was really at the museum,” said Huffman, “because they did a depth of research and were able to pull together a whole history of why, and how [the fabrics] were produced, and where they went.”

The Textile Museum of Canada, based in Toronto, reached an agreement with the West Baffin Eskimo Cooperative transferring the entire collection of artifacts to the museum as part of a long-term loan arrangement.

“As stewards of the fabric, we are embracing this responsibility of creating broad access to the collection in the north and the south,” said Shaughnessy. 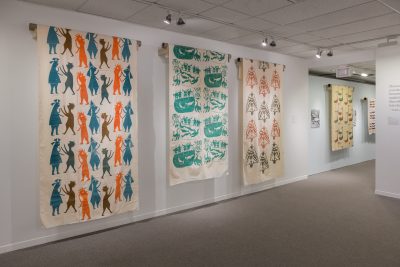 The exhibit was launched just prior to the pandemic. Ensuring access during that time required the creation of an online virtual exhibit and app, a touring exhibition, a catalogue and online educational tools including video and interviews with contemporary Inuit artists.

The award is unique in that it is selected by the Canada’s National History Society in partnership with the Canadian Museums Association, said Mark Reid, director of content and communications for the national history society. The two organizations collectively administer this Governor General’s museum award.

He said it’s particularly special because the winner is chosen by a jury of their museum peers. It was the museum’s innovation in exhibit design and delivery in the face of pandemic challenges that impressed the judging panel, said Reid.

“History will only survive for as long as there are people that are willing to care for it, and to share it,” he said.