Three vice-presidents and a board member are up for election 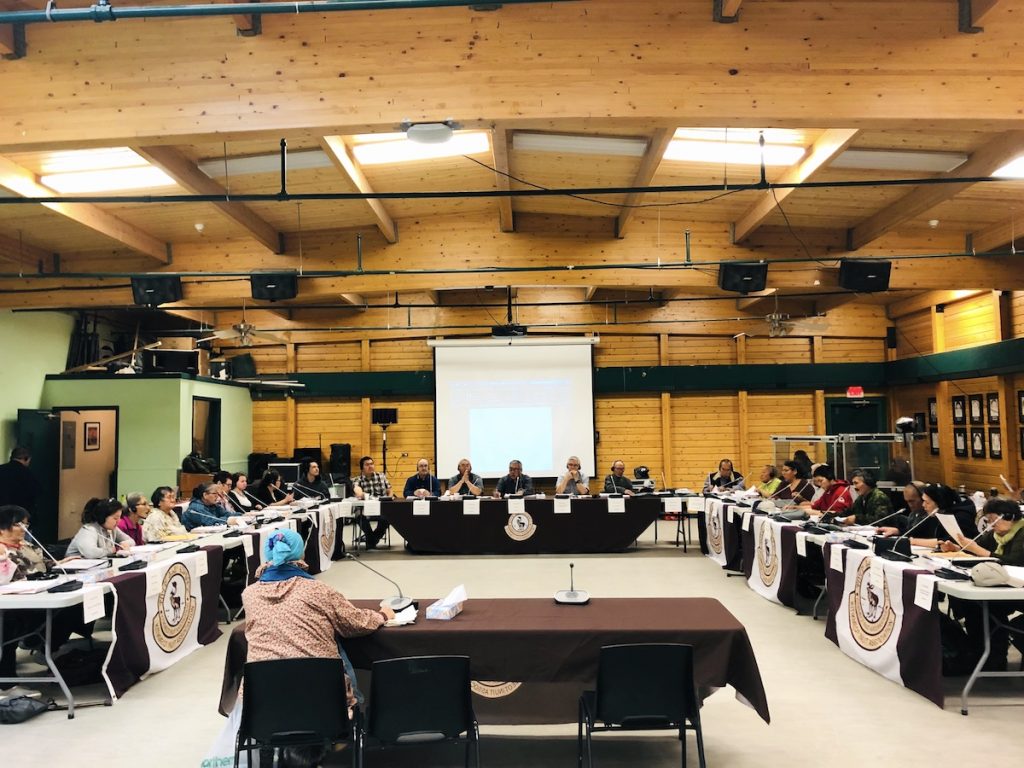 The Kitikmeot Inuit Association, whose recent annual general meeting is seen here, is holding a vote next month to fill four positions on its executive. (Photo by Jane George)

Kitikmeot Inuit will vote next month to fill four executive positions in their birthright organization.

Eligible Kitikmeot Inuit beneficiaries can vote on Dec. 9 or on Dec. 2, in an advance poll, to choose new vice-presidents for social and cultural development, economic development, and wildlife and environment, as well as a new board member for Cambridge Bay.

The KIA’s chief returning officer, Martina Maniyogina, listed the candidates for the four-year term positions in a news release:

Notices of the polling station locations will be posted in each of the region’s five communities, the KIA said.

Proxy forms for voters are also available from the offices of community liaison officers or at the KIA head office in Cambridge Bay.

About 3,500 Kitikmeot Inuit, who are Canadian citizens aged 16 years or older, and enrolled in the Nunavut Agreement, are eligible to vote in the upcoming election.

But in some past KIA elections the turnout has fallen below 30 per cent.