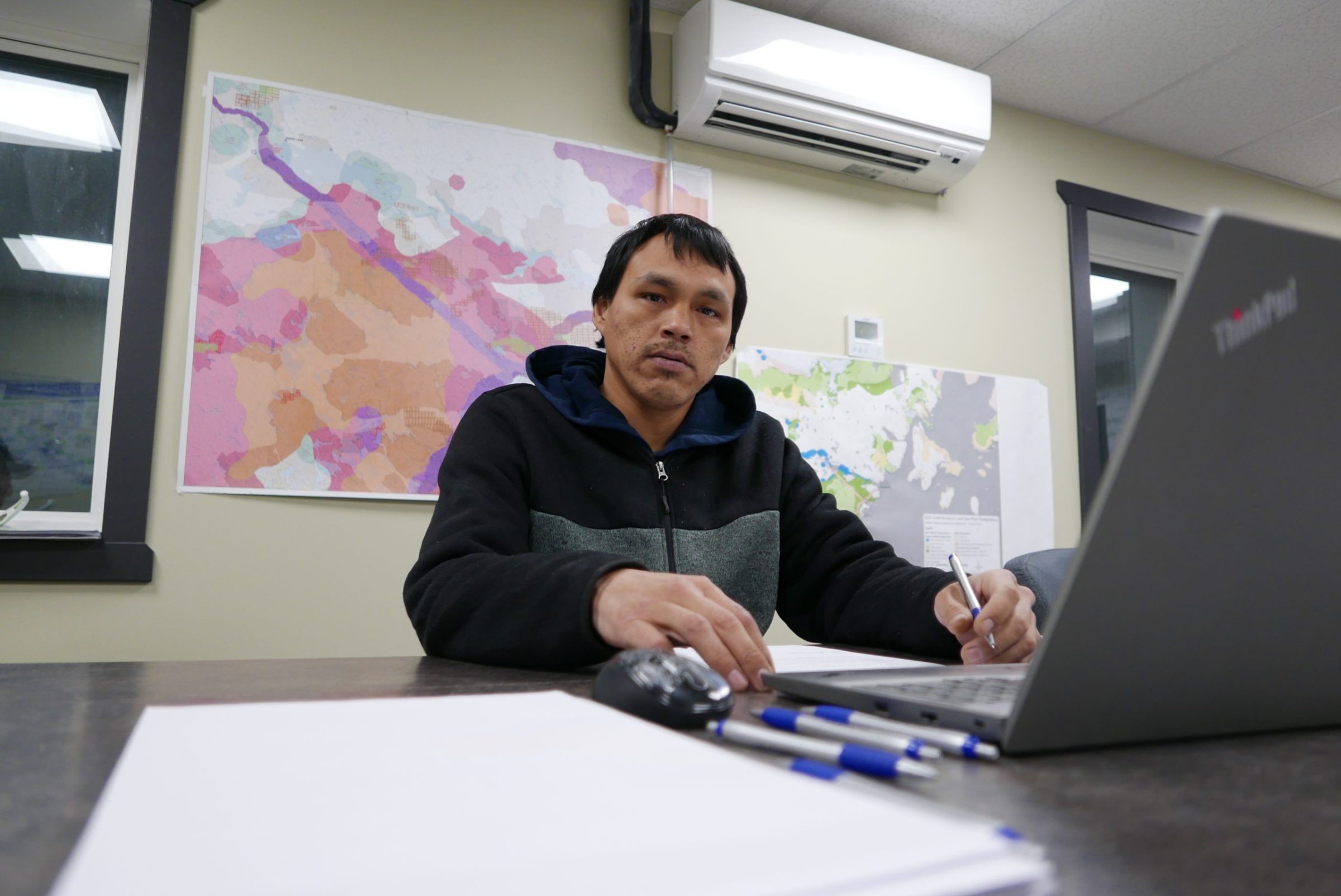 Andre Aokaut, Kangiqliniq Hunters and Trappers Organization executive director, is one of the people leading a petition to remove Kono Tattuinee as Kivalliq Inuit Association president. (Photo by David Venn)

Members of the Kangiqliniq Hunters and Trappers Organization believe they finally have the attention of Kivalliq Inuit Association after filing a petition calling for KIA to remove its president, Kono Tattuinee.

The hunters launched the petition Oct. 12 and since then, 202 KIA members have signed it: 100 each from Baker Lake and Rankin Inlet, and one each from Naujaat and Coral Harbour.

“[KIA’s] not listening to their beneficiaries, their people — ourselves along with other community members,” he said in an interview.

The issue stems from September, when members of HTOs from the seven Kivalliq communities got together for a hearing about the Nunavut Planning Commission’s draft land use plan.

At that meeting, Tattuinee allegedly said he wants KIA to have the ability to allow mine exploration on caribou calving grounds, according to the petition.

Video from the meeting shows Tattuinee stating, “Any development on calving grounds would only occur after thorough consultation — thorough — with affected communities.”

KIA “would only consider supporting development of a mine in a calving ground under very specific conditions,” he said, including that a potential mine may be underground and only operable during non-calving periods.

The petition states that these words “dismissed the demand by Inuit of the Kivalliq” that these areas be closed to mining exploration.

The hunters also claim Tattuinee broke a KIA bylaw by not allowing Aokaut to cast a vote at an Oct. 5 regular board meeting, during a discussion on a mine expansion.

The petition includes a third allegation, that Tattuinee violated another bylaw the next day by not allowing Aokaut to table a motion to stop mine-related road construction in order to protect caribou migration routes.

However, in a letter posted to the KIA website on Oct. 13, Tattuinee called the hunters organization’s claims “unsubstantiated and unfounded.”

He wrote that KIA puts “the highest importance to the protection of caribou, while considering any potential economic development opportunities that will benefit the region as a whole.”

Tattuinee wrote, “No decisions have been made by the Kivalliq Inuit Association with respect to development on the calving grounds.” 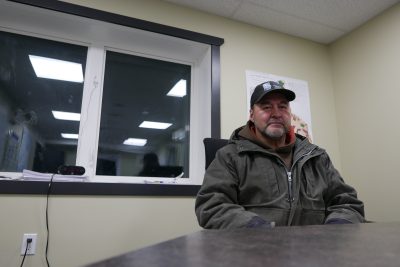 Kangiqliniq Hunters and Trappers Organization chairperson Harry Ittinuar said the organization is starting to speak up about protecting the Qamanirjuaq caribou herd. (Photo by David Venn)

Harry Ittinuar, chairperson of the Kangiqliniq Hunters and Trappers Organization, said protecting caribou is more important now because Rankin Inlet hosts one of the largest herds left in North America, the Qamanirjuaq herd.

“We are starting to speak up,” Ittinuar said. “We won’t just stand by anymore.”

Ittinuar said KIA was not willing to meet with the hunters organization prior to the petition. But now, he said, it is trying to schedule a meeting.

“As soon as we did something about this and got their attention, now we mean something. In the past, they didn’t have time for us,” Ittinuar said.

He added he wants organizations to come together to form a good management plan for calving grounds.

Ittinuar said if regional Inuit association’s board doesn’t act on the petition, the hunters will forward it to Nunavut Tunngavik Inc., KIA’s parent organization.

Inuit of the Kivalliq chose Tattuinee to represent them, Enuapik said, and that should be respected. He said he wants to see what other options are available before committing to asking Tattuinee to resign.

On the matter of keeping calving grounds open to mining exploration, however, Enuapik is firm.

“We are totally against that,” he said in an interview. “We don’t want it to be disturbed.”

His message to KIA is that the rocks, minerals and gold aren’t going anywhere and can be left for future generations if they want.

“Why are they in a hurry when the rocks won’t even move? One day, they will [mine],” Enuapik said.

Aokaut agreed, saying his children and grandchildren can operate a mine once they are ready.

“We need all these young graduates to go back to university to get into this mining stuff,” Aokaut said. “That way our resources stay within the territory and locally.”

This article has been updated to include Kono Tattuinee’s written comments, from a letter he posted to KIA’s website Oct. 13.